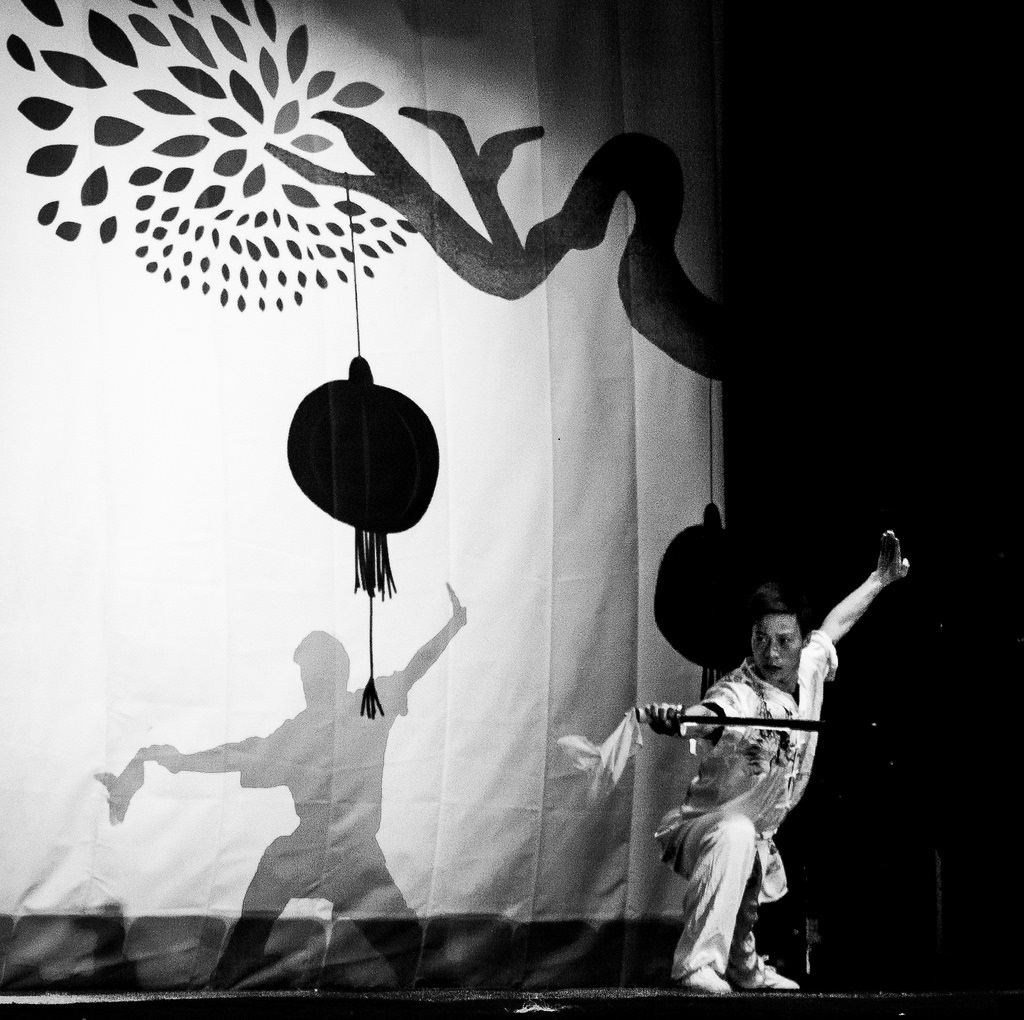 About three years ago I started practicing yoga.

I had just graduated University and was spending my first year post-organized-education, teaching English in Korea. That year held a lot of changes for me, not the least of which was my discovery of yoga and Zen meditation.

I loved the concept of a lifelong practice that was never finished and yet always improving. I practiced as consistently as I could in the midst of a turbulent year in Korea, and continued that practice once I returned to Montreal.

Then, last year I started studying Kung Fu intensely and loved it so much I dropped everything else, including yoga. The need to practice grew. I started going to three or four classes a week and practicing at home as much as I could. I was hooked and I was pushing myself as far as I could go, which is what I’ve always done.

The constant thriving for perfection of Kung Fu. The never good enough. The belief that we were training to help the world, to protect the weak. The go go go, the do do do, the need to improve, the responsibility, but more than anything it was an image. It was the image of a protector.

Then about two months ago I left Montreal behind. I put my stuff in storage and came to Costa Rica to work as a writer for a yoga resorts blog. Leaving most of my life was surprisingly easy, the hardest decision was actually leaving my Kung Fu behind. I became resolute that I would not let it go.

When I first arrived at the resort I planned to continue my daily Kung Fu training and simply add the resorts’ free yoga classes onto what I was already doing, but I found that the only free class was at 9:00 a.m. Breakfast being at 7:30 it felt too weird for me to practice so soon after eating. So, I didn’t. I woke up at 5:00 every morning and continued my Kung Fu and left the yoga for everyone else.

About four years ago I broke my face. Cracking three teeth on the side walk, I had torn myself up, hit my head, and looked like a terribly unskilled street fighter who couldn’t take a hint.

I was able to cap the two lateral teeth but my right front tooth, well, it had to come out. I spent the next year having multiple surgeries, and some point along the way, I spent three months without a front tooth. It was a hard time, but in the end I learned to smile the holiest of smiles; an un-self-conscious one.

Finally one week before going to Korea, I got my new tooth.

So what’s the point of telling you this?

For four years the tooth was solid. No issues whatsoever. But before coming to Costa Rica my training became increasingly intense and some of the punches I was practicing dealt with vibrations. I hadn’t realized it at first, but the reverberations I was sending through my body were knocking my tooth loose.

It fell out twice before leaving Montreal, and then within two weeks of being at Blue Osa (and training everyday) my tooth fell out again.

My body was rejecting Kung Fu.

Call me vain, but even though I loved Kung Fu it didn’t seem worth having to replace my tooth every two weeks. I tried to let it go, but, alas the things we love are not so easy to let fly away.

I turned to yoga and started developing a personal practice, and it was really good.

I was feeling more relaxed, I was still nurturing my discipline which I had been getting from Kung Fu and I was definitely more denturally firm than I had been for the last month, but I missed the strength and quickness Kung Fu had given me. I had felt so powerful and so effective. The feeling after yoga was serene and calm and self-accepting but I wanted the power. I mean, Kung Fu made me feel strong and like a protector, like nothing could touch me, I couldn’t let that feeling go without a fight.

I had stopped Kung Fu but I hadn’t stopped thinking about it.

Every morning as I prepared to do my personal yoga practice, I always entertained the thought of doing Kung Fu instead. I even wanted to mix the two.

I figured I could interject some the Kung Fu holding poses like Horse stance, plank on fists and crane in the middle of my vipassana and add some kicks and punches before savasana. For the moment though I just stayed with yoga.

Then a couple of days ago I came to an eagle pose in my practice and stopped mid flow. I thought to myself that this was the perfect chance to throw in a crane stance, but I couldn’t decide.

I stood there deliberating, frozen by my own indecisiveness, when suddenly a bird swooped into the open air studio, past my face, and veered upwards at an impossibly tight angle only to slam into the roof window. Falling in a limp heap, I heard him hit the ground with a thud.

I left my practice and went over to the bird to see if he was still alive. As I got closer I could see that his body was heaving. His neck was broken and he was taking his last breaths. I wanted to do something. I wanted to help or comfort the animal, anything.

I moved nearer wondering what to do and noticed that his breathing became more distressed the closer I got. I knelt down next to him and looking at him I saw absolute fear in his eyes. Looking at myself reflected in his gaze, I saw clearly that death wasn’t what was scaring him, it was me.

Here he was dying, and I was so adamant to help him that I was willing to make his last minutes on this earth absolutely terrifying if it alleviated my peculiar sense of guilt.

I realized the only thing I could do for him was walk away. So, I turned and went back to my practice, forgetting about the Kung Fu stance, I continued from where I had left off.

As I came to savasana, the maid came in to sweep the floors as she did every morning. I opened my eyes and watched her pick up the birds lifeless body and throw him into the trash.

I told this story to a few others, most of whom were saddened by the chain of events and the dying bird, but looking back I’m happy to know I did everything I could.

I truly believe the universe sends us signs to help us go with the flow, but as with me I think we often force and hold on to things despite these signs.

The universe will help and send us messages that only we can understand. It starts by throwing a pebble. If your attention is not seized, the rock gets bigger and bigger until finally it throws something you simply can’t ignore.

I have stopped forcing, I’m trying to stop holding and the more I listen to rebuild the report with my body, the more I find myself going with the flow and leaving Kung Fu behind. Not by mental choice but more out of practicality with what I need and where I am.