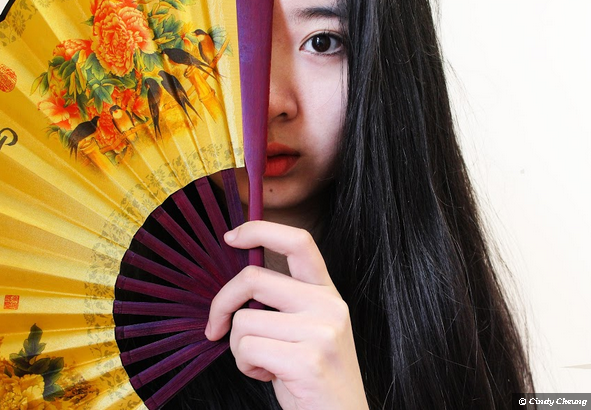 My mom has never been one to give advice.

She’s extremely reluctant to voice her thoughts when it comes to telling someone what to do with their life because she strongly feels a life needs to be experienced via the choices made by the individual and should not be determined by the opinions of an outside party.

So it was kind of a big deal when my mom told me one day that I was a fool for sharing my past with someone I was dating. I was talking to her one day on the phone, telling her about the relationship I was in at the time, how it was going really well, how I was feeling more and more comfortable in it, so much so that I shared details about my past—my life.

Because, you know, that’s what people do when they’re in a relationship, right?

“Wait—you’re going to tell him, or you already did?”

“Oh, Andrea, why did you do that? Never share your past!”

What? Why not? I cared about this person, I trusted him, and we got along so well…why was it a bad thing to open up and show him the more private details of who I was and what I went through that ultimately led me to be who I later became? I wasn’t ashamed. In fact, I was proud.

I was proud that I went through some seriously frightening times and came out of it alive and kicking, and did not devolve into a cold, bitter creature.

She piteously cluck-clucked over my naiveté and told me I did nothing but give my then-current relationship ammo to hurt with me with later. I curtly informed her she was wrong.

Slowly, “I can’t believe someone would do that to you” became, “I can’t believe you would let someone do that to you.” And, “I think it’s really great that you went through that trauma and are still so positive, you’re a really strong person” became, “I think it’s kinda pathetic that you allowed yourself to be treated that way, you’re a really weak person.”

The dynamics of the relationship changed dramatically. Now that I was being viewed in a different light as a “weak” person who “allowed” others to treat me poorly, his respect for me deteriorated, which of course led to my respect for him to deteriorate as well.

No matter how I tried to explain it in the many arguments we would later have, he couldn’t understand that I did not in fact “let” myself be abused. He couldn’t grasp that I did not “allow” myself to be hurt. As far as he was willing to see it, because I “chose to stay” (said in the most abrasive and condescending tone) in the abusive relationship, I was not only weak but stupid as well, and did not warrant his respect any longer.

No one ever asks to be robbed, disgraced, beaten, raped, terrorized. People do, however, let themselves be forgiving. We allow ourselves to be hopeful that the storm will break, that the sun will rise. We let ourselves remain faithful to the idea that if we are patient and kind and loving, we will get a pay-off in the form of a happy and loving person who appreciated the fact that we stuck by their side, for better or for worse. People let themselves believe that their love is stronger than their partner’s anger.

Why is that viewed as weak?

Why is that viewed as pathetic?

I love a good story, tales of derring-do and trials and tribulations. I love hearing about falls from grace and climbs to glory.

To cite a writing commandment by one of my favorite authors:

“Be a sadist. No matter how sweet and innocent your leading characters, make awful things happen to them—in order that the reader may see what they are made of.” ~ Kurt Vonnegut, Jr.

In short: test the mettle of the character’s character. And maybe this is my own personal neurosis, but for me, this rule applies to “real life” as well. I love hearing about rough pasts that ultimately ended in victory. Can I get a “Right on!” and a high-five?

Apparently, no. Apparently, having a rough past simply means that person is a spineless sucker who clearly has no self-respect or confidence and deserves to be looked down upon with scathing pity.

I don’t like being made to feel that I need to be ashamed of things that happened in my past, covering my face in humiliation. But according to my mom, it isn’t so much covering my face in shame as it is keeping things to myself because it really isn’t anyone’s business—my life and the details therein, particularly the darker bits, are my own private affair.

Ladies and gentlemen, how do you feel about sharing the not-so-pretty parts of the past, when once upon a time things did not end with a happily ever after? Is it better to keep the negative things tucked away? And why?

Andrea Charpentier began her love of reading and writing in the back issue boxes of comic books that dominated her family’s hobby shop. Raised by a Catholic Yankee and a Bud… Read full bio