My India: The Awakening of Love. ~ Jen Vera 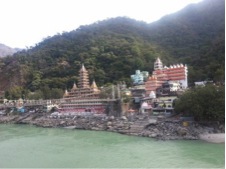 *Disclaimer: The below represents the personal opinion, view or experience, of the author, and can not reflect elephant journal as a whole.

Disagree with this Op-Ed or opinion? We’re happy to share your experience. If you are offering a rebuttal, please say so in notes, and we will give it priority if it passes the smell test. elephant takes our role as a community forum as a fun privilege, and is always happy to make corrections or in rare cases take an article down as need be.

Elephant is a diverse community. We are reader-created. Many blogs here are experience and not fact or The One Right Point of View. We welcome all points of view, especially when offered with more sources and less invective, more frankness and less PR. Dislike this Op-Ed or opinion? Share your own take here.

“You need to learn to sit still,” he said.

That bit of advice didn’t surprise me.

I was the typical type A; my ambition outweighed my sense half the time. My travel partner laughed when I sent her the multipage excel sheet I had done about our upcoming travels to India. I learned quickly that you can’t make plans in India.

India makes plans for you.

Despite that, I was still overly ambitious—in fact, I had already booked my flight to Delhi. Then  a week later, a train to Varanasi—which meant leaving the ashram two weeks early. I was restless and driven—determined to see the entirety of India in just three months

“Your biggest challenge in this lifetime will be surrendering to God. You’re a good person, yet your doubts about God exists. It is better to be bad and love your master than be good and harbor doubts.”

The Vedic astrologer’s words cut me like a hot knife through butter. Here I was in India—the land of many gods—at an awakened teacher’s ashram.

Yet I was doubtful.

I walked around incredulous and skeptical, convinced I was open to everything simply because I had chosen to fly all the way to a foreign land, practice some meditation and stay with an Indian guru.

As if that’s enough to find God.

“Ask Amma to help you open your heart,” the Vedic astrologer’s parting words to me sent me rushing to the store to pick out a beautiful red and gold sari to present to Amma. I kneeled at her feet I prayed for her blessings on my journey.

I prayed for surrender.

“How do you surrender to God?” Nick* looked at me in that penetrating way he’d been staring  at me for days.

“You don’t. The whole notion of surrender itself implies not doing anything. You’re already surrendered.” I sipped on my tea letting his words sink in.

Nick and I had been spending a lot of time together in Rishikesh, the epicenter of yoga in India. The whole town was picturesque in its immense beauty and peacefulness. It is situated along the Ganges River, the mother river to so many along the foothills of the Himalayas.

Rishikesh emanates a sense of ethereal tranquility. The vibration of “Om” is the omnipresent soundtrack to every scene.

It’s no surprise then, the ease in which I fell in love.

On New Year’s Eve I met Prem Baba, an awakened guru from Brazil. His ashram was full of music, and I was so pleased to hear the familiar sounds of acoustic guitars and singing in Portuguese.

It reminded me of home—music, the heart of Latin America—which beats its Latin rhythm through the hands of my South American brothers here in India, of all places. It was 2014, and Nick put a yellow flower in my hair.

He hugged me so hard it took my breath away.

In the mornings Prem Baba would have his satsang, where he would answer questions of those present, about God, purpose and relationships. There would be prayer and praise through music, both in Sanskrit and Portuguese and the joy of just being present permeated the space.

I had never met anyone like Nick before. We had met on the rooftop of the guesthouse where we had both stayed in Varanasi, the city of burning bodies. He was an Australian intellectual with this joyful, boyish quality to him.

Nick saw the world so differently than I did—he opened my eyes.

Through his own example and my own readiness to experience, I learned to be. I learned the immense power of presence in each moment; that “now” is the only thing that exists in a continuous way through an interaction with someone else.

It was something I was well-equipped to experience after my Vipassana meditation and after my heart burst open in the presence of two teachers, Amma and Prem Baba.

I was ready, and Nick was there.

He was a horrible singer, yet he couldn’t stop singing. I even started to like it after a while. He was tall and muscular, yet insisted on being the little spoon. He was sharp and articulate, yet condemned words because they would never suffice in articulating everything.

With him, I found a rhythm between his breath and mine, and we began to dance. It was as though Nick and I had known each other forever.

Writing this I realize that he was right: words cannot suffice to explain all that transpired between us.

Even so, we both had plans. The day he was set to go live in his ashram, we had gone to yoga together then to Prem Baba’s satsang. Afterwards, we walked down to the river where Nick sat on a rock then turned to face me.

“I have to tell you something,” he said.

This can’t be good, it never is when someone looks at you that way and says those words.

My poker face on, I took a deep breath and braced myself with pursed lips. “There hasn’t been the right moment to tell you. I’ve wanted to, yet I haven’t wanted to. I have a girlfriend back home,” He finally stammered out.

“It’s not me, this particular mind/body has a girlfriend and I didn’t tell you because I knew it would have changed how we acted and our ability to be present. Look at what a beautiful dream we’ve created together these past few days.”

I understood and felt compassion despite my anger. Once I was through with my barrage of questions and lectures, it was I who sang to him—surprising us both.

“I love you this hour

But I may never get there to prove it

I loved him in that moment, in that place, without obligation, without commitment; all of those hindrances to pure love that makes it so impure, so conditional.

I loved him without expectation, the way God loves us despite our own reservations or issues.

When I looked at him I saw a mirror, and in that mirror I saw God.

*Names have been changed.