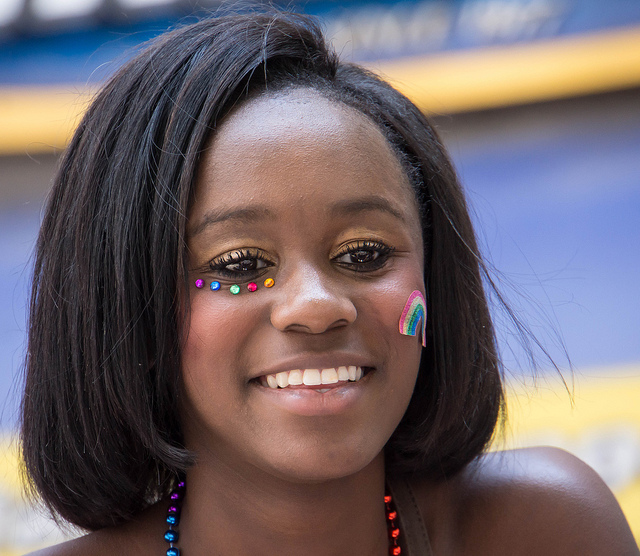 This is the second installment in a series of interviews.

What are some of the misconceptions and frustrations you frequently face because of your sexual orientation?

Those who don’t have much exposure to gay people bring a lot of confining stereotypes to our interactions, like ideas about how a gay woman is supposed to look or behave.

Many assume that gay women are “supposed to” have more stereotypically masculine appearances, behaviors and interests. Of course, the reality is that there exists a huge spectrum of what a lesbian can look or behave like, but when many people hear the label “gay,” they then use it to create a very confining scope from which to learn about me.

This is frustrating because people approach me with preconceived notions of what they think I need to be like and they make assumptions about me before knowing who I am. When I meet new people and they find out early in our introduction that I am gay, many instantly use this to define how they look at me.

I know I bring a lot to the table as a whole person, but instead this singular aspect of myself is used as a way to inaccurately label me. In these cases, people learn about me with blinders on; if I’m not fulfilling their preconceived notions, they aren’t able to absorb the parts of me that fall outside those boundaries.

My other main frustration is the constant struggle to legitimize my orientation.

Society does not view lesbianism as a legitimate orientation or lesbian sex as legitimate sex; when two men are 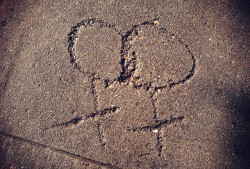 And so gay men struggle because many are threatened by them; people fear them and they aren’t as free to express affection in public. Gay women, on the other hand, are at far less risk of being harmed or injured in public, but that’s because we aren’t taken seriously, we’re not considered “real.”

An example of this from my life happens when my girlfriend and I are out at (straight) bars. She and I both still get approached and hit on by men frequently because we both kind of fall under the “lipstick” category, so it’s assumed by our appearance that we are straight.

When it comes up with these men that we’re together, nine times out of ten they comment with some variation of “you just haven’t been with a guy who knows what he’s doing yet,” or “you just haven’t had the right penis.” The subtext here is that he can change me, that he could “turn me straight” with his sexual prowess.

These types of responses underscore the reality of our cultural obsession with penetration and the penis. I believe this is part of the reason lesbianism isn’t taken seriously; because our sex doesn’t involve a penis, it’s not considered sex. With two gay men, there’s still penis so it’s still sex, but with two gay women there’s no penetration so it’s not legitimate.

What’s funny about this is that even straight women don’t need penetration or a penis to get off, and a lot of our pleasure spots are positioned in such a way that they don’t require either. So even a straight woman can have a good sexual experience with a man without penis involvement.

So I think that’s why lesbian sex in particular is taken as such an insult by many men—they’re having to come to terms with the fact that women don’t need the defining male part to have a great sexual experience. These men then translate this in their heads as women don’t need men, which of course isn’t true; I don’t desire men for sex but I still need people in general for connection and some of the most important people in my life are men.

And, so, I think the fact that lesbianism is perceived as a threat to manhood forces us to redefine how we see manliness, masculinity and what makes a man great.

I’d also like to reiterate that my being lesbian is not a result of bad experiences with men. It’s just a part of me, like my temper or my compassion. It’s not something that can or should be changed, and it does not mean I think all men are terrible. A surprising amount of people think I hate all men because I’m a lesbian, but in fact a number of the most important people in my life are great men. I use the same measuring stick to determine what I think of a person regardless of sex or gender.

How have your understandings of gender and gender roles developed?

Obviously, issues of gender go completely out the window. In hetero culture, most structures are still fairly black-and-white: pink is for girls, blue is for boys; certain sports are for guys, girls like to shop; household products are marketed toward women, tools are marketed toward men.

In the homosexual community, we’re already operating outside the boundaries of those norms. 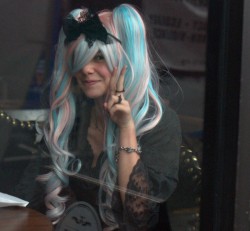 We’ve already crossed the line, and with that comes an immense freedom to explore who we really are, because no matter how hard we try, we’re never going to fit into already-established norms. We learn to accept a giant spectrum of what gender can look like regardless of sex, and we really have no singular definition of what gender can be.

So this is big for gender roles, too. In a heterosexual relationship—apart from culture in some locations, or individual couples who are more progressive—there exist many pre-established roles that we subconsciously adopt (e.g., the man in the relationship may be more likely to hold a door open or pay, etc).

So when we eliminate one of those roles in a homosexual relationship, it’s left to the two people involved to fill in the gaps. We’re starting from scratch with regards to what those roles are going to look like.

In my interactions with women, we have zero assumptions about who’s going to hold the door open, who’s going to be more affectionate, who’s going to pay for something, and so on. So we just do exactly what we feel like; our actions are more spontaneous and less structured around predetermination. As the relationship develops, we assume roles based on our individual strengths and weaknesses.

We’re able to fit those roles to our personalities rather than trying to adapt our instincts to restrictive ideas of gender.

For me personally, this is one of the many, many reasons I feel more at home in my own skin since coming out. I now have this space to be free of gender expectation and just go with what feels right for me.

*If there are any topics you’d like Victoria to address in the future, feel free to leave them in the comment section below!