Reports of the Demise of Bikram Yoga are Premature. ~ Eric Jennings Disclaimer: The below represents the a personal opinion, view or experience, and does not necessarily reflect elephant journal as a whole.

Disagree with this Op-Ed or opinion? We’re happy to share your experience. If you are offering a rebuttal, please say so in notes, and we will give it priority if it passes the smell test. elephant takes our role as a community forum as a fun privilege, and is always happy to make corrections or in rare cases take an article down as need be.

elephant is a diverse community. We are reader-created. Many blogs here are opinion and not fact; views and experiences rather than The One Right Point of View. We welcome different points of view, especially when offered with more sources and less invective, more frankness and less PR. Dislike this Op-Ed or opinion? Share your own take here.

(In response to Zoe Kors’ article.)

I may be too cynical, but the inclusion of the word “Evolution” in the title and the focus on Mark Drost makes me smell a rat.

I’d love to know if there’s a connection between the author and Drost who has been attempting to take advantage of the controversies and division in the Bikram Yoga community to promote his own brand of yoga studios and teacher training. Hot yoga originated with Bikram Yoga some thirty odd years ago and has been an “evolving” phenomenon ever since.

For at least as long as I have been practicing (14+ years) there have been Bikram-inspired hot yoga classes and studios competing for business. I don’t see a new movement away from Bikram Yoga but, as the article points out, a movement away from being associated with Bikram Choudhury and Bikram, Inc.

There may be a lot of good reasons for breaking affiliation and association with Bikram Choudhury and Bikram, Inc. but there will still be many thousands of people who want to continue to practice it in its present form. There are 650 Bikram Yoga studios worldwide because it is a popular and beneficial practice. I’m going to continue practicing and teaching Bikram Yoga not out of “fear of change” but because it’s a greatly beneficial and widely popular practice.

I understand why people may want to change the name of their businesses and studios but suddenly denouncing a yoga style that one has been practicing, teaching and promoting for years (or pretending to by simply calling it something else without substantially changing it) is hypocritical.

Admittedly, these are difficult issues and decisions and, as a studio owner, I have been struggling with them for a long time.

My studio has been contemplating a name change for over a year. But, as I have stated elsewhere, I have a loyalty to my clients and fellow practitioners that I will not walk away from easily.

I will not abandon a practice that has been substantially and profoundly beneficial for so many people simply because the man who created it is no longer someone I wish to support or be associated with.

It’s easy for some of us to “separate the man from the yoga” in the face of the accusations being made against him now because we’ve been doing it for so many years. It’s not a defense of him or a denial of anything—it’s merely what we have to do in order to hold on to something precious in spite of feeling betrayed by the man who introduced us to it.

At my studio, we approach it as a Mind/Body practice and we place an emphasis on the mindfulness and meditative aspect of a hatha yoga practice. The vast majority our clients do not come to us looking for spiritual guidance or teachings. They come to get fit, to de-stress, to recover (from injury, illness, substance abuse, domestic violence, child abuse, etc.) to deepen their understanding of their bodies, to establish and enhance their ability to control or calm their busy minds.

There is no formal spiritual practice that wouldn’t consider all of these to be important steps in living a righteous (read yogic) lifestyle. To imply that Bikram Yoga is not spiritual is disingenuous. What it is not, is religious. Our Christian, Jewish, Muslim, Atheist, Hindu, and Pagan clients might be disappointed to learn that their experiences with hatha yoga practice are somehow incidental to their spiritual life.

As for Pantanjali and his Yoga Sutras, he is a historical figure who wrote a series of aphorisms about an esoteric practice that has been vastly misunderstood and misinterpreted. Pantanjali didn’t create yoga, he wrote about it.

More specifically, the hatha yoga we practice today has little to do with him and the Sutras. The modern roots of Bikram (hatha) Yoga lie in the physical culture movement that was prominent in the late 19th and early 20th centuries in which his guru, Bishnu Ghosh, was a pivotal figure.

Paramahansa Yogananda and Bishnu Ghosh may have both been trained in the Kriya Yoga lineage but Ghosh went on to promote and teach what is known as “householder” yoga. Followers of Ghosh would be more likely to be ordinary citizens and people living in the world than the ascetics who traditionally practiced yoga as an “eight limbed path.” But that doesn’t mean the physical culture movement was non-spiritual. Rather, it made some key elements of what was previously an esoteric spiritual practice for monks and priests available to anyone.

Bikram Yoga is a foundational practice.

Its brilliance is that it is one of the most accessible and effective yoga systems for bringing average people, of all ages, shapes and abilities together in a shared activity that has profound tangible benefits for the individuals who practice and their families and communities.

Is it perfect? No. Is it for everyone? No.

Bikram Yoga can’t be everything to everyone but it can continue to remain a legitimate choice for a lot of people. As my studio, like many others, is beginning to offer other kinds of classes and alternate asana series, a question we get asked frequently, even from those who are excited about the new offerings is, “You’re not going to take way my 26 & 2, are you?”

No matter what happens on the legal front, no matter how many Bikram Yoga studios change their names, no matter how much damage Bikram does to his reputation with his outrageous behavior and comments, I see no shortage of people who continue to look to Bikram Yoga in its current form for a profoundly personal and fulfilling practice. 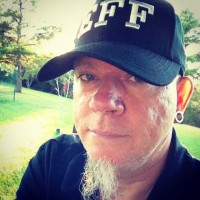