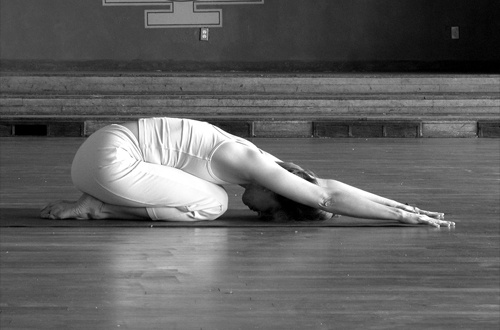 Time to get my ass into gear, I thought.

Spring was around the corner; Christmas time was over.

Time to squash my morning duties into an (almost) impossible time-frame, to make sure there is time for me, I thought.

I was trying to squeeze in more than is humanly possible before collecting my kids from school.

I went for a run, did some strengthening exercises, attended a house viewing, ran home and had a shower. My cleaner luckily was coming to help me a for couple of extra hours that week.

On her usual day, I knew her routine and stayed out of her way. This day, for some reason, she had moped an odd bit of floor.

I saw it had started to rain, a dirty Sahara desert coloured rain. My daughter’s white school trainers were drying on the balcony. As I was in the habit of running around everywhere that morning, I dashed to get the trainers in, before a few spots or rusty rain were able to necessitate more washing.

I noticed the wet floor only once I was upon it, as I slipped I recalled simultaneously noticing I was wearing only the slipperiest of socks, before a huge crash brought me smack down, painfully on my derriere.

I have injured myself through recklessness many times before, but this felt noticeably worse. (As my mother later said, well dear, you are older now, and you have had children.) Every bone in my body seemed as though it felt the impact and shook in response.

I cried and screamed with an abandon which I never usually allowed myself.

Usually with pain, I gripe and cry a bit, but this thump at the bottom of my spin, which ricocheted up the entire vertebrae was something else. It felt as though some primal pain, with no holding back was released, it was like all the pain I had been holding in came out.

I writhed screaming and crying on the floor. As the initial pain dissipated, and I became aware that this would be a great test of my 30-year old vegetarian bone strength, I realised most of me was okay—my bones were good. But my lower back remained quite tight and sore.

Nothing felt particularly broken at that point, I could move and walk. As a mother I think we often have to put our needs aside until later, so (as I had to prepare my family’s dinner) I got up, got the cleaner to spray my back with lots of ice spray and got on with chopping the veggies.

I found I could not bend or reach with ease, but I was okay as long as I kept movements slow and small.

In the days and weeks that followed, it seemed my tailbone was in fact, fractured.

Annoying as this was, it was a great lesson for me.

The main thing I realised was this: we hold in a lot of pain.

Years ago, before kids, I spent hours a day in meditation. I had a sensation or awareness on a number of occasions, sitting in deep meditation, of my inner core structure being surrounded by some large knots. My awareness could not penetrate them. They were like solid, immovable locks.

When I slipped and banged the bottom of my spine, I screamed and later cried with an abandon I never usually afforded myself.

I had noticed in run up to this, for some time when I had stubbed my toe or cut my finger, it felt as though I would cry about more than that physical pain, but it felt like something a bit deeper was being released—something I maybe pushed down when there was just no way or time to let it out.

We need to view these events in a slightly different way, that is as cleansing and healing opportunities, rather than a passing event that just needs to be endured and passed through.

I also had to make some practical changes to get by:

1. I got down the Epsom salts I had bought a year ago, and allowed myself my first bath in four years.

As a busy mum, I had not given myself this time since my kids were born, and had forgotten the therapy-like benefits of a long soak. This is now an (almost) weekly ritual. The Epsom salts and lavender provided immense relief for my lower back.

2. I learned to slow down. As well as not allotting time for baths, I had neglected time to sit. Time to enjoy, time to contemplate and time to meditate. There is almost so much to “do,” that it’s easy to judge the quality or success of my life, or my achievements, by the infinite to-do list.

That habit is a road to no joy.

3. I appreciated what I had. Not only appreciating what it felt like to be in a well-body, rather than obsessing over trivial maladies, I appreciated my friends and family in a new way. I don’t know what it was about this, rather trivial incident that changed my whole perspective, but I became dependent more on my friends and partner. I felt more humbled, more vulnerable and more grateful.

In summary, I learned to sit, all though a bit wonky, on one hip so as not to put direct pressure on my damaged bone.

I allowed my time to be focused on the necessary healing. 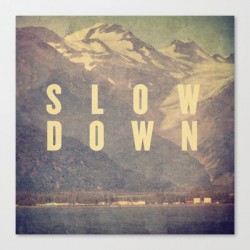 I loved more, I was grateful to simply not be alone. To have all those close people around me that offered help, even if minimal. When we live far away from our families, sometimes it feels very polarising, but it is times like these when I really realise that those few close relationships I have are stronger because of the intensity.

I learned what a wonderful thing the body is, and how we can recover and mend so efficiently. Sometimes we become so focused on the tiny thing that is wrong, we lose sight of all the things that are, or were, right.

I learned that even if we are not perfect all the time, we are fine most of the time.

I remembered this quote I had heard from a recording of a British Theravada Monk. It got me through the early days of my children’s life.  (I woke up from the anesthesia of the c-section, with the most awful sensations. Burning in my empty abdomen, a scratchy throat from the tube placed down it during the emergency op, a need to cough but none of the complete muscles to do so.)

The quote was, “If you are breathing, there is more right with you than is wrong with you.”

I re-learned the importance of mindfulness. Had I been moving, slowly, carefully and with mindful/willful attention, the accident could have been avoided.

I experienced/learned experientially, that just as we must express and heal from physical trauma, we must do the same from emotional. Only when it can be released can it be healed from. And that, if we just choke it down, it does not go, it has to come out eventually, and it will find a way.

I live in a place with a beautiful outside view, the best view on the island some have said.

But honestly, until now I would often become so focused on the untidy inside, the cooking and the washing that needed to be done, I barely noticed the view anymore. Now I am trying my hardest to make time to take my time, every day. Giving greater priority to resting and nurturing my self, not only when ill or injured.

I used to teach Yoga! I know how important the para-sympathetic nervous system is and must be activated. Yet as a busy mum, I didn’t see that as always an option.

I tried to do everything.

Some things would just have to remain as they were, or wait, so that I too could live my life.

Although at times frustrating, this injury has taught me the value not only of slowing down and taking therapeutic baths, but also allowing myself to be vulnerable. Allowing pain to be expressed, as only then can it really go away, healed over and strength be built in it’s place.