The Existence of the Soul—Explained. ~ Yolanda Moser 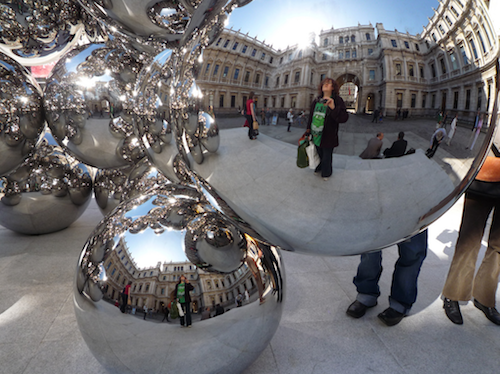 The eyes are a window to the soul, and elephants are people too.

It’s said that we, as humans, can recognize ourselves in the mirror because of our self-awareness, but what is this “self” we are aware of?

What occurs when a young human or animal sees him/herself in the mirror for the first time? Below, I share my opinions on this topic, with hopes of provoking some interesting thoughts.

Do babies recognize themselves the first time they see their reflections? I’m not sure.

I personally have a vague childhood memory of wondering what exactly my face looked like, and running to the mirror to remind myself. Even today, I have to sometimes concentrate to remember clearly what my mother’s face looks like, even though she’s one of the people I love the most. I can only see her for a few weeks at a time once or twice a year, so I’m not reminded of what her face looks like constantly, but I don’t think it’s something I’d forget easily.

On the other hand, I can point my mother out in a crowd without hesitation. I can recognize her being. I also know that, usually, when I meet people, it’s hard for me to remember their faces and/or names afterwards, unless I made a strong connection with them. Now that I think about it, seems like I’ll recognize them after only one encounter if our souls connected; otherwise, if our souls didn’t connect, I only recognize them out of pure repetition.

I am truly convinced that the soul exists. Are you? Why/why not? Is it something you’ve thought about at all? Here’s why I’m convinced.

For the sake of context, allow me to first explain where I come from spiritually. I was raised as a Catholic Christian, which included the belief in the human soul. Nonetheless, I was also lucky enough to attend the most wonderful Catholic school, where I was able to make meaningful connections with people who have dedicated their lives to God, and I had strong spiritual experiences.

Please note, I grew up in South America. Our schools are nothing like the ones in North America, so please don’t assume that whatever stereotypes exist regarding Christianity and Catholic schools are indisputably true. I can guarantee, they’re not. It’s not always like that. Which can be said of almost anything.

In recent years, I have felt an unspeakably strong attraction to Buddhism and Hinduism. It had always been there but it became stronger when I started practicing yoga.

I understand the theory behind the common Catholic belief that humans have immortal souls, and I have also experienced this personally, seeing it in other people in the contexts of Catholicism, eastern spirituality, and non-religion.

For example, when I met my current partner, my other half, I knew that this was not the first time I was meeting him. I felt our souls had connected before. In other lives? Maybe. In “heaven,” before we were born? Maybe. I also believe that we all have souls because it’s the best explanation I’ve found for how intrinsically beautiful and different humans are regardless of, well, of everything.

The presence or lack of family, blood, and cultural ties, race, gender, age, and the usual things we love to list to show how separate we are even though we all have brains and bodies that develop in extremely similar ways if not in identical ways. Yet, we are different.

One man is sweet, and plays the guitar like he invented it, whereas his twin brother is a tough guy who likes to play video games and wouldn’t say something sweet if his life depended on it. True story.

Yes, we are different, but we are all one. If you help yourself, you’re helping me. If you help me, you’re helping yourself too. Think about it. It is better for everyone when everyone is better. This is something I can, and maybe will, explain further, but it is a lot better for you to experience it in your own flesh—and soul. Go volunteer somewhere; help people; give just for the same of giving. You’ll see, you’ll help yourself.

The best way for us to see that the soul exists is by experiencing it ourselves. I did this for the first time during a short, silent retreat that I attended as a teenager.

The quiet time of prayer and meditation led me to a clear, unmistakable awareness of my own soul, even if only for a brief moment.

Perhaps we humans are not the only ones who have a soul. Who knew?

In this moving video an elephant sees a fellow elephant for the first time in 20 years. They’d known each other previously from their time at the circus, and, when they’re finally reunited, they can’t wait to be close to each other.

And let’s not forget, the first time many of us found out about the existence of elephants and their deep feelings of bonding with their peers.

I must confess I’ve cried to this scene more than once. 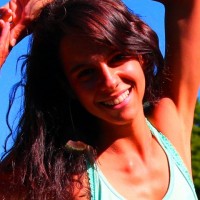