Waylon with Krishna Das: A fun, yet Serious Man with a Voice that Could Move Mountains to Dance. 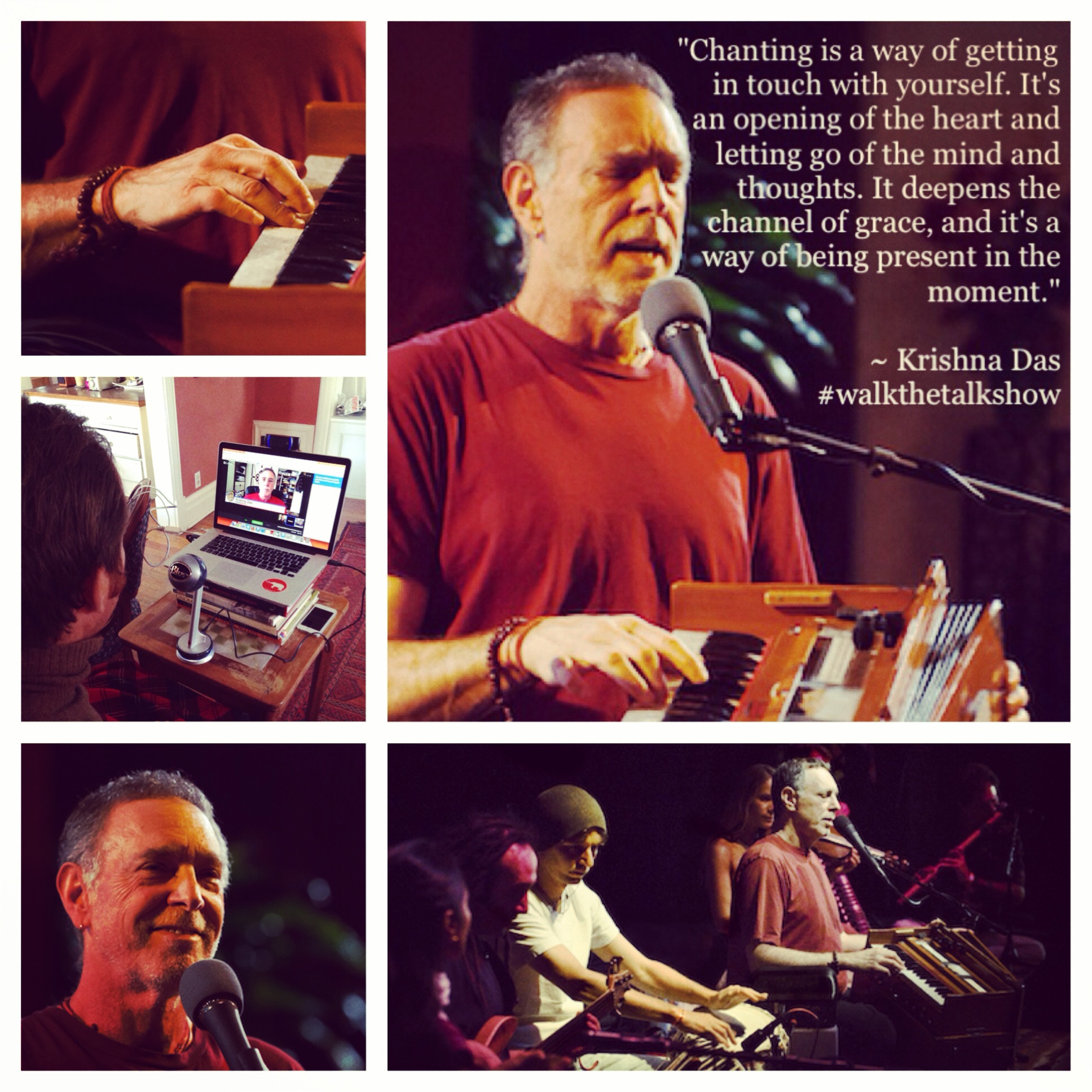 Waylon chats with Krishna Das, the cowboy of kirtan, on service as joy:

Krishna Das… “has been called the Chant Master of American Yoga by The New York Times, the Pavarotti of Kirtan by Yoga Journal and is notable for making yoga and chant music more accessible to Western listeners. His music layers traditional kirtan—chanting of the divine names—over popular arrangements and songs.”

Most importantly, he’s the real deal: a fun, yet serious man with a voice that could move mountains to dance.

From 2011: Walk the Talk Show with Waylon Lewis: Krishna Das, on The Meaning of Kirtan & True Service as Path.

Check out Krishna Das’ other appearances on elephant journal:

> A Fresh Interview with Krishna Das: His New CD.

> Five Things I Learned from Chanting with Krishna Das.

> An Interview with Krishna Das. 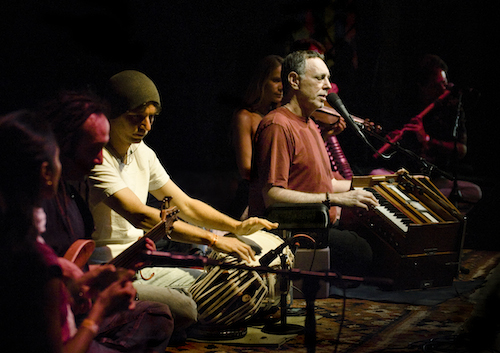 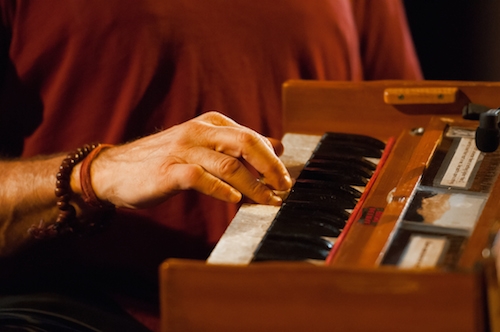 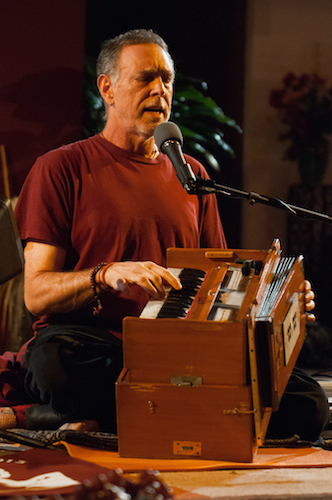 With a remarkably soulful voice that touches the deepest chord in even the most casual listener, Krishna Das—known to friends, family and fans as simply KD—has taken the call-and-response chanting out of yoga centers and into concert halls, becoming a worldwide icon and the best-selling chant artist of all time.

His album ‘Live Ananda’ (released January 2012) was nominated for a Grammy in the Best New Age album category.

KD spent the late 60’s traveling across the country as a student of Ram Dass, and in August 1970, he finally made the journey to India, which led him to Ram Dass’ own beloved guru, Neem Karoli Baba, known to most as Maharaj-ji.

Given the name Krishna Das, KD began to chant as part of following the path of Bhakti yoga—the yoga of devotion.

After two and a half years with Maharaj-ji, returned to USA—alas, six months after his return, word came that Maharaj-ji had died.

He took solace in music, finding peace and strength in both his Bhakti yoga practice as well as in such heroes as Ray Charles, Van Morrison, Steely Dan and Bruce Springsteen (whom he laughingly calls “the Bodhisattva of New Jersey”).

In 1994, KD started leading chant at Jivamukti Yoga Center, NYC, with an ever-growing audience of yoga students that has led him to chant with people all around the world.

In February 2013, Krishna Das performed at the Grammy awards in Los Angeles, California streamed online to millions of viewers. The award-winning film ‘One Track Heart: The Story of Krishna Das’ has been in over 100 US cities, over 10 countries worldwide and is available on DVD everywhere.

With the release of his 14th album, Kirtan Wallah—one who sings kirtan, KD offers a westward-leaning album, fully embracing his American roots in rock and country and yet embodying the spirit of deeply devotional Indian chants—the heart of this latest album is still in the Names that he’s singing.

Subscribe to our weekly newsletter for our best blogs of the week,
including our latest Walk the Talk Show.

For the first word on our new videos each week: subscribe to Walk the Talk Show. All videos free!

Hangout with elephant on Google+ every Monday, Wednesday & Friday
at 12 noon MST.