What is my Purpose, or any of Ours for That Matter? ~ Kara Petersen 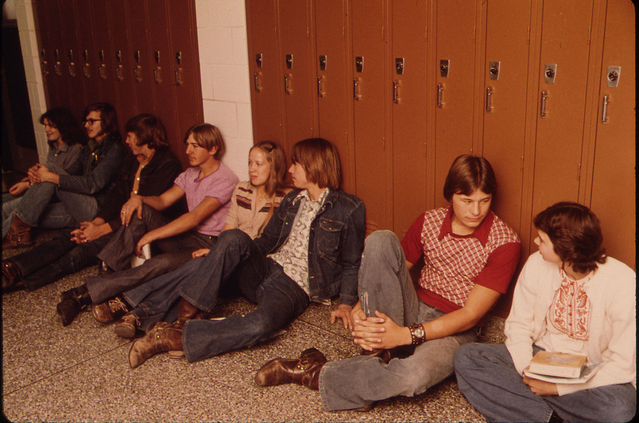 On the afternoon of Saturday, April 5th, I sat inside, slightly dismayed not to be in the sun but happy to be helping a friend by writing names on 120 place cards for her upcoming wedding.

Down the road, 11.8 miles away, practically-naked partiers paraded through the streets of Isla Vista under the blazing spring sun.

I reflected that there was a time in my life when I would have been one of them.

I struggle with my feelings about the recent event in IV, Deltopia. I graduated from UCSB (University of California, Santa Barbara) 11 years ago and still live in Santa Barbara. I grew up down wind of the University and its eclectic, noisy and sometimes riotous little neighborhood.

While I don’t condone any of the violence in IV, I fancy myself a pacifist these days. And it’s easy to remember, 10 years ago, when I was a bikini clad, beer-swigging, loud-mouth, working on a bachelor’s degree, trying to figure out life.

Now, as a pacifist, I can see there is a certain kind of beauty in destruction. I see things differently as I’ve spent decades of my life studying yoga and learning of its god Shiva who is also the god of dance, destruction and transformation among many others, in the Hindu religion.

Much of what I’ve gained from yoga is the ability to let the old be destroyed and released so that space can be cleared for transformation and creation—albeit in a much more peaceful way than Deltopia. This is not just a theme in the Hindu religion: look at Jesus who had to die on the cross for our sins to be forgiven, look at the cycle of nature—the role death plays as a part of life. Destruction is a part of creation.

I can’t speak for the students at Deltopia, I wasn’t there and haven’t been in a long time. As undergraduates at UCSB, we weren’t just trying to make a place for ourselves in the world; we were trying to create our own world.

We broke away from what we had known and been taught, escaping it if you will, to corners of our mind, of our consciousness and even, sometimes our morals. We did this to see what the fabric was made of and to begin to weave a bit of our own.

Though the fashions might have changed and the technology has definitely advanced, I can’t help but wonder if the motivations aren’t the same.

A few other things happened while I was at UCSB, too. Between the time I was accepted into UCSB and when I graduated, violent acts—close to home and far away—became points of significance in the timeline of my life and shaped the collective consciousness of our society.

The Columbine High School shooting was my first realization that such a violent act could happen to me, in hallways like the ones I walked everyday and not some foreign war zone. The violence came closer to home my sophomore year and I realized it wasn’t just something I saw on TV.

I watched David Attias’ Saab speed down Embarcadero del Mar and curiously followed the fire trucks to see what had happened.

As a young adult, I witnessed a high school like my own attacked, my own college attacked, and then my country attacked when the Twin Towers went down in the fall of my junior year in college.

Not only were we in college to create our own world and leave the old one behind, but the world we knew was being destroyed from the outside as well.

During the four years of college, everything shifted and, especially while I was there, the world as we knew it changed.

Things were transforming, including ourselves which was a powerful energy that was felt. I write now to seek understanding for the motivations and compulsions toward destruction I’ve seen in IV.

As I’ve gotten older, one thing I think about more than I did back in those days is purpose.

What is my purpose, or any of ours for that matter?

I do have to say, for whatever it’s worth, I didn’t come out of UCSB with just a diploma to hang on my wall. I have made great friends. Most recently spending time in Portland visiting friends with whom I met freshman year—who married after college and now have a one-year-old daughter. For just as many people I know who call IV, “HIV,” I know just as many who met their spouse there.

I’m constantly amazed and proud of all of my college friends and the route we have all taken in our lives. Most are quite successful in their own right as doctors, filmmakers, entrepreneurs, teachers, and a list of other professions too long to include here. People who are contributing to our world and making it a better place.

Personally, I majored in comparative literature and professional writing and editing. Still trying to sum up my four years as a student at UCSB—the purpose of it and the impact of it in my life—actually writing a novel about it.

The one thing I do know is that UCSB wasn’t just an education, it was a transformational experience that tested, destroyed, defined and created the boundaries of our personal beliefs and ambitions, and it was a hell of a lot of fun. 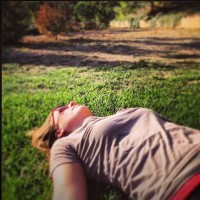