Why We All Need a F*ck It Day Once in a While. 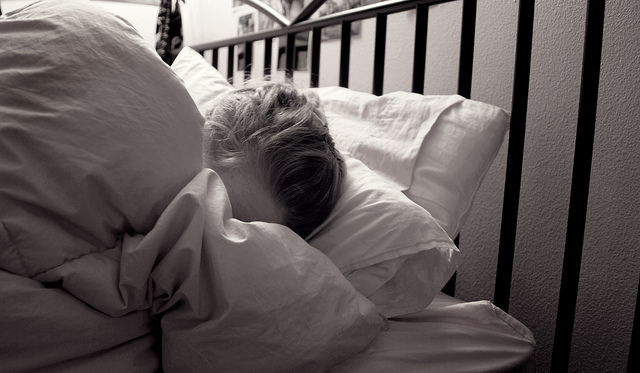 I’m digging deep into a Core Limiting Belief. I can feel it calling me, in the despair and angst that flows through my veins right now.

It started yesterday morning, with an email that triggered serious anger.

I ranted and raved and fumed—all inside my own head, before heading off to teach a morning yoga class. I wasn’t grounded. I wasn’t present. I knew it during class when I didn’t sink into the usual effortless channeling of instruction, and when I found myself composing a response in my head while my students were in savasana.

I came home, determined to meditate my angered arse into submission. Instead, I sat at my keyboard and wept, finding that the anger had burnt through to a prevailing wind of defeat. This was good. Anger only ever covers another feeling or five.

I got on my mat and meditated. I stayed with the tears, letting them come. I wish I could say some great insight rose up from the depths of my being and enlightened me right then.

Instead, I crankily got on with the rest of my day, the best I could. Writing articles, sending emails, writing a bio for a new yoga teaching gig, picking my son up from school, cooking dinner. I knew I wasn’t taking care of myself, or meeting my own needs.

That’s part of what the email was about—I felt let down, again, by sometime who is completely shirking their responsibilities. They’re being bad and getting away with it.

Me? I’m being so fucking good all the damn time and it doesn’t seem to be paying off at all.

Ah… that feels more true. Now I’m getting somewhere. Maybe this is why I felt so defeated at the hands of that email yesterday. All the goodness in the world hasn’t kept me safe at all.

When I was in my 20s, I was bad, bad, bad. I went travelling, partied up a storm, took shit loads of drugs, had promiscuous sex, only worked if I felt like it and needed the money, and refused to take on any real responsibilities.

Then I had two psychotic episodes, my fiance dumped me and I had to leave my life of seven years and come back home in total defeat. I felt enormous guilt—like I was being punished for being bad, bad, bad.

Since then, I’ve spent my 30s doing my damnest to be good. And I mean really good—the drugs are long gone, as is coffee and alcohol right now and I don’t even add sugar to anything anymore for crying out loud! I keep thinking that if I’m good enough and work hard enough and do all the right things… then… then what? This is the missing piece of the equation.

This is what I’ve never understood.

I see myself working hard publishing websites and writing books and writing articles and teaching yoga and teaching workshops and I wonder: what drives all this? What’s behind it? And why isn’t it working? That is, if you were to define working as being “successful”—as in financially and publicly. (Maybe it is working—maybe it’s just how I feel about it.)

In conversation with a friend the other night, I confessed that I felt like I’d been hitting my head on the brick wall of Financially Sustainable for years now. He looked at me, surprised.

“You’re not making enough money doing what you do? But you do it so well.”

I shook my head. Nope. Still partially on government support. He started asking a few questions about success and failure. I told him how I’d felt like such a failure post-psychosis—I mean, I’d been committed to a psych ward, that’s serious failure. I told him I’d been working so hard since then to prove I wasn’t a failure.

And therein lies the grist of it all. I’m literally working against myself (and interestingly, for years I’ve also been working against myself in yoga postures too, hmm). If I have some core belief around failure, which I also believe I can alleviate by just working hard enough and being good enough, I’m going to be stuck spinning my wheels forever.

Always being good and working hard and still believing and feeling like I’m a failure.

This morning, I sat down to start my work day. I’m on the verge of being sick. I need to lie down and rest.

But I’m afraid—I’m afraid to stop and just say Fuck It and swan around and do whatever I feel like today. It feels like the sky might fall down if I do that. After all, I did that in my 20s—I did whatever I felt like and everything imploded.

Even sitting here, writing this now, I’m trying to muster up the courage to have a Fuck It Day. It scares me silly. I can sense that I want to cry. It’s like standing on a clifftop and everyone is egging you on to jump because they know it’s the most fun ever and yet you’re so damn scared you’re on the verge of crying. (That too has happened to me: Canyon Swing Jumping. It was safe as pie, scared me shitless and I even cried.)

Can I do it? Can I step away from the computer, away from work, away from trying to be the good girl and working hard and just do what I feel like, which is mostly going to sleep?

It’s not even asking “can I do it,” but knowing I have to do it. I can feel that. Sometimes in life, moments open up where we realise that what we’ve been doing for so long isn’t working anymore and we can sense the possibility of a new road. It shimmers in front of us and all we have to do is take the first step on to it.

These are the moments when we need to be paying attention, to even see the new road.

These are the moment when we need courage, to step out on to the new road.

These are the moments that we need to trust, that this new road is the one to take.

Because Fuck It—what’s the worst that could happen, right? I’ve already been crazy, and that wasn’t so bad. The sky is not going to fall if I take a sick day, when I’m sick!

That’s me, working up the courage. I’m going to do it. I’m going to step off the treadmill and live today according to what I feel like.

And maybe, just maybe, when I get off the self-imposed hamster wheel, I’ll get to the root of the Core Limiting Belief and rip it out. Just maybe.