A Time & Place for Touching & Faith in Yoga. ~ Jenni Donnell 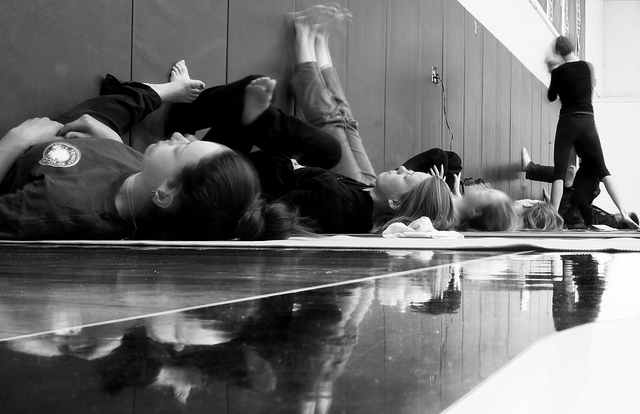 This realization came to me last week while attending a workshop with a well-known yogi. The decorated room was heated to a sweaty 90 degrees as he began instructing us through a complicated sequence.

In a roomful of people in matching LuLuLemon ensembles who could all do handstands (except me), the teacher was in good company as he began talking about his mission. He was, he said, putting the power into us as we were the gift, the magic.

It sounds good, right? Only I got the nagging suspicion that he uses the same lines with each class he teaches, as he tours around the country making big bucks. There was something lacking in his delivery, a missing element or humility.

As a writer, I’ve been to many spoken word readings and his performance felt like that, an effective schtick geared towards priming people to feel distinct emotions. Kind of like watching a greeting card commercial with a kitten or a young child helping their grandmother, one feels something automatically.

20 minutes into the class, I realized I was in his church. He was the preacher, but I was beginning to look at him with the same skepticism as I would a televised evangelist. At that point, I began to consider whether the problem was really with me. Perhaps I was looking for a reason to detach, not committing to my practice with enough earnestness.

Why was I focusing on the teacher’s recited routine and the sweat dripping down my face? Shouldn’t I be listening to his voice like everyone else, as if he were a deity instructing my body to move a certain way, while telling my mind what to think, my gut what to feel?

Which is precisely how I came to realize I teach non-denominational yoga.

What I mean by this is that beyond body awareness and teaching mindfulness, I don’t know the individual backgrounds of each of my students enough to instruct them to a specific reality. On their mat, each is having a unique, individualized experience.

They might be Christian, Buddhist, Atheists, etc. Even the music I choose can promote or demote their personal religious beliefs, so I use caution. Am I offending Christ believers when I play John Lennon’s “Imagine,” which belts, “Imagine there’s no heaven, it’s easy if you try”? Even if Christianity isn’t my faith, I worry about this when people come to my classes, as they need not be in my church. I am their champion only, hopeful that I support them however they need to be supported, without determining their mental, emotional, or physical destination.

While some instructors are heavily influenced by Ayurveda or Chakras solely, I present anything, whether or not it’s completely, undeniably proven with science as a “theory.”

Sure, there are many colorful ways in which people imagine the pineal gland to be the “third eye.” I realize this has its root in many cultures and belief systems, but since science doesn’t view it this way, I present it as an optional visual, as some people believe it brings greater clarity or wisdom.

So there I was, at the hour mark (30 minutes to go), listening to the well-spoken celebrity yogi lecture on how we don’t have enough passion or intimacy in our lives. This, he said, most of all was his mission. I considered this in Virabhadrasana I, floating to Virabhadrasana III and landing in a Crescent Lunge, then bringing my knee to my hand, Ashtanga style.

I thought of my family, my dog, my friends, the times I write poetry, or do yoga in the light of sunset—each is intimate to me. I have a lot of intimacy when I kiss my husband or we make love, staying up to talk afterwards as if we just met. Perhaps it’s correct to preach to the majority, the commonalities, but what if he was plain ‘ol wrong?

And this is when he touched my breasts.

Now, for this, I completely give him the benefit of the doubt. My breasts are small, a b-cup, so it might be harder to see where my cup runneth over. I was in a supine pigeon, or number four stretch, when he walked over and lodged my extended leg into his groin. This took a little maneuvering, before he wedged it on the indentation of his leg meeting his pelvis. Leaning over me, he pushed in and placed one hand on my chest.

Granted, in part it felt good, the stretch, and acknowledgment feels intimate. I wondered if suggesting we all need more intimacy meant that he’d be the intimacy-maker and, maybe-not-on-purpose, touch our breasts.

Then again, it also felt bad. Should my foot be pressed between the spot where his pelvis meets his leg, shouldn’t he respect the T-zone?

Later, in Shavasana, after another sermon about connecting with our most passionate side, he touched me again.

A sweaty mess, I was lying flat with one hand on my belly and another on my forehead. He moved my hands aside, placed one hand on my chest, leaving it there as I breathed in and out.

His hand was now positioned thirty five percent on my small, perhaps unnoticeable, breasts. It felt like it feels when a fairly handsome stranger touches you—new, a bit exciting, tingly, but wrong at the same time. He leaned over me again, at my side, moving his other hand between my belly button and root chakra, onto my lower belly.

My breath caught, I did feel in touch with my intimate side, but wasn’t sure I was supposed to.

So, I teach non-denominational yoga when you come to my classes… and I won’t touch your T-zone. 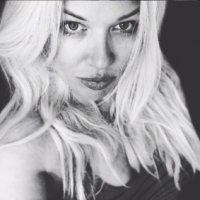