This Man is dying to be heard. Will we listen?

“I love you, my brother, whoever you are—whether you worship in a church, kneel in your temple, or pray in your mosque. You and I are children of one faith, for the diverse paths of religion are fingers of the loving hand of the one supreme being, a hand extended to all, offering completeness of spirit to all, eager to receive all.”

Where war rages on in Afghanistan, beautiful communities of kind people with passionate hearts can be found. These people are like any other—they want to be acknowledged and for their voices to be heard and not be taken for granted. They do not want pity—they want change. They do not want war—they want peace. They crave good education—sadly, this is not a given. But, I am getting ahead of myself.

The other day I spoke with my dear friend Ali Sattary, who is the Senior Producer for TOLO News in Afghanistan. I still feel a bit stunned that we spoke across many miles, so naturally, via Skype—much like having a coffee date. Technology is grand and a little other-worldly at times, don’t you think?

We had an honest and open conversation that covered many issues—family, culture, soccer (football), art, religion, politics and other topics that I might discuss candidly with a local friend in the USA.

But, there were glaring differences, too.

These differences broke my heart, as I listened to Ali’s soft-spoken, yet passionate and almost pleading words. This man of 27 years has indeed put his life on the line to be heard in many more ways than one.

Ali spoke about having to leave his hometown of Herat due to the threat of death for speaking his truth on air last year. He now works behind the scenes in a different city.

He also spoke about having to call his mother and check in on her after the Taliban rocked Herat during the suicide bombing that took place in the Indian Consulate of Afghanistan earlier that very day.

He had this to say later about the bombing on Facebook:

“Yesterday, the attack to the Indian Consulate, near my house in Herat City, Afghanistan made me so sad and it was a dangerous event which caused so many damages. Finally the attackers “Taliban” were killed and the police took the control of the area. What I would like to say is…When will these suicide attacks be ended and when we will have peace?” 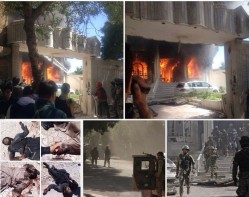 We have spoken in the past about the beautiful, richly cultured country where he lives and the art that is displayed there that we both love so much (for me, only through shared photos).

But today, the same photos that I had admired weeks before were replaced with pictures of the art smashed and in ruined heaps. Taliban rebels had come through and robbed Ali’s hometown of many parts of its beauty, including its art. 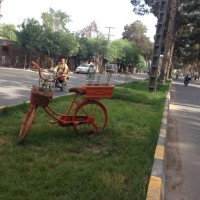 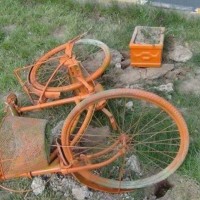 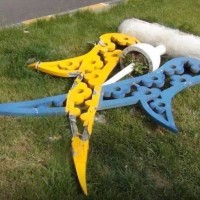 Unfortunately, this is just the beginning of what Ali and his countrymen and women have been robbed of.

They have also been robbed of the safety of speaking their minds. They have had their peaceful lives stolen and many people (including children) have witnessed violent atrocities during this long period of conflict. Voting is not only dangerous, but life threatening. They have traded in their good dreams for night terrors when they recollect the violence they have seen, or when they hear new bombs going off in the night.

I asked Ali what he was most concerned about and he immediately answered with a quote from his language that is also popular in ours: “Knowledge is power.”

He has been studying to achieve his masters degree in political science while holding down a full time job. And education in Afghanistan is tricky business, as it is hard to get access to good teachers these days.

His dream is to travel abroad and study in America to finish up a doctorate so he could serve the youth of his country as a professor. We spoke at length about this noble and worthy goal. Right now, Afghanistan’s young peoples’ opportunity to be taught in good schools has been fractured and is not at all a given, but Ali would like to see this change for both boys and girls alike.

I also found two telling quotes on his Facebook page, written during the time that he fled his home city, that left me feeling full of hope for him:

“When everything seems to be going against you, remember that the airplane takes off against the wind, not with it.” ~ Henry Ford

“Happiness is not something readymade. It comes from your own actions.” ~ Dalai Lama

And what were my reflections after my discussion with him?

I wondered how on earth someone who has seen so much and lived through so much terror could even think straight enough to keep going and pursue as much as he has already.

I compared my life to his and felt a sense of shame for some of the things I take for granted. I wondered if writing this piece would put him in more danger, but I did share it with him before I ever sent it in for publishing.

I was hopeful that that this would matter to people. After all, most who read this have the right to freedom and free speech. We should care about people who go to extraordinary lengths to help their community, should we not?

I also thought about how much people are really alike when it all comes down to it and how much I wish that everyone had a right to live without threat of harm, freely, and fruitfully in their own countries.

“We have flown the air like birds and swum the sea like fishes, but have yet to learn the simple act of walking the earth like brothers.” ~ Martin Luther King Jr.