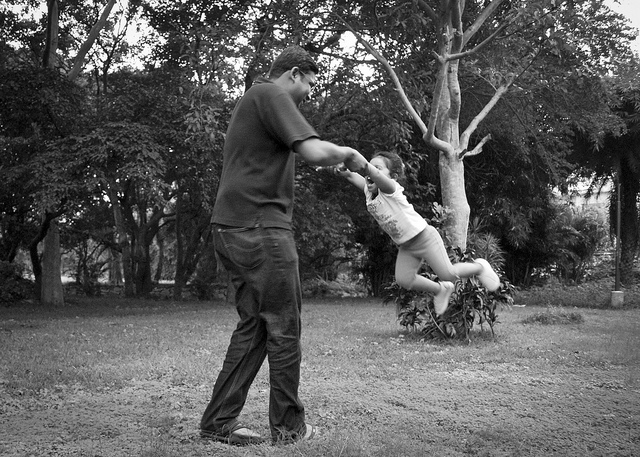 “Everything changes, nothing remains without change.”

For the first time in six years, I am not a caregiver.

My father died Monday, and of course the first things, the things that broke me apart and left me on the floor were the obvious ones: my father is gone, I have no parents, I am now responsible for the dismantling of their lives in the house in which I grew up. Those things were plenty for the first few days.

Then there was this other thing that grew in my mind like a column of black smoke. I woke up yesterday and forgot, just for a bit, that I didn’t need to go to my father’s house to give him his food and medicine. There would be no letting the dog out, or trying to coax her into eating something despite her very appropriate sense that things were wrong.

I didn’t need to keep my phone turned on and next to me every minute in case my father needed something.

There was no clear place anymore to put the tremendous amount of love and compassion that I had lavished first on my mother in her final illness, and then on my father. It had become second nature to be thinking, always, of the next dose, the next doctor appointment, the next crisis.

I had slowed down to the speed of caretaking; a life in which I rushed nobody, listened deeply, and stayed present through conversations about loss, regret, fear and pain. I liked it there, truth be told, it felt like the most authentic place I had ever been, where the trivia and minutiae of life outside were stripped away and what was left was humanity at its most vulnerable.

I was never an impatient person to begin with, but there were moments of transcendent slowness that were meditations in themselves. I took care of my father’s feet, starting with the practical matter of clipping nails and ending with a massage. I could see, as he leaned his head back and closed his eyes, how much it meant to be touched in a non-medical way.

My mother had died eighteen months earlier, and it was probably (aside from hugs) the first time anyone else had touched him. I began then a campaign of scalp massages, hand massages and all manner of gentle touch. I mixed lavender oil into unscented lotion. It occurred to me that the last time I had touched someone so lovingly and in a non-sexual way was when my son was a baby and I massaged his smooth, silky body as I now massaged my father’s battle-worn feet and hands.

It was love, was all. Love coming through my hands from what I think we call a heart, but which is really so much more than that.

And now, today, I find that I don’t know who I am.

I care for my husband, my son, the creatures living in my house, and my friends, but it’s not the same. Maybe I was some kind of illness junkie, getting some secondary gain from hearing people say “you’re such a saint.” Perhaps I was working out some kind of guilt thing, or just paying back the debt owed to two splendidly good parents. Whatever the reason, it was my identity.

I took care of my parents.

I came when they called.

I genuinely wanted them to feel that at the end of their lives they were worth talking to, still important, intelligent, viable human beings as they had been when they were building families and careers and hosting epic dinner parties.

Because they both loved me so much, I know that they would want this to be the beginning of a new life for me, that I would rise from the ashes of my grief and claim something grand enough to hold all the spare love, energy and patience floating around in their absence. I could, maybe, become a Buddhist chaplain, write the novel, or a book about caring for elderly and dying parents in such a way that it’s an honor and not just a duty.

I could apply the same patience and love to myself and see what it is that I am now, what I want to be, and where I want to go.

Which is scary, and yet…what better tribute to my parents, who raised me to be independent and to believe I could do anything.

It is a cliché, but true in the way of many clichés: they gave me very deep roots, and also a magnificent pair of wings.

And maybe, untethered and alone, it’s time to fly.