Hitler Was A Vegetarian. The Dalai Lama Eats Meat. Sales is Psychology. {Adult} 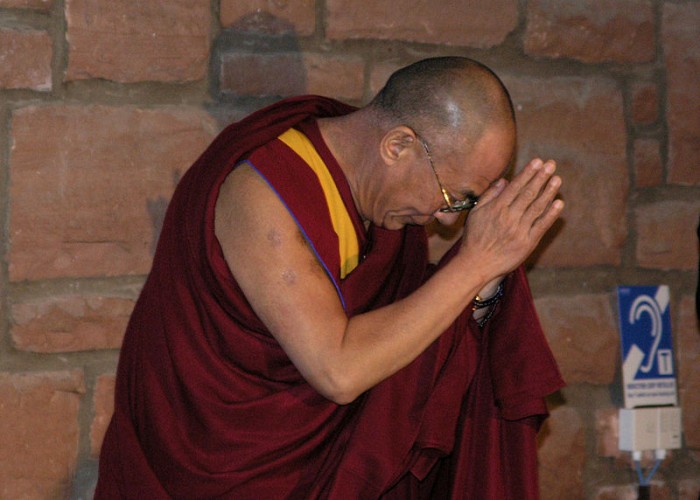 By most accounts in psychology, human nature is to buy from people we trust and like—whether products, services or ideas.

Hitler was the cause of millions of people dying and suffering. He was a narcissist and charmer. A master con artist. He was at the helm, but thousands of subordinates supported him. He was not alone. Somebody liked this dude. Whether by bully or charm, his tactics brainwashed more than a generation. Many still hold him in esteem.

Meanwhile, the Dalai Lama eats meat and many Buddhists don’t give a shite about the environment.

The score card isn’t based on one bad action being as bad as the next. Hell no! We are our sum total.

Smart marketing by big companies master manipulation techniques to gain trust and likability. They have a vested interest—billions of their dollars—in obtaining our dollars.

Whether it is the power of suggestion to sway us to buy a certain beer, auto insurance, or government agenda—don’t be fooled, government is big business—these professionals of personal persuasion know how to get to the masses, the average consumer.

Sure, for those who are eyes-wide-open aware it’s easy to see, but those aren’t the masses. Yet.

Perhaps the new generations are more conscious. They have access to information and the ability to self-educate, or have education unavoidably forced on them via social media.

But to get back to Hitler and the psychology of sales.

Few buy from the bully anymore. If we want to sell our ideas—saving the planet, animal ethics, exposing government corruption, standing up for human rights and equality—we must do it in ways that work. We must find an approach that compels the other side to want to join the forces of good.

Ostracizing, condemning and chastising are not the answer.

Some people may be ignorant, but they’re not dummies. As in, if we treat them as such we’re going to get a big fat, “fuck you.” And then they’ll head straight over to McDonald’s with a pack of their friends to reclaim their power. We all lose.

We can yell and rant and rave and wave our arms around and get support from those who think just like us—but how is that a win for anyone?

Singing to fellow swallows won’t attract ravens. Unless they intend to eat our young.

There’s an old saying, “You can’t sell Bob Smith what Bob Smith buys until you can see through Bob Smith’s eyes.”

In other words, we have to speak Bob’s language. At least a little.

(Author’s intention: humor, so as to not be. So. Totally. Offensive. It’ll be offensive to some, anyway.)

Example of singing to the swallows:

Ravens reply, “I will eat you for breakfast. It won’t be pretty.”

And all the swallows in the birdhouse sing, “Oh yeah, oh yeah.”

And the ravens squawk, “Fuck you, fuck you.”

But instead, what if…

Example of crowing to the ravens, “The better local farmers do, the more jobs they’ll supply locally. Maybe our kids will get jobs on a farm and learn a skill they can better use later.”

What’s that? You don’t care about the pollution of transporting goods from out of country? “That’s giving the future of employment to other countries. Voting with our dollar shows the government where our priorities are, for ourselves, our country and for our children.”

Raven is quiet or maybe offers a slightly less raucous, “Fuck you.” (But only one.)

I used to be one of those people. Yep. Not really that long ago. Back in ignorance. And I had a band of merry cronies who rode that wagon with me.

I’ve awakened and am working to make up for my heathen ways—I recycle bath water for Cristo’s sake. (For other purposes, of course.) Though I’m far from perfect—I have an old fur-collared coat that hangs in my closet.

No one is perfect. We’ll be better heard by not expecting it from others. I get where ‘they’ come from. And we (the tree- animal- earth-huggers) aren’t going to get anywhere with the eco-fallible by wagging our unpolished fingernail.

Here’s the bottom line with any kind of sales:

Figure out how to solve these two challenges and we can sell snow to Frosty.

Second: Offer supported, conflict-of-interest-free facts, facts, facts. Educate don’t emasculate. (Many people don’t know that organic matter doesn’t deteriorate in a landfill, it causes toxic gases that pollute our air and mess with our ozone—yeah, the stuff we need to breathe.)

Third: Find the ‘what’s in it for them.’ We need to drop our own agenda (ego) to figure out what’s important to them not for them.

Fourth: Celebrate every little, itty, bitty, tiny, weenie contribution. Not everyone is ready to go uber-earthy or take on the plight of PETA. But if they/we are rebuked for not being/doing good enough, we’ll revert back to fuck you very much.

Reminder: Fuck you is not a win-win.

If we want to change the world we’ve got to do more of what works and less of what gets people worked up.

If we convert our anger into compassion and passion, and mindful respect, for the earth if not for our fellow human, we’ll be far more effective. Plus, it just feels better, and that alone makes the world a better place.