How I Cured Loneliness with a Two-Dollar Bottle of Love. ~ Staci Tye I met Andy when I sat down on a park bench to rest after a long morning walk on Freedom Parkway, near my home in Atlanta, GA.

As I settled onto the bench, I looked over and asked if he minded if I sat there. He said, “Oh sure, sorry about the big bag,” and nudged it closer to his side.

I’ve seen Andy sitting on that park bench nearly every time I’ve taken a morning walk. Most people who notice him probably see a man who is homeless and handsome and on both counts they would be right. He also has a quiet, gentle nature, which is why others pass by and say, “Hi Andy!” and in return Andy nods a hello.

So we watched dogs go by with their owners, and I mentioned that dogs look so happy to be alive. Andy agreed, so we entertained ourselves by watching the dogs, then looking at their human companions.

We snickered because judging by their faces, dogs look like they’re on their way to Disneyland, while humans look like they’re headed to a funeral. We tested our dog-human theory, laughing every time it was proven true, and the more evident our theory was, the more we laughed.

When I asked Andy how he had gotten through the recent cold temperatures, he said, “Oh, it’s been cold, but I have a place I can stay. Over in those woods, though, I got some poison ivy.” He said he knew a woman who had to get shots for her reaction to poison ivy, and with a grimace of pain he said he now understood why.

I asked him about remedies for poison ivy and he remembered “a kind of pink lotion.” “Calamine,” we said together. 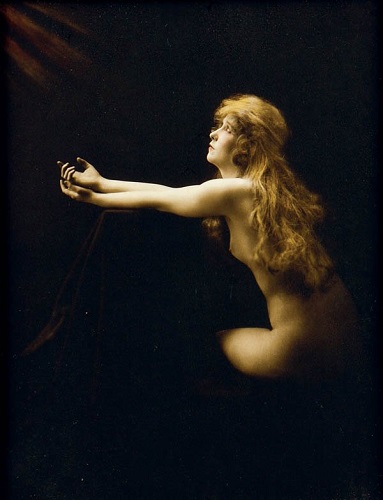 I offered to get him some calamine lotion, but he hesitated out of pride. I paused, then shared that people have helped me so many times in life, so I enjoy helping other people, too. He looked ahead with soft eyes and remained silent.

A nice looking couple walked by wearing fancy running shoes, and I said, “Andy, we all need help sometimes.”

He watched the couple as they continued on, then scratched his arm, winced at the pain, and quietly agreed to accept calamine lotion if I could find it. I thanked him and told him I would look for a pharmacy on my walk.

Within ten minutes I found a neighborhood store and small, pink bottles of calamine lotion, sitting front row and center on the shelf.

The bottles were dusty, looking like they came out of the fifties and had been there ever since. I bought one bottle, brushed it off, and walked back to Andy.

I handed him the bottle, wondering if the lotion would work.

Andy thanked me, unscrewed the cap, and poured a quarter-sized drop of lotion into his hand. He looked at it, smelled it, rubbed it between his palms, then onto his arm under his sleeve, and smiled a little smile of pink lotion happiness. It was time for me to go, so we thanked each other, said goodbye, and I walked home.

There is so little that Andy and I know about each other, but I do know that we both needed something that day. I didn’t tell Andy this because it would have sounded contrived, like I was making it up just to make him feel better.

But the truth is that right before I met Andy, I was feeling lonely.

The previous year I had moved across the country to follow a dream, and I deeply missed my mom and my people as a result of living so far away. But I also know that we can be surrounded by those we love, and still feel lonely sometimes.

So I continued on my path, and as I rounded the bend, I found Andy sitting on his bench. He gave me companionship, a person to care about, and laughter, all for a $2 bottle of pink lotion. 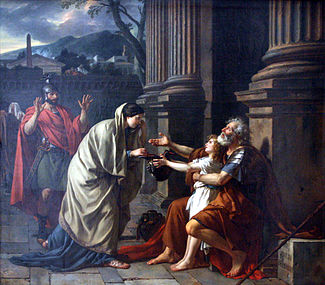 When I am able to help people, especially those who are homeless, I make a point to notice what I am receiving, too, so there is a reciprocal exchange and no need for shame. I don’t feel shame in having more than another person does, and the receiver, hopefully, does not feel shame in having a need met.

Because whenever we activate compassion in our hearts and give to others, we always receive the universal benefit of being loved in return.

I enjoyed Andy’s company so much, that as I walked away, my feelings of loneliness had been replaced with a feeling of love. I don’t know if the calamine lotion helped the itching, but thanks to Andy, it sure helped a lonely heart. 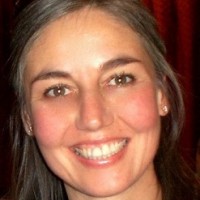