I Wish My Parents Had Put Me On Ritalin. ~ Krystle van Hoof I have had Attention Deficit Hyperactivity Disorder (ADHD) all my life; however, I wasn’t diagnosed or treated for it until I was 28 years old. Like many parents, my mom heard that children were over-diagnosed and over-medicated for something that was probably more a symptom of a quick-fix society than an actual problem.

I wish I had been medicated as a child.

We’re so focused on encouraging parents not to be pressured into medicating their kids, we don’t realize the pressure we’re putting on them to not medicate kids—kids who might really benefit from the medication.

I know it’s not a popular thing to say these days, but I’m pretty sure life would have been a lot better and I would have avoided a lot of totally unnecessary pain, suffering and frustration if I had been medicated for my ADHD as a child.

And, before you ask, no—I wasn’t a Video Games & Pop Tarts kid.

When I was a kid, I was always outside, skinning knees, playing in fields and building forts. I wasn’t allowed sugary cereals and rarely had any kind of candy or junk food. I did all kinds of exercise—figure skating in the winter and Kung-Fu two to five times a week . I was allowed about a half-an-hour of TV a day (Saved by the Bell!) if I finished my homework.

I have no doubt my healthy lifestyle helped manage my ADHD, but it didn’t cure it.

I had a lot of painful challenges.

When I was in my mid- to late-twenties, my ADHD got so bad that I was having regular anxiety attacks because, no matter how hard I tried or how many extra hours I put in at work, I just couldn’t focus. It didn’t matter that I was practicing Ashtanga yoga and eating a healthy vegetarian (often vegan) diet with little-to-no processed foods.

I was forgetful, I would fail to meet deadlines, I would procrastinate, and, even with the numerous coping mechanisms I’d built up over the years, I was missing details—lots of them. It got to the point that my boss confronted me. I broke down and started to cry—I didn’t know what was wrong.

I felt bad about myself.

I felt lazy and undisciplined. Why couldn’t I just try harder and succeed? Why were other people able to just do things and I would hum and haw and think and stress about them and never follow through? Why did I, as one of my ex-boyfriends once told me, “have no staying power”?

I imagined (in some ways even hoped) I had a neurological disease. Maybe a brain tumor.

I explained all this to my (wonderful) family doctor.

She printed out a form and started asking questions and ticking boxes—did I often finish other people’s sentences for them? Yeah—all the time. Did I find it easy to think up projects and start them but find it difficult to follow-through once something got to its final stages? Totally. Do I find that sometimes I’m hyper-focused and nothing can distract me? Almost like I’m possessed? Yep—a lot.

Have you ever been tested for ADHD?

She explained that it’s a misconception that people with ADHD are always distracted. She told me it’s common for professional hockey goalies to have ADHD—they’re able to focus at a very high level in certain situations but have a hard time concentrating in others.

I also learned that people with ADHD often have relationship troubles. Understandably, partners of people with ADHD can become quite frustrated with our poor listening skills, forgetfulness and difficulty honouring commitments. This one definitely struck a chord with me.

But the most painful ADHD behaviour to reflect upon was impulsiveness.

One of the questions the doctor asked was, “Do you have trouble not saying things that pop into your head, even when you know you shouldn’t?”

Acting impulsively as a rule rather than an exception isn’t great for romantic relationships, friendships, work or even for the pocket book.

After some more discussion, testing, and a few more visits, I was put on a low dose of a medication used to treat adult ADHD.

I couldn’t believe the difference it made to my life.

When I tell people this, some almost seem angry—like I’m cheating at life somehow. Some think I’m taking it to lose weight. Full disclosure: I have lost weight ;but it’s because, for the first time in my adult life, I’ve been able to start and maintain an exercise routine.

I don’t feel advantaged—for the first time in my life, I feel normal.

Until I went on medication, I had never realized how much my ADHD affected my life; it was like I didn’t have control of my own brain—it had a mind of its own.

What does it mean to feel normal? I no longer spend an hour and a half walking aimlessly through the grocery store or pharmacy—something that used to happen at least once a week.

I can now listen to people talk and not feel my eyes glaze over uncontrollably five seconds into a conversation. I can make a list of things to do and actually do everything on it. I can finish projects and I can concentrate on the details.

Maybe we’re over-medicating kids. I don’t know. But I do know that it’s not for the internet to decide. I would suggest (internet quack that I may be), if you suspect you or someone you care about has a medical or psychological issue, get a professional opinion about it (or maybe three!).

I can say with very little doubt in my mind that I would have had a much happier, healthier and more relaxed childhood and young-adulthood if my parents had had me tested and helped me deal with my ADHD head-on, rather than thinking it could be fixed with more discipline. 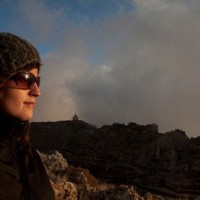