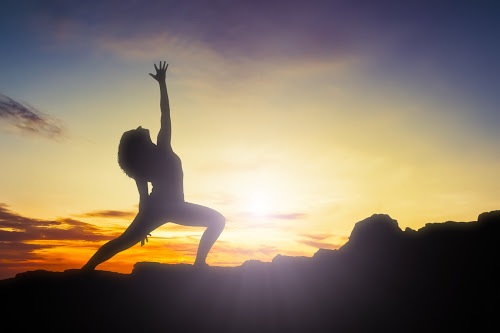 I always believed that I was going to die when I was 33.

Both my mother and her mother died at that age and as the first-born girl child, I thought it was my destiny.

On the day my mom transcended the earth, I was seven-years-old. On some level, childhood ended for me that day. Not because of anything anyone else said or did. Something just shifted within me. Suddenly, I was a girl who lost my mother; I witnessed my father lose the love of his life; and I had a younger brother and sister who needed a strong female figure.

It was paralyzing, but even then, as we all sat together in my parent’s room on Easter Sunday, after returning from watching “The Black Stallion Returns,” my warrior spirit awakened. I could feel her coursing through my veins. I became a warrior with a definitive time clock.

But, really, what did I know of such things?

Those who knew me didn’t know of this demon thought that danced through my being. It wasn’t really a belief that I wore on my sleeve but it was one that flowed freely through the internal highways of my psyche.

I remember the insecurities that plagued my childhood existence; the worries of nuclear war or some other catastrophic event; the paranoia of questioning whether or not people liked me; and the constant worrying about whether or not my dad would make it home after work.

Basically, the typical mind spinning of a wounded girl with a fear of further abandonment.

For the first few years, I searched for reassurances, incessantly asking people for answers to the questions that fueled my insecurities; questions to which people could never know the true answers. I somehow found myself caught in the cross fire of being a child in love with life and melting in purgatory.

And then, one day, the chattering stopped.

I had no idea what was going on at the time, but my old soul infused my being and turned my outward fears into a wise, lone wolf. There was a calmness that emanated from my core. I turned my attention outwards towards helping and loving others. I stayed away from relationships that had the potential of penetrating my protective walls. I focused on giving and fought any instinct to receive.

After all, I was a warrior with a definitive time clock.

So, I went through my life. I did all the “right” things; excelled in school, played sports, dabbled in the arts; went to law school. Consciously rushed through phases and experiences when I really wanted to slow down and savor the deliciousness of the moment. I had crushes on unavailable people that quickly ended as soon as there was a possibility that they might like (or even love) me in return. This I did over and over again. I was resolute in never being the person who could devastate the heart of another.

Especially, since I was going to die when I was 33.

The years went by and I was mostly happy. Sometimes, my lone wolf cave seemed dark and lonely but I had ways to bring in the light when I needed it. I would just give a little more or lament a bit louder. Just little things to quiet my inner voice and make me feel “normal.”

As I moved closer to my late 20’s, my energy inevitably shifted. My angel, fairy, ninja, goddesses gathered together and devised a plan to shake me out of the psychological prison that I’d built around myself. My intuition began speaking to me in a language that resonated with my entire being.

I felt the fiery heat of my passions.

I found my purpose.

And, when I was thirty-two, I fell deeply in love.

It was the kind of love that gives you chills even when you’re burning hot; it makes you want to run through the streets naked, while holding hands and giggling, exposing everything and holding back nothing; it makes you want to sit in your rawness and share every feeling, passion, thought and vulnerability without fear of judgment or being too much; it shows you the greatness of all you can be, individually and together. Most brilliantly, it nourishes the growth of superpowers.

And, through this experience of falling in love with another person, I also fell in love with myself. And it was sweet.

But, I was still a warrior with a definitive time clock. Or, was I?

I have to say that after “the fall,” the looming date of my 34th birthday lost some of its significance. I was so immersed in the beauty of being splayed open and feeling every brilliant moment that I had to be reminded of the encroaching deadline. And even then, I wasn’t afraid.

I guess true love really is magic. It offers a deeper knowing of yourself that you can only know by being in the middle of it.

The day of my birthday came and went and I’m still here six years later. And really, I see no more end dates. There are no more looming time-frames or deadlines. Most of the time, I’m caught up in the magical soup of child-like wonder and old soul wise-ness. It’s an incredibly healing and beautiful combination.

I don’t know if I’ll ever have children of my own, but I’m happy that the myth has been dispelled. Now, I revel in the knowledge that life is a precious box of beauty and surprises. 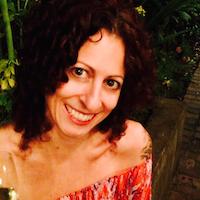