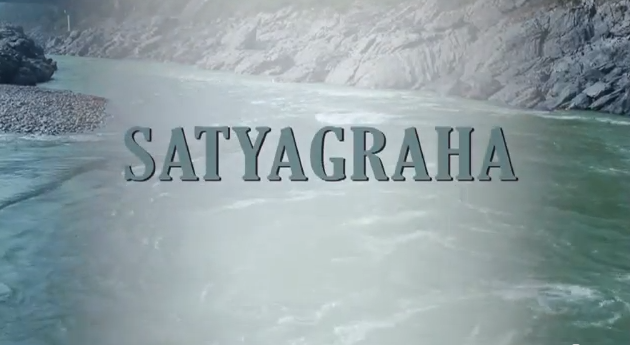 Two years after I shot the main scenes in the documentary film ‘Satyagraha-Truth Force’ about the satyagraha or continuous fast of the saints of Matri Sadan ashram and their fight to save the Ganga (the Ganges River) from the mining industry in the Himalayan state of Uttarakhand, India, I am back in their ashram.

The film has just begun its film festival run and has moved the people who have seen it, not yet many at this stage, and they always ask me afterward the screening: what can be done, how can they help?

Today is the 13th day of yet another fast by Swami Shivanand, the guru of the ashram. He is fasting to achieve one aim: the cessation of mining activities on the sacred river, an issue for which he can easily be arrested and force fed. Undertaking Satyagraha means he will fast until his body fails, then he will leave the world, as the Truth or Dharma is not being upheld by the powers of government, judiciary and state.

This is the 38th fast undertaken by the saints of Matri Sadan over 17 years.

This is a complex issue in India—not just environmental, but spiritual and holistic. It is impossible to separate the environmental issues from the spiritual ones because they are so tightly woven together.

Unlike more materialistic cultures, where God or the gods are often relegated to a building—the rest of the world being secular—in India, God exists not only in temples, but in the temple of nature too. The Ganga is the mother of all of nature’s temples.

What is happening to her is both tragic and criminal. Tragic because the river was once the grandest and most venerated river in the world, criminal because of the people, wildlife, flora and fauna that will suffer as a result of pure, unadulterated greed. The river is of incalculable value, and it has always been worshipped (rightly so).

It forms the Gangetic river basin which in turn irrigates vast tracks of northern India, feeding almost half of India’s entire population. The sheer weight of human need has turned this river, from once being utterly pristine at its source and all along its 1500 mile journey ending at the Bay of Bengal, into India’s most embarrassing open sewer. Once, it was illegal even to wash in the holy river and now, millions of gallons of untreated sewerage are pumped into it daily.

Highly toxic factory waste is also emptied into it from a plethora of factories which line the river west of Allahabad—chemicals with appalling health consequences. More recently deadly superbugs have been identified in the river, resistant to all antibiotics, and predicted to spread rapidly through environmental contamination.

The red flags have been waving mightily over this issue, and various government bodies set up to address the failing river, have had no real effect.

Likely, the resources placed at their disposal have been frittered away by corruption, cronyism and incompetence.

Now the river faces a test that will likely overcome it. Its journey from the high Himalaya’s is through a delicately balanced and fragile eco system of deep fertile gorges and high peaks. Here, over 500 dams are planned to go up on the Ganga and her tributaries. The last decade has seen a few of these huge hydro projects begin construction.

Dynamite blasting the region to build tunnels to reroute the river has caused massive landslides which has in turn displaced the water and created the circumstances for a monsoonal flood in 2013. This killed over 11,000 people (though the statistics have been fudged) and made 10,000’s of people homeless. The slow erosion of the values that once protected the river has allowed the greedy to take advantage in a way that a few decades ago, was unimaginable.

In 1993 Swami Shivanand had just arrived at their newly purchased small plot of land in the rural village of Jagjeetpur, just a few kilometers south of Haridwar, when he heard a voice uttering the word ‘Ganga.’ Taking it be the voice of the river, he immediately visited her banks which their ashram sits beside and offered a prayer, thinking she was chastising him for not visiting her sooner.

To the sadhu’s, the river is a real being, not human, but real nevertheless. But it was not why she called out to him. The next morning he was awoken by the sound of trucks and tractors tearing up the bed of the river. He then believed the voice was an instruction sent by the Divine for him to protect the holy river.

Why mine a river bed? The limestone and sulfur boulders which form the bed of the river creates cement of the highest quality. In short the rocks aren’t just any old rocks and when crushed they are worth a lot of money. Illegal mining takes over a million cubic meters from the river bed every year—legal mining takes more.

There are laws in place to protect the river, though they are not enforced and often the authority to mine it derives from the commercial interests of the politically connected. Many of Uttarkhrands politicians have financial stakes in the stone crushing and mining industry. The system is inherently corrupt and the victim, the river, does not have a voice to defend itself.

Except it seems, she will speak to the holy men.

The saints mission to defend the Ganga came at a time of high optimism for the newly established ashram. The power of Truth and their commitment to it actually worked.

Inevitably, the mining companies were forced to shut down their operations. Just as inevitably, they would regain their mining permissions, sometimes just months after the conclusion of a 70 day fast by one of the sadhu’s, who would then be impelled to fast again.

It remains one of the most heroic acts I have ever witnessed. To date, two of the saints have died, both suspected to have been murdered by the mining mafia.

Two years ago the government promised they would do an environmental impact assessment and cease mining until it is completed. Astonishing though it is to realize that in decades of mining, they had never completed one. They are mining today based on an EIA, which states that mining can go ahead since they will only mine the boulders that have arrived from upstream to downstream via the monsoonal rains.

I, for one would like to see how these gravity defying boulders float down the river. Even if they could be tumbled down by the flow of the water, by the time they reach the area they would have to have travelled 20 km’s along flat land.

In New Zealand rights of personhood was granted to the Whanganui river, and today the Great Barrier Reef is up for the same status. Enterprising lawyers argue that natural entities like these, should have the same legal rights as a human being and the same level of protection.

It seems to me that the Ganga should at least be given the legal rights of a person, but given that she is a goddess too, what additional rights should she be allocated?

Swami Shivanand fasted for 28 days before the government ceased all mining activities on the holy river to date. 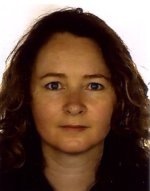