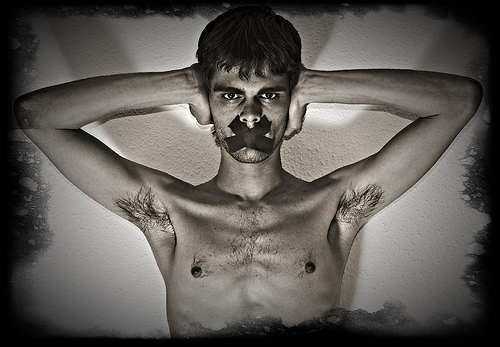 Having worked in restaurants for too long, I’ve always been taken aback by how loud they can get.

This is true even when there isn’t blaring music.

If you stand in the middle of it all and just observe, you realize that you can hear everyone at the same time, yet you can hear almost no one distinctly. Whether trying to be heard by those around you or trying to have a relaxing meal, either can be quite challenging.

This cacophony got me thinking.

How nice would it be to have a restaurant built around silence? No music, no speaking, and perhaps even padded plates or utensils to further minimize noise. I was happy to discover this restaurant hidden away as part of a ten day silent meditation retreat in which I recently participated. However, my long awaited quiet meal was just the tip of the iceberg…

My whole life, I have not gone more than perhaps a day without speaking since I learned to talk! Friends who had already participated in this retreat were excited for me, telling me how much I will enjoy it. Others didn’t understand how one could willfully go speechless for that long. They were quick to dismiss it as not for them.

Personally, I was really curious to see what would happen if I went a week and a half without talking. Would I go crazy? Have insights? Become silent internally?

I joked to others that I would either lose my mind or find it!

The type of silence practiced at this retreat was termed noble silence. Noble silence meant that we couldn’t speak or communicate in any way with other students during the retreat. That meant no gesturing or sign language, no eye contact, no writing anything, or physical contact of any kind. The lines of communication with fellow students were to be severed completely.

Prior to beginning noble silence, we all shared the typical loud, conversation filled dinner. A student who took the retreat before said he regretted talking again after the silence ended. I was intrigued by his observation initially. It was one of those things that I tucked away into my mind to check out later. I wondered if I would feel the same way come day 10.

After some brief instruction following dinner, we entered into noble silence.

I relished in the silence throughout the 10 days. It was one of the best parts of the retreat. What was really rewarding was that I could think for myself without the interference of others. I realized how others can undermine what you’re saying, misinterpret it, not allow you room to speak or ask too many questions. It really helped me to think at my own natural pace without having to speed up or slow down for others. What a relief!

Being silent in the company of others was intriguing. There was community and shared purpose in it. For whatever reason, the strangers around me had all signed up for the same experience. We would be able to share the experience, but in a different way than most people share things. I sometimes wondered how it was for others.

As the days progressed, I noticed that mealtimes felt dense with thoughts.

People sat and stared out the window, watching the snowfall or the sun set over the trees. Everyone was in his or her own world. I had no idea what they were thinking about. I enjoyed having the liberty of thinking about whatever I wanted to think about. It helped me see how we sometimes censor our thoughts when others are around.

We tend to do this when we wear our thoughts on our sleeves or if there’s a risk of becoming disconnected from others by getting lost in thought.

No such risks here. I was fully able to indulge in all types of thoughts: good, bad and ugly.

For the first time in my life, I started to see connections between things that weren’t so obvious before. It was surprising how I would wonder about something and later realize the answer. Sometimes this happened at the oddest times, such as when going to the bathroom.

Things started to make sense. I wasn’t used to this, but I surely welcomed it.

For example, I was awakened from a bad dream where a plane crashed in the middle of midtown Manhattan. While I would normally scratch my head and wonder why I had a given dream, this time it made sense. I vividly recall having an angry reaction to something in the scene just prior. The resulting explosion that sent me running for my life was clear.

I had acted out in anger, which had immediate repercussions in my dream.

I was then free to ponder about my anger and its possible origins.

We reverted to speaking again on the last day of the retreat as a “buffer.” This was done to help us reintegrate into society. I immediately noticed a few things when we started to speak again. My speech was pressured and my throat started hurting soon thereafter. I was talking but not liking what I was hearing. I asked myself why I said this or that and why I didn’t voice my opinion about the profoundness of the last ten days of my life.

Instead, I fell into my familiar pattern of waiting to hear what others would say first.

Topics were more superficial than we would’ve liked them to be. Why did we go to such places, especially after having so much time to reflect and go deep within ourselves?

Silent in the city

Someone joked that it’s probably hard to maintain noble silence in a place like New York City. I smiled to myself as I heard this. On a typical morning commute to work on the subway, people rarely look at each other, hardly ever talk and essentially keep to themselves, practically oblivious to others. Unfortunately, this is not something that is done mindfully or purposefully. I wondered what it would be like to approach it as an opportunity for self-growth, practicing true noble silence.

In the end, ten days of silence did me good. It allowed me the opportunity to practice being instead of doing. I also realized that I’m great company and that everything I will ever need may be found within. Silence had been noble. I had found my mind.

What is silence like for you? I’m curious to hear about your experiences… 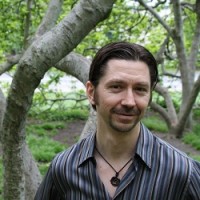