The Rules of Sexuality. ~ Yvette Alatore

The unwritten rule that a woman should avoid having sex until she’s in a monogamous relationship is unfair.

It sets women up to feel unworthy of a relationship, if they fail to make it to relationship status before “giving it up.”

Women are human, first of all.

We have desires, just like men. What we feel to be a natural expression of affection should not be controlled by what society deems appropriate. I would like to think that even if I “give it up” I am not giving up my worth.

“Make him work for it,” my friends say.

As if my vagina is the only thing I have to offer a man. It seems as though sex is being used as a prize, a man is going to win, if he sticks around. Maybe I am completely neurotic, but I would like to think someone would stick around because I am the prize! Anyone who does not want to get to know me, past the bedroom, is not the man for me.

Whenever I sit around with my friends, to ramble about how amazing a date had gone, it seems no matter what was said or how happy I was about how things had gone, the only thing that matters is whether or not I slept with him.

If I confess that I slept with him, I immediately sense my friend’s judgment. I know they are thinking: Well that’s over.

Yup, my sexuality is to be blamed.

If anything it is usually the judgment that comes from other people’s assumptions, based on their experiences, and not from what I actually experienced, with those I dated, that makes me feel as though I did something wrong.

All of a sudden, I become weird and uncomfortable around the guy I am seeing. I  just wait for him to leave me, subsequently causing the relationship to end because I am no longer secure about what we had.

On a couple of occasions, I was so ridden with guilt and anxiety for giving in to what had felt so natural at the time I would apologize for my actions. I said things like, “I don’t usually do that on the first date.” This is the type of thing that girls say so they can continue to feel like “good girls.”

Whatever the definition of a “good girl” means to society.

In my experience, if a man is going to leave after having sex with me, then he always intended to leave, no matter how long I prolonged it.

When I first began dating and experiencing sex, I had the unfortunate experience of being with a man, nay a boy, who attempted to take away my worth. After a month of seeing him, I had decided I liked him and felt comfortable enough to act on it. After we did it he disappeared. I was devastated when I found out he had told everyone about his atrocious plan to hit it and quit it.

He told people I was a slut.

It confused me how an act that took two people, left only me as the “slut.” It was devastating.

It had been one of those real world moments that shattered my naïve bubble and slapped me with the reality that not everyone had good intentions. However, looking back, I realized his actions said more about him, than it said about me.

I was still the nice, respectable girl I had been before going to bed with him, despite his attempts to take that away from me. After that harsh lesson in dating, it took me awhile to feel comfortable with my sexuality again.

Then, I met a group of amazing women, who own their sexual experiences. They are so open and honest about their sexuality and not once is the “S” word dropped. I admire them and I realized that I can also be sexual and still be respected.

I learned that no man can take my worth away, unless I let them.

I have learned that I just need to be more careful about who I let in to my world, and my bed.

I have also learned to pay attention to the red flags indicating a hit n’run situation.

I have learned to communicate my expectations with my partners, that even if the relationship was to be casual, I was not a “drunk dial,” to be used as a late night sex stop.

I’m not going to inhibit myself from expressing my sexuality, for fear that a man is going to leave.

I am not going to apologize for it either.

Yes, it does hurt if a man I’m sleeping with and care for, decides he does not want to pursue a relationship.

However, this is life. Things end and feelings change. As a mature adult, I understand that things are not always going to work out the way I hope they will.

Human nature is too complex. Things are not always black and white regarding sex. Having sex with a man doesn’t necessarily mean he will lose interest or if you make him work for it he will be your boyfriend. I’ve had some amazing relationships blossom after sex on the first date and I had some diminish before we even hit second base.

When it works it works. Not everyone is going to want a relationship with me. This does not mean I am not worthy of one. I am not failing some sort of relationship test if I do not wait until monogamy to have sex.

I am sexual and relationship material, the two are not mutually exclusive.

I make my own rules. 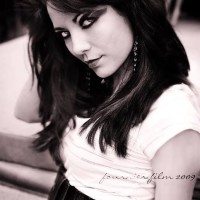