There exists a yin/yang energy of attention.

In this attention lies the secret. The yin force is centripetal in character, meaning it spirals inward. This is the state of energy associated with cross-legged meditation and going inward.

Yang energy is centrifugal in character, meaning it spirals outward. In the ideal, this is the state of being totally in the now, giving full attention to what we are doing in the present.

Being totally in the present is Zen and the art of whatever you are doing. Action performed with the mind dwelling in the past, worrying about the future, not being in the present moment—this action will naturally lack any power. This is simple logic.

Most of our problems arise in thought, not in the task, the action at hand.

The yogic attitude on preparing for relaxation and concentration involves the yin/yang of awareness/attention and recognition that we are not our thoughts but something greater. Our mind’s energy is often dissipated in things that have no concrete reality, that is, the past and the future. Conscious attention to the present will evolve a better future.

Our experiences are created by our manner of perception. We believe that we are seeing the world outside and viewing it from within our head. This is actually the reverse of what is happening.

When we view an object, we are think that we see a vase, for example. The vase is a certain distance from us, and we perceive it through the sense of vision. The organ of the eye stimulates certain sensory nerve impulses that register in the brain. This registers in our consciousness that yes, indeed, this is a vase. It has a certain shape, a certain color.

What is difficult to realize is that actually the experience is happening within consciousness and is being projected outward. We cannot know consciousness by studying what we project onto the screen of the mind. We can turn around and look at the thing that is projecting the show.

This is what we basically have to do to understand life and consciousness. Not waste too much time studying the endless projections of the elements but to turn the attention on consciousness itself.

From here we might reason that if this is the case, then nothing really matters since it is only a projection and not reality. The thing to realize is the total oneness of consciousness we are a part of.

There is oneness, wholeness and a reason for complete love of everything, because it is a part of us.

This reasoning is not meant to act as doctrine but to suggest that to know the truth in life, we need to look within our own consciousness rather than toward the projection.

Until the experience of an eternal moment of total awareness, the world and relationships seem real. This state of “unknowing” makes daily life experiences seem more significant. To understand our ignorance of this state of total “unknowing” is in the wisdom of Socrates, “To know that I don’t know.”

If we look at and study the outer, material world, we will not find anything beyond the confines of change because the material universe is fundamentally composed of time, space and the law of action and reaction (karma).

Total awareness cannot be found in time and space. Time means change, and space cannot exist without time. We cannot travel through a distance, through space, without an element of time involved in the movement. Everything is relative.

Most of our difficulties and misconceptions are due to the fact that we tend to identify with the physical body and body consciousness.

Bodywork, good nutrition and yoga postures help us to still the body with minimum effort. Then put the body in a lotus posture, or sit in a chair, so that the backbone is straight, without leaning against the chair back or the wall. This is a big advantage in concentration.

Once the body is able to keep still for some time, try to still the mind.

Mind always chatters about its perceptions of body sensations. Having a still mind is easy to talk about but hard to do. The technique to still the chattering mind must be learned from a teacher who has accomplished stillness.

The aim of all yoga is ultimately to still the vritis—the waves of the mind—the consciousness. The vritis are of four kinds: the chitta or the subtle subconscious, the buddhi, or intellect, the ahamkar, or ego, and the manas, or sense mind.

We still the vritis, the mind waves, the consciousness, and go beyond it to total awareness. 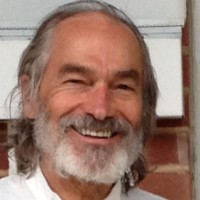