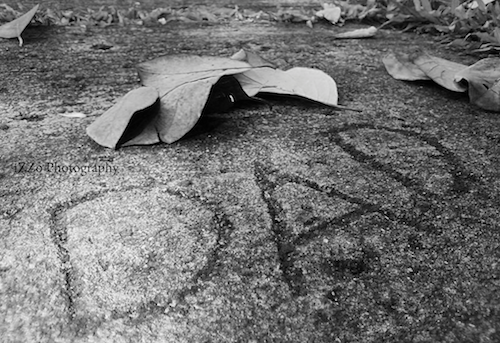 June is my favorite month.

In Atlanta, it is not yet too humid and sticky, and I get to comfortably ride my bicycle and go for long walks after dinner. It’s farmer’s market season, and I get to do yoga outside.

June, however, is now also a challenging month for me.

It will now always hold the anniversary of the last time I spoke with my dad, his birthday, and Father’s Day.

While I have experienced loss before, there has been no feeling in my life like my dad not being here. It is a more intense version of leaving my house without my cell phone or my wallet. Others cannot see what isn’t there, but I feel the itch under my skin. It is the buzz of the clandestine fly in my dark bedroom as I try to sleep.

In June, he is omnipresent, and he is nowhere.

He is distant, and he is always an inch away from my face.

He is the air.

As a social worker, specializing in trauma, I can easily intellectualize this experience.

Trauma is exacerbated if the loss is sudden.

Over a year before his death, my dad had a brain tumor that required emergency surgery. From diagnosis to brain surgery was only about 36 hours. However, he recovered so well that a year later his surgeon told him that he was healthy and his risk of recurrence was infinitesimally low.

A week later, he had a heart attack in the basement of my parents’ house. My mom found him, already beyond saving, gift given and taken away.

Bereavement is also more challenging if the relationship is complicated, and if sympathy is difficult to receive. My dad and I had a strained relationship. I had not spoken to him since Father’s Day, about two months prior to his death. The first and last time he had told me he loved me since I was a child was before he went into brain surgery.

Spending time together typically involved him setting up my computer or us watching a baseball game in silence, if we came together at all. I didn’t know how to react and people in my life did not know either. I had struggled with my relationship with my dad, and I had accepted it as it was after some attempts to create change.

I believe that those close to me felt his death would be incidental to me, and I played into this expectation by down-playing the experience and returning immediately to work. Even as as I consider it now, my dad’s passing feels like a series of hanging strings that still need to be tied together but never will be.

I picture him out on a boat on the ocean as I scream from the shore, my voice drowned out by crashing waves.

As a therapist, I know better than to repress emotions, but I spent a significant amount of time after my dad’s death doing just that. I would pretend that I was okay and rationalize my lack of making time to deal with the fact that our relationship was strained.

I tell my clients often that if you keep trying to ignore it and move on from trauma, it becomes like me giving them the challenge don’t think about rhubarb pie.

With this challenge, what is innocuous before is now replayed over and over in our mind. Now, we can’t stop thinking about rhubarb pie. It is like trying harder and harder to push more and more into the suitcase of our mind. As much as we try to zip it up, it will explode.

In an effort to move on, I was preparing for that explosion.

Last June, I was working to focus on anything but the palpable empty space that was my dad. The more I pushed it out, the more he would appear to me, in my dreams. We fought crime together, and my brain would construct elaborate tableaus of an alternative universe in which he still had a starring role.

I sat in my apartment with a new laptop trying to get everything set up. Frustrated, I stared at the unending swirling of the cursor and took out my cell phone and called my dad’s phone. I hadn’t deleted the number.

It rang and it rang until it said “this number is disconnected.”

I sat amongst my electronic devices, and I cried in a way that I have not cried before nor since. I threw my cell phone at the wall. I collapsed on the floor.

After being reminded again that I am as human as my clients, I began to take steps to heal. I admitted that something beyond my control had happened, and I needed to be in control of dealing with it.

I joined what I like to call an angry bereavement group, a bereavement groups focused on sadness did not feel right. I recommitted to meditation and mindfulness practices, and I scheduled time to write out how I feel. I let down my veneer of competent coping and was vulnerable to those who had earned my trust to let them know I needed support.

I will sit in the silence of my dad’s absence, and I will take time to grieve and to remember how he shaped me into who I am today.

I will mark the scorecard throughout the baseball game and will ride my bicycle in my neighborhood because he taught me how.

I will look at my eyes and hair in the mirror and remember that they are from him.

I will live my life for all of the moments that he did not let himself enjoy.

I will hold a space in my day to remember that he was finally going to take that trip to see all of the baseball stadiums in the country with my mother but was not alive to use the plane tickets.

I will reflect on the vast number of unused vacation days that became nothing but some extra cash.

I will be in the present moment.

I will visualize him on a boat on the ocean, and I will know that, even though he can’t hear me, I am heard. 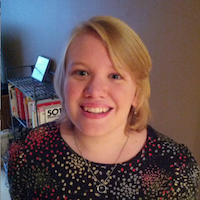