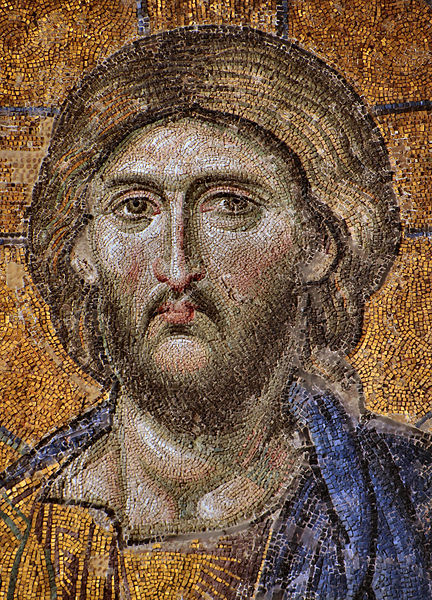 I have often wondered if those of us who live in the aftermath of Christianity might serve Jesus if we began quoting his words as those of the Buddha, or perhaps the ever enigmatic Lao Tzu—someone distant, removed from the context of the strange association we tend to have with all things churchy, cross-like, or bible-thumpish.

Most of us have little to no actual knowledge of Jesus, what he said, where he said it, and why he chose to say it. Instead, we are full of vague notions, wide, harshly demarcated blocks of color, like a stained glass window, leaving more of an impression of a dream we once had but can no longer remember.

But we remember we don’t really care for it.

The reasons for such a thing are vast, but I have come to figure that perhaps the most intelligent, and therefore rebellious, thing for those of us who are spiritually engaged to do is to excavate him into new life. Create a resurrection, as it were.

There are many people already working on this task, including Brian McLaren, Richard Rohr, and Rob Bell, who are doing amazing work on recovering the deep spiritually of the Christ. There has been a shift in recent times, a deep longing for those of us who seek the mystic and contemplative roots that spread out before the advent of the religion we know as Christianity—that is, the experiential reality that Jesus spent a great deal of his time describing with parables and metaphors that invited people to reconsider their assumptions about the nature of reality.

It is here that I will venture to say that one must be Buddhist before they can ever truly become Christian, which in effect means, “little Christ.” Naturally, this might get under a few skins. Good. I hope it does. To clarify somewhat, here is what I mean: to approach the spirituality of the Christ without becoming infected directly or indirectly by the culture that has clung to him—to enter into the profound experience of a new and fresh set of eyes, one must first and foremost have a severe awareness.

To be Buddhist, is to be primarily “aware,” something that Jesus himself demands of us constantly. And so, I truly believe that there is no spirituality without awareness, especially when approaching something as all-pervasive as the religion of your own upbringing and culture.

There is a new world waiting for the spiritually hungry willing to approach the teachings of Jesus as they would first have been heard: shocking stories that deeply disturbed the status quo. Stories of mystery, koans of invitation and intrigue, and whispers of undoing, calling into question all of the common nonsense and pulling everyone into something deeper, and inviting into humanity a brighter future.

It is with this understanding I would like to refocus on the opening quote of Jesus, and unpack it for contemplation.

A religious mind, as in the fundamentalist ego, might read these words as a call into deeper devotion to “the rules.” As in, if a rule tells you to do something, go further, be more religious, and transverse into greater and greater extremes; prove you are better to yourself, and to the world, and show everyone you deserve to be set apart.

And sadly, I think that is the danger and beauty of open ended parables: they involve the consciousness of the reader, as it currently is, even if it should have been a gateway into something more.

With that said, I would invite you to sit with it awhile, and see if something shifts past the obvious. For me, I have come into a place where I start to see a very different reality emerge.

What happens when you walk with someone you don’t know, perhaps even hate, because you don’t know them? Well, you start to know them, see your common ground. All of the imaginary boundaries between people—of class, of society, of race—begin to disintegrate, because they are reliant on illusions of deep difference. Perhaps, if you are aware, you begin to see that you are both victims of the same empire, as is everyone, on all sides. Maybe you will even start to question the narrative that holds both of you in place, after which an entirely new perspective is waiting, leading to a new world.

Like so many of Jesus’ beautiful and mysterious teachings that begin with an invitation into new consciousness, this one could be framed like this:

The Ecology of the Divine is much like two enemies meeting as strangers by providence in the borderlands, forced into walking just long enough side by side that they leave as friends because that is what friends are: people that walk with one another as a strange road unfolds. The new way of doing life requires mutual adventure together to get past the myopic world of “us” versus “them.”

Maybe for Jesus it was always less about ideas and more about going places. 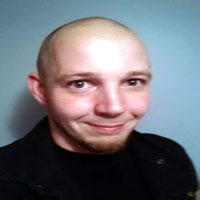