What I Learned from Acne & Not Fitting into My Shorts. 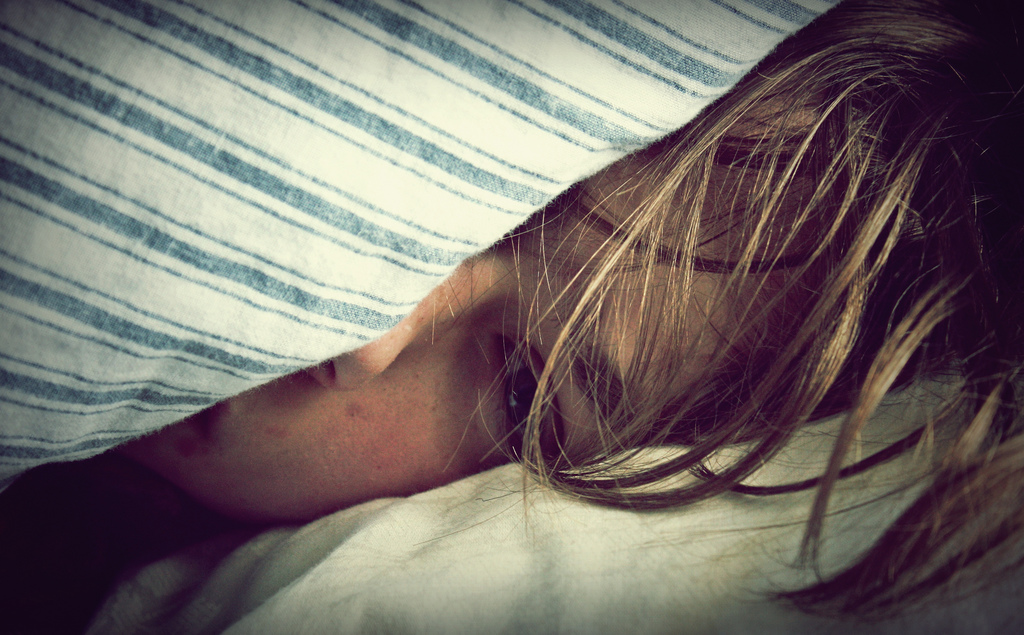 For the past few months, things have been weird.

Not only have I been making every effort to plow myself through some drastic transitions in my life both personally and professionally, but these changes have led to sharp turns in my appearance as well.

For many of us, that’s a no-brainer; at some point in our lives, we’ve felt less than our best, which affected us in ways we understood to be illogical—we didn’t want anyone to see us, we refused to be in any pictures, maybe we couldn’t even leave the house.

And although we are often taught that being so deeply affected by our image is a mark of vanity and egotism, I’d like to make clear that this isn’t always the case.

I don’t have any statistics or research to prove my point other than my own experiences, but what I learned from a relatively severe bout of adult acne and not fitting into any of my shorts from last summer was simple:

Our appearance is not merely a meaningless embodiment of physicality, but a reflection of ourselves we can’t deny or disown. It’s always ours, whether we like it or not, and it impacts the way we see ourselves—literally—thus impacting the way we believe we are seen by others.

Basically, the way we look affects the way we feel, and if you ask me, that’s normal. It’s not totally vain or self-centered, nor is it superficial to feel so affected by something purely physical; it’s simply human, and anyone who’s ever felt such a painful lack of confidence in this way knows exactly what I’m talking about.

But I learned something else from acne and not fitting into my shorts—still simple, yet intriguingly profound in its own way.

To be clear, even when I was going through puberty, I never really had acne. Sure, I got the occasional zit and it felt like the end of the world, but I never had a face full of breakouts. I was lucky—my skin was usually pretty clear.

Furthermore, aside from the insanity that transpired during and after my escapades with disordered eating, I never had issues with weight. I was always relatively tiny and extremely active. And although I’ve had my fair share of issues with body image, I can honestly admit that my eating disorders had little to do with wanting to change my appearance, as I was already thin (but that will take another article or three to explain).

So why now—at age 22—was I too disgusted by my own face to show it in public and incapable of buttoning my shorts from last summer?

Without going into excruciating detail, my skin started freaking out once I stopped taking my birth control pills. I just didn’t want it anymore, nor did I think I needed it for the initial reasons I started taking it. So I stopped.

It took three months before anything happened, but when the breakouts began, they were horrible. I had never experienced “real” acne before, and I assure you that my face could have been featured in a “before” shot for a skincare commercial.

As it got worse, I refused to leave my apartment unless I absolutely had to go somewhere.

I tried every product I could afford, wasting countless dollars on promising lotions and ointments that didn’t do anything (not because they weren’t good products, but because my acne had more to do with what was happening inside my body than it did with the cleanliness of my skin—though it took me a little while to figure that out).

Because I found myself avoiding any unnecessary interaction, I spent nearly all my spare time alone, coping with my situation through binges that lasted for hours every night. I often sobbed while mindlessly stuffing my face with whatever was in my kitchen, perhaps because I was entirely aware of what I was doing—using food to deal with the pain I was feeling about my appearance.

It probably didn’t help that I was going through transitions in my personal and professional life, as I mentioned before, by giving up something I had been doing for nearly twenty years—dancing. And while I let go of ballet in pursuit of an injury-free and overall happier existence, it was extremely difficult (and still is, after over a month since my last performance).

I knew that once I stopped dancing I would put on some weight, and in truth, I was more than ok with that. I still am. I trust my body to settle into wherever it needs to be, but I did not trust fragile state of mind and spirit to follow suit. I was so lacking in confidence that I couldn’t seem to dig myself out of this ugly hole; I only knew how to make it worse, hence the bingeing and not leaving my apartment.

I knew I was depressed largely because of how I looked, and I felt guilty about it. I kept telling myself it could always be worse, that others have more legitimate reasons to be upset, but I couldn’t help it.

Eventually, I sought medical help and figured things out with my skin, which is thankfully getting better.

I’ve even chilled out with using food to cope with how I feel, which makes me significantly calmer and happier. My shorts from last summer still don’t quite fit without a muffin top, but I’m cool with that. (I’m just bummed that I had to buy new clothing.)

But from the most miserable parts of these past few months, I did learn something really important from my acne and not fitting into my shorts. I knew there must have been times when I was happy because I remember plenty of smiles and laughs despite the way I was hurting.

It was then that I realized the one underlying constant: love.

They loved me anyway. And as simple as it sounds, it absolutely blew my mind. Now, I wonder if I went through all the not-so-pretty stuff because I forgot about that and needed the reminder.

I forgot that the people who truly love me wouldn’t stop loving me for any reason—especially not because of my appearance.

I forgot that beauty is only as bright as the heart from which it glows.

I forgot that even the most glamorous people in the world have their flaws, and although I have no interest in striving to be one of those people, I had to be reminded that even they feel insecure about their image. Maybe they refuse to leave their apartments sometimes, too.

I forgot that I deserve my own love and compassionate understanding, although I’m not as quick to give myself those luxuries. I forgot that just as my family and friends didn’t treat me like shit for looking like shit, I shouldn’t treat myself so poorly either.

But because self-love mantras are beaten to death these days—although I do think it’s important to reiterate that we need to feel love and kindness from ourselves just as much as we need to feel it from others—the revelation for me this time around was not about my self-perception.

Rather, it was that no amount of acne or extra weight on my hips would change the way I was perceived by those who love me, because my physical appearance isn’t how they see me anyway.

Yes, my image affects the way I see myself and the way others see me, but love sees through a different lens. Love doesn’t need eyes or a mirror; its capabilities reach far beyond that.

Thanks to acne and not fitting into my shorts, I remembered what that looks like—what that feels like—to be perceived through love and love alone. And although I’m relieved that my skin is clearing up and I’ve accepted that I’m not a size zero anymore, I’m beginning to understand how badly I needed that reminder.

Because when we see through love, we really don’t need to see anything at all.

Embracing our Messy, Imperfect & Deliciously Flawed Selves. A Letter from a Husband to his Imperfect Wife.
See relevant Elephant Video