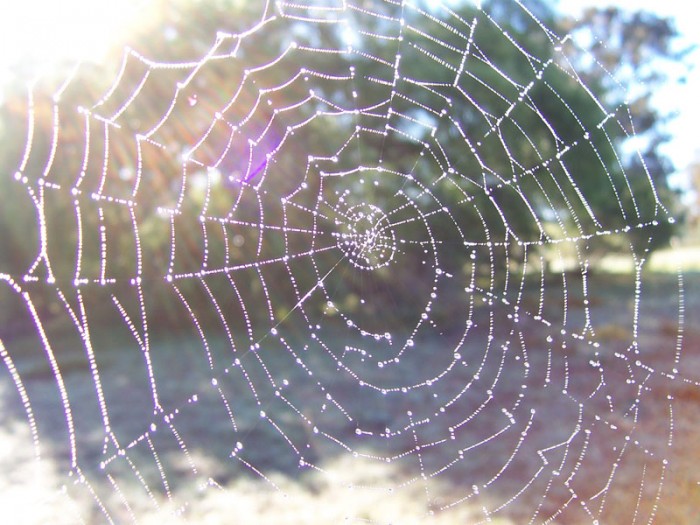 So when’s the last time you had a spider freak out?

Mine  was a couple of days ago.

I usually see spiders and just say, “thank you” and let them go along their merry ways.

I’m not sure when I went from being a spider hater to a spider appreciator. I’ve always known they have an innate power over our psyche. They cause such a ruckus and generally pretty strong reactions one way or the other!

I used to kill spiders, not giving it much thought. I just assumed they weren’t good to have around (humans are creatures of habit after all).

Perhaps that abusive notion stopped the day my sister mindlessly stepped on a spider in the garage (with the intent to kill it). Well it turns out that spider was good and pregnant and that fat mama spewed out what appeared to be hundreds of creepy crawly little baby spiders all over her bare feet. Eeeeeeeek!!!! It still grosses me out to even think of to this day.

That was probably the day I decided to let spiders do their thing in the hopes that they would just let me do mine. It turns out, that works pretty well. Thank the goddess for that.

So after several years of living amicably amongst arachnids, I moved in with a good friend of mine, Jenn. Jenn began to point out to me that spiders are in fact majestic creatures, protectors of the underworld. I started to recognize this. But of course…

How else could spiders produce such huge reactions for us humans, representing all that we want to avoid?

They show up in such peculiar ways. Like the time said roommate Jenn woke up to intense and profound dreams, only to find a generously sized spider underneath her pillow amongst the myriad of crystals she had placed there for her dreamwork.

Or the time a spider, who had been residing in my living room, came straight down from the ceiling, to about a foot in front of my face, and literally stayed there taking me in for several minutes. It was so bizarre to see him drop down like that (where does that web even come from?) and for us to be absolutely immersed in each other for several moments. Then he made his way back up to the ceiling with his seemingly impossible line of web and that was that.

I started to realize that spiders have a lot more to offer us than society tends to give them credit for.

Which became all the more a reality when I had my latest spider freak out, a couple of days ago. Even though I’ve come to appreciate spiders, they still give me the heebie-jeebies every now and again.

I was in my room getting ready for bed. I have one small spider who lives on my bedroom ceiling. We’re cool. It was the other one I was worried about, the one the size of a half dollar that walked directly across my headboard. It unnerved me, a little too close for comfort, a little too big to not notice. Then he also did a lap around my nightside table. I quickly ran through my options. Kill it? Definitely not.

“To practice ahimsa is to be constantly vigilant, to observe ourselves in interaction with others and to notice our thoughts and intentions.”

What about wishing my boyfriend was there to take care of it for me? Also not an option.

The next thought: to look into the spider’s animal spirit medicine. Ahhh, yes. That feels right. I quickly went from a stage of fright to a sense relief and understanding.

What does spider medicine represent? Among much else, it represents our fears. But of course.

Where are we afraid in life? What are we afraid of? How is the spider asking us to acknowledge these fears and work through them, so that they don’t have a hold on us? Consciously or subconsciously.

I realized: I’m afraid of my business failing. I’m afraid not having enough gumption to pull through with my passions and my dreams for myself. I fear I won’t be enough or that I’ll never truly ask for and thus receive my value and full worth.

I don’t doubt myself deep down, and for that I am grateful. But the surface anxieties still pop up and I know that these are a part of life. Fears are inevitable, but when did I allow them to have such a deep hold on me?

Spider simply asks us to recognize these fears, to acknowledge them, to notice the areas of discomfort.

For on the other side of that shadow self, of the parts we deem unworthy or unlikable, lies beauty and brilliance and everything peaceful and confident. That night I acknowledged, “What if I fail? What if people don’t like or accept me?” And after I truly acknowledged those dismays and even said them aloud, I felt a total apathy towards it and a generous sense of relief.

I realized if my fears were to come true, they weren’t that scary after all.

If people don’t like who I am or what I  do, who cares? I love myself very much and who I am is great to me.

I felt very empowered, confident and bold in that moment. Still do.

It was a good reminder. I feel so much saner now, so much more comfortable and at ease with what’s to come.

So let’s remember: the bigger the spider we see, and the greater the fears, the more abundant the potential for brilliance on the other side of that darkness. Don’t let any of it own or control you.

Move with the signs, acknowledge the beliefs and intentions, and set yourself free. 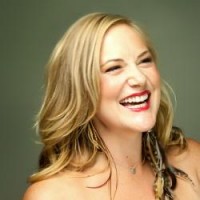 Jessica Cartwright is on a mission to make the world a better place, one happy mom at a time. She provides mothers with the tools they need to support themselves, so that they… Read full bio