The 2 sides of Silence: How it Fosters or Breaks Relationships. ~ Carol Benson Silence can either bruise or rejuvenate us.

It’s all in the way you use it. When saying less is more meaningful and helps you to connect more with others, then it’s a conscious means to connect more to yourself as well as to them.

Silence used as a weapon to cut someone out of your life is actually much more hurtful than telling them you would like to part ways. In fact, silence is often a favorite bullying technique since it gives the bully a sense of power by withholding connection with their target. That’s their intimidation ploy and it works unless you know how to use some other resources for yourself.

Can you remember a time during your early school years when you were a third person and left out by the other two? How did that feel being given the silent treatment?

This happens to adults too. For most, it’s awful because you’ve been silently bullied into circumstantial disempowerment. You can’t talk to them because they won’t respond. You can’t come to a mutual agreement because they give you the cold shoulder.

Silence used to avoid a confrontation, or the discomfort of emotions arising, often becomes like a nagging upset that burrows into your day when you least expect it. There will be moments when someone says something, or you see something, that triggers your recall of the person giving you the silent treatment. And that hurts.

Whenever there is a conflict with another person due to differing opinions or perceptions, it’s more harmful to use silence as a way to avoid closure than to have a conversation about it. Relationship closure is much more beneficial to all parties when it’s communicated in a mindful and honoring way.

Having compassion for another’s feelings never needs to be a lost trait. This is especially important if you want to have deeper, healthier relationships with others. You can learn to use silence to your advantage by not intentionally hurting someone’s feelings.

Silence used to withhold connection, avoid ending a relationship or confronting an issue with someone, is a mighty sword that hurts everyone. When discomfort lingers with no outlet for expression it tends to gnaw at your emotions like rotten food.

At least with food it eventually winds it’s way through your digestive tract to free you of the discomfort. That’s not necessarily true with hurt feelings caused by the silent treatment. They linger to create self-doubt, unfinished expression of emotions and no mutual resolve.

A mutual resolution is a much healthier way to address issues than the silent cold shoulder. That type of withholding silence is actually quite cruel since it’s usually only about your feelings and doesn’t include the other person’s.

Silent bullying not only disempowers the other person but also adds layers of inner discontent to the bully. Think of doing this for years and years. That’s a lot of wasted energy to have to maintain. How might that affect your overall wellbeing and relationships with others?

On the other hand, silence can be used to empower you by resetting how you perceive or understand the situation as a recipient of a silence-wielding bully. It might be good to remember that they’re withholding having a real conversation with you because that’s just where they’re at. They may even be scared or unsure of what to do or say to change the circumstance outcome.

And they may have no idea that they are actually being a true-blue, albeit covert, bully.

And yes, you may even feel really frustrated and angry by the way they’re acting toward you. It’s painful to not be given an opportunity for relationship or situation closure. However, you can begin to turn it around inside yourself.

Here are four steps you can take right now:

1. Review the details of the circumstance (considering yours and the others person(s) point of views, if possible).

2. Put some effort into forgiving yourself for your part in the miscommunication. (You’re human, aren’t you?)

3. Determine how you’ve gotten emotionally engaged in the mini drama and carrying it with you a bit too long.

4. Recognize that the other party might be choosing silence because that may be the only resource they feel comfortable using.

We’ve all had situations where we might have felt humiliated or like a victim and that’s not pleasant. And, guess what? Only you have the power inside of yourself to shift that around.

You may not change the relationship with the person who’s giving you the silent treatment but you can change how you treat yourself about it. If you can develop your own resources for quieting your mind from going over and over the hurt, you can use silence to reset, rejuvenate and care for yourself more. That’s the ultimate in self-love and self-care. 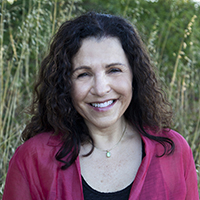