The Benefits of being an Outcast. ~ Genevieve Clough 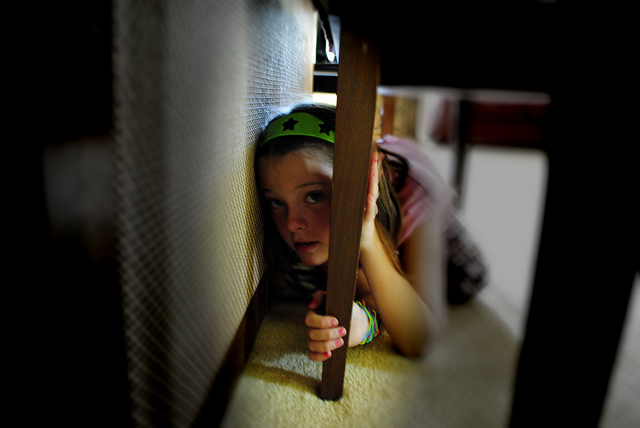 Recently, I was mindlessly scrolling through my Facebook feed and my attention was stopped on something posted by my cousin’s young daughter.

It was an image filled with hateful words, and at the top there were instructions to “re-post” if you had ever been called one of those names. I was surprised that my cousin’s daughter had posted this, and even more surprised that she commented on it by saying “I have been called almost every one of these names.”

Understandably, my first reaction was heartbreak that this girl I had watched grow into such a bright and positive young lady was in the midst of being ridiculed at school. And inevitably, my own memories of being continuously teased and outcast as a child were brought to mind.

Soon after my initial commiseration, I had an epiphany of gratitude for the experiences I had suffered so early on in my life.

During those innocent years there was no way I could have understood how much I was gaining by being different. It was impossible for me to comprehend that I was already ahead of the curve because I was so focused on why I didn’t fit in with most of my peers.

Now that I have the clarity of hindsight, I realize that as painful as some of my childhood experiences were at the time, there are some benefits to be reaped in my life today as a result of being an outcast.Here is a list that is just a sampling of the things that come naturally to those who have spent some amount of time in their lives feeling like outsiders.

As a disclaimer, it needs to be clarified that this list in no way excuses bullying of any kind.

This list was created to give guidance to those who have been bullied, not to pardon the bullies themselves. These qualities remind us “outcasts” that not only are we not alone, but we are very powerful because of what we’ve been through. By reclaiming that power, we can continue towards a future that’s free from small-minded bullying.

Because we’ve seen the damage that can be done in the face of careless, impulsive cruelty, we take extra care to protect others from it. We are mindful and sensitive towards others in a way that might manifest as pure magnetism at times. We are strong in our kindness, because we know that even an ounce of it will outshine almost any act of brutality.2) We learn perspective very quickly.

As someone who has been placed slightly outside of society, we have a better chance at clearly seeing what is happening on the inside of it. We’re the special outlier in the equation that is not fooled by the chaos of being clumped in the middle with everyone else.

We can see how unnecessary the drama is because we are not wrapped up in it. (And if we do feel ourselves being sucked in by drama’s gravitational pull, we have a much easier time realizing it.)

We’ve learned that who we are is not dependent on what is happening in the world around us. By being an outcast, we get the power to understand what is real and what is not.3) We understand the truth.

People who have spent their entire lives basking in the approval of others do not have the wisdom or the strength to realize that they don’t need it. If we ever feel lonely or critical of ourselves, remember that there are millions of people in the world that cannot even realize what their truth is because they are so blinded by an identity that is attached to someone else’s stories and rules.

We, on the other hand, have been lucky enough to fight dragons on our own. With that history of strength training, we not only accept that not everyone will approve of us, we expect it.

We don’t need anyone’s approval to know who we are.

4) We form deeper, more intimate connections in our relationships.

Personally, I don’t know if I’ll ever be one of those people with a seemingly explosive and expansive social life. I’ve never been one to get bombarded with dozens of social invitations nor do I have thousands of Facebook friends. But when it comes to relationships the name of the game will always be quality over quantity, and we outcasts know that!

Though we may not have many relationships, the ones we do have with family and friends are so much more meaningful and juicier because we’ve found people that truly resonate with our quintessence. And we simply don’t have patience for status quos and superficiality in our social lives.

We’d much rather go adventuring into some dark wilderness with our fellow-outcast-best-friend than make an appearance at an overrated networking event any day—and believe me, that’s a good thing.5) We secretly (or not so secretly) inspire others.

By doing nothing more than being ourselves, we give the world a lot of hope. Everyone loves a good hero, and by following our truths, we are unconsciously giving others permission to do the same. One of the best things we can do for ourselves and others is to lead by example.

And even though we may feel that no one notices at times, people certainly do pay attention when a bright, brave soul strikes out on their own despite the criticism they might receive for being different.

The tough skin and soft heart we’ve developed do not just serve us, they are a model of strength for others to aspire to.

Now go out into the world with confidence that there’s a reason our hearts speaks to us so loudly! It is reminding us that the outcasts are the most important reflections of society. Without even realizing it, we have been the catalyst for growth among our peers.

We’re steering the ship, where does your passion tell you to go? 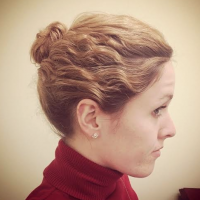