Trying to Understand People is Crazy-Making. 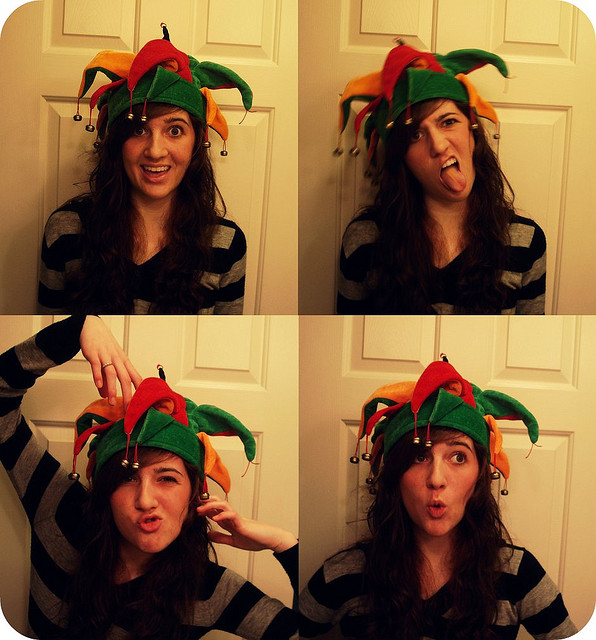 Sometimes the reason for their going is simple such as distance and circumstance. The departure of a person from one’s life can be positive or negative. And when a split happens for reasons that make no sense, dwelling on understanding why is an exercise in futility.

I am not saying that anyone is crazy, but the differences in perspective and memories about past events are absolutely unique to each individual. Trying to understand that difference, the “why does the other person act and talk the way they do,” is an exhausting exercise.

Each human is like their own computer operating system, except totally one-of-a-kind. There is no other person in the universe who thinks, feels, acts, and has the same memories and way of relating to the past as any other individual. Because of this, the idea that people are the same is a stretch.

No one is the same. Even though there may be surface similarities that give the appearance of being alike, beyond the surface is a mysterious realm of completely unique individual personality.

The familiar is safe and sane. The unfamiliar that makes no sense, crazy.

Granted, the differences that exist in people is not right nor wrong. It is simply different. Or as I like to say, alien. Whatever is alien befuddles the mind, confounds the heart, and creates a challenge to understanding. When that difference isn’t safe and is outside a persons comfort zone then the phrase “crazy” often arises. Crazy isn’t crazy, it’s misunderstood and different.

Trying to understand the logic, reasoning and motivation behind so-called crazy can drain vitality.

Why did so and so say such a thing? Because they are wired differently and it makes sense to them. Why did they cheat? They are wired differently and found it acceptable. Why do they feel justified in being bitchy? Because its part of their programming to feel that way, and remain blind to anything outside their personal operating system. Why did they get knocked up by the same person multiple times or do something at work or do anything that one deems unacceptable? Why did they leave? Why they scream, or are abusive, or friendly, or any trait one wishes to see in a person comes down to a simple explanation:

The person is built that way and has been forming these traits and developing a personality since they day of birth. It is just how they are, it is how they are wired.

It is easier to understand math, physics, nature  and any type of science than gain full comprehension of the motivations and personality of any person.

At least with science and math, there are definitive laws. When it comes to human nature, the psychological and emotional make-up can be understood to a small extent. Even then, there are details and aspects which are inevitably missed, misunderstood, or completely made up and un-true.

There remains a limited number of days, hours, minutes and seconds on this planet. Death happens for each person. Trying to understand the logic and reasoning behind why other people are how they are, comprehending why they did or said what they did, takes away a very precious commodity: time.

When that time runs out, there is no opportunity to understand why some person who hurt you in the past did what they did.

Dwelling on the misunderstanding and pain of the past in any way diminishes the possibility of a future life.

It is better to not understand the other person. There is only so much that can be understood about anyone else. And in doing so, assumptions, judgements and incomplete knowledge are inevitable. To focus on the motivating internal forces within one’s own self is far superior for the simple reason that self-change is easier to engage in.

Comprehending the internal realm gives a person the liberty to self-nurture and be liberated from damaging patterns. It opens up the heart with safe-boundaries, because in recognizing detrimental behavior or traits in others, one can simply choose to put distance between oneself and the other. This is liberty, because the alien other can be who they are, in their own alien world, going their own merry way.

This leaves oneself to live fully, in action, mind and spirit.

Because once a physical separation occurs, why continue to dwell in the past with memories, brooding, or futile cycles of trying to understand. If finding a person who seems “crazy,” the mental energy given to understanding them and their motivations wastes time. They are “alien” and even if some of their secrets become visible, full understanding of the entire person and who they are will be elusive.

It’s an endless cycle that can make a sane person crazy.

It is my opinion that loving a person is far easier than understanding them.

The heart can embrace and accept differences transcending the minds ability to logically understand any part of a human.

Love is able to see the whole person and leave the confusing personality differences alone.

Because “crazy” behavior becomes intolerable once it crosses boundaries and causes harm. That doesn’t make the person more or less loveable. They are who they are and when loving somebody they are loved for who they are. Yet if a person is so alien that a split in relationship occurs, trying to understand their brand of crazy is an unloving act that leaves oneself empty.

Let them be who they are.

Be true to yourself, in heart, mind and spirit.