A Truly Remarkable Woman, Worth Remembering. 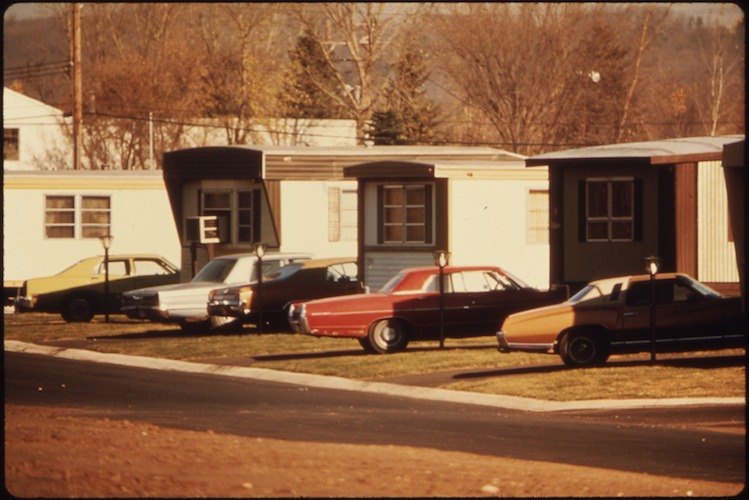 It’s important to celebrate the qualities we admire and respect and want to pass on to our children by shining a light of gratitude on those who embody those qualities. And so I want to remember Jean Dunne, a truly remarkable woman worth remembering.

I lived in Mill Valley, just north of San Francisco, from the late ’80s through the mid-’90s. At some point during those years—I can’t remember precisely—I heard that Jean Dunn lived not too far away, in Vacaville, about half way between San Francisco and Sacramento, on I-80.

Jean had lived in India for many years, first as a disciple of Ramana Maharishi, and later as a disciple of Nisargadatta Maharaj—both popular, if misunderstood, gurus from India. Nisargadatta had acknowledged that Jean had realized her true nature and was to carry on his work after he passed from this world, which he did in 1981.

I, too, had lived in India with a guru, though to the best of my knowledge he never publicly said I had realized my true nature. (Inasmuch as he passed from this world in 1982, I’ll have to say that on my own behalf. But not here, not know. Later. Stay tuned lovers.)

With our mutual back-story of living in India with gurus, and being mindful of her standing in the non-duality culture, I wanted to speak with her.

I held her in high regard based on her years of study and service. I contacted Jean and asked if I could come for a visit. She was most welcoming. I set off with two friends, Monika and Norman. We were full of expectant good cheer for the prospects of a great adventure.

It didn’t take long to drive the 45 miles from Marin County to Vacaville. Once there, we had to locate the trailer park Jean lived in, which was situated right behind a cement factory. We found the park, then her single-wide mobile home—standard issue it seemed to me. I remember pausing for a moment, trying to take this in. I could see bits of the cement factory sticking up nearby, and could see and smell the dust of it, which I knew so well as I worked as a mason’s apprentice for a year in 1969.

It seemed odd that someone with the quiet notoriety of being a realized being would end up living in a mobile home park behind a cement factory. Jean was around 68, maybe 70, years old when we knocked on the door that day.

This tiny little thing, couldn’t have been bigger than a bird, weighing 75 pounds, but bright and energetic as all get out, opened the door and enthusiastically welcomed us in to her home. She was thrilled we came and said she had baked some brownies for us and had made come coffee. Did we drink coffee? Yes, of course. (Actually, Monika and Norman didn’t, but how could they refuse her home-brewed coffee?)

She took us to the kitchen area, where she asked us to sit around a card table, on which was a plate stacked high with brownies, a pot of coffee, and a carton—not a pack, a carton—of Marlboro cigarettes. Next to the table was an oxygen tank and mask, as Jean was suffering from emphysema at that time.

As she served us coffee and we helped ourselves to the brownies, she asked, “Would you like a cigarette?” Well, Monika and Norman said no, very politely. While I didn’t smoke, I just felt that I should accept. It felt to me as if the cigarettes were a kind of sacred thing, a ritual thing, such that if I didn’t smoke I would have somehow spurned her heartfelt hospitality.

So I said, “I’d love to have a cigarette with you, thanks.” Well, I don’t believe I’ve ever made anyone so happy in my life. She just beamed and offered me a pack. Well, for the next hour or so, we sat around the table talking, eating brownies, drinking coffee, and smoking up a storm.

At one point, Norman asked about the paradox of taking a drag on a cigarette and then a drag on the oxygen mask. (He later said to us he was afraid she’d blow us all up, smoking right next to the tank.) Norman and, to a slightly lesser extent, Monika, were keenly and religiously health-conscious. They just nibbled on their brownie and barely touched their coffee. They kept shushing and waving the cigarette smoke away. I was, let’s say, not as concerned with my health. I seem to recall gulping down brownies and cups of coffee. I probably went through half a pack of Marlboros, too.

Well, it was quite a scene: here is this lovely, dear, sweet-as-sugar woman, reputedly self-realized, having lived and worked with one of the great non-dual masters of the last century, sitting at a card table in a mobile home behind a cement factory eating brownies and drinking coffee and smoking Marlboros, all the while taking great gulps of oxygen from a tank to help her breathe in the face of her emphysema.

When Norman (I’m sure it was Norman) asked, politely, she just broke out one of her best smiles and chirped, “Well, dearie, what can I do? The body seems to like smoking. I don’t interfere.” (All these years later, I can’t swear this is a direct quote, but it reflects the spirit of what she said.)

And that was that. After about an hour or so, we could see that Jean was getting tired, so we thanked her, and we left.

I don’t remember anything from our conversation. Not a word, except those words of wonderful welcome and offers of brownies and coffee and cigarettes. I do remember her beautiful sweet smile and gentle eyes. I met her once, maybe 25 years ago. I am telling this story now for the first time. I don’t know why it’s popped into my consciousness, but it has.

I have no idea if dear Jean had realized her true nature. I tend to scoff at those terms and claims these days. But I can say that she was completely, utterly gracious and charming and sweet and vulnerable and transparent and loving—I can say those things based on my experience. I haven’t met many like her. I don’t think I’ve met anyone like her. She was a beauty. A rare, authentic beauty.

She passed from this world in 1996, at 75 years of age. Her legacy? Insofar as I see it, her legacy is the fragrance she emitted, the fragrance of authenticity, the smell and scent of deep beauty, peace, kindness, humor, self-acceptance and loving nature. All this seemed, in her, to be the most natural thing in the world. Oh, yes, that’s what a real human being looks like. Simple, basic, natural, original self kind of beauty. A child. A true child. An embodiment of simple kindness, open-hearted, friendly, welcoming, respectful, joyful. I’ll take those as meaning she was self-realized.