As I Lay Aging. 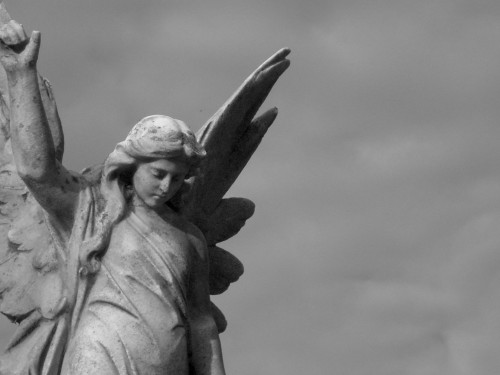 Wouldn’t it be more about the dying person and not the living at that point?

“As I lay dying, the woman with the dog’s eyes would not close my eyes as I descended into Hades.”
~ Homer, The Odyssey.

My female Dachshund, Miss Weenie, turned 12 years old in January of this year, so she’s an old lady weenie dog. I can call her that only because I am an old lady now too. Dachshunds don’t live as long as some dogs, so I’ve really begun to worry about her in the last year or two. The vet is not really able to help her out much.

She is just getting old.

She’s a bit wheezy and overweight (even though she doesn’t eat much), and she doesn’t get around as easily as she used to. I built ramps for the bed and the deck a couple of years ago to help ease her life some.

She was gifted to me as a puppy on Valentine’s Day by my, then, husband. She remains one of the very best gifts I have every received. She was my first dog as an adult. We had dogs on the farm when I was a kid, but they were big dogs that stayed outside, although I loved them completely.

She has always slept on the bed with me (she with her weenie dog “brother,” Stormy). They both burrow under the covers every night—even in summer. Lately, she’s been having accidents—from both ends—sometimes on the bed.

I’ve always had two good mattress pads expressly because I had a daughter, cats and dogs and know that a middle-of-the-night bed clothing change is sometimes necessary with so many bodies. Lately, it’s been a challenge to keep them clean and ready.

I used to be a CNA working in home care. Every time she soils the bed, I think of the bed-bound folks I used to take care of. Just like them, she requires a lot of cleaning up after at her age.

I keep telling her to just do whatever she needs to do, that I love her no matter what. When she is ready to go, I don’t want her hanging around, in pain, because my fear of losing her is holding her here in physicality.

I will miss her more than I can possibly understand right now, but it would be much worse to have her not go when she needs to.

Today, as I sat on my bed with my laptop writing, I noticed she was coughing and trying to clear her throat. I looked over at her to see if she was okay (and to quickly pick her up and whisk her off the bed if need be), and I experienced such a profound feeling of helplessness looking at her old, knobby and weary body and cloudy eyes.

I asked her if she was okay, and we made eye contact. As I watched my sweet, sassy weenie dog coughing, I suddenly though of my daughter—my only child. My daughter is grown now, doing her own thing, living her life—and this is as it should be.

The thought came to me, that this is how my daughter is going to feel one day about me.

She is going to look at me, making messes on the bed every day, in my old age with my cloudy eyes as I’m circling the drain, and know there is nothing to be done for me except to release me. She will feel helpless too.

And I began to cry, because I did not want to be the cause of my girlie ever feeling helpless like that.

I remember when my mother’s mom, Big Mama (yes, I was raised in the south), was dying. I was living in Berlin, Germany at the time and was not there when she passed.

My mother later spoke of spending those last days with her in the hospital and how she would periodically ask, “Momma, do you know who I am?” Because she couldn’t tell if she was lucid or not just by looking at her.

She said Big Mama responded each time with an impatient, disgusted look and with her characteristic spunk, “Of course I know who you are, Sissy,” using my mother’s nickname from childhood—given to her by my aunt Linda who was born after my mother.

“Because I just had to know,” my mother explained with such a desperate look on her face. I remember wondering about her desperation. What would it matter, exactly, even if she didn’t remember?

Wouldn’t it be more about the dying person and not the living at that point?

“It takes two people to make you, and one people to die. That’s how the world is going to end.”
~ William Faulkner, As I Lay Dying.

Would it somehow diminish me if my mother, on her deathbed, could not remember who I am?

If she were fading in and out, test-driving the spirit world to be ready when she finally decided to call it complete, would I expect, need, her to remember me?

I’m not sure I would expect her to be concerned with me at all, as I should think she’d be awfully busy orchestrating her own exit.

Would it make me feel desperate? I’d like to believe I’d feel okay if my mother didn’t remember who I was on her deathbed. I wonder, though.

And what about my own dear Chickabee, my daughter? Will she be offended or upset or sad if and when I am casting off my humanness, my bodily control, and I’m making messes too, just like Miss Weenie, in the midst of rehearsing for my return to spirit, that I cannot remember her sweet, lovely face?

Because that thought brings tears again and a sort of deep, wild pain starts up in my chest. I cannot stand to think, for even one second, of somehow forgetting my own girl-child.

Maybe that is what’s so desperate about it. Maybe my mother was thinking not about being forgotten, but about the possibility of forgetting.