“Judith Hanson Lasater was an early disciple of B.K.S. Iyengar and helped to popularize both Iyengar and Restorative Yoga. Having taught yoga since 1971, she is President of The California Yoga Teachers Association (CYTA), which she cofounded in 1974, is a founder of the Iyengar Yoga Institute in San Francisco as well as a founder of Yoga Journal magazine.”

Editor’s Note: I first heard the news, last night, from elephriend Leslie Kaminoff, he suggested I reach out to Judith. It was an important suggestion, but in the moment I hadn’t thought to supplicate such a vital and apt voice to contribute her story of Mr. Iyengar to this community. So thanks to Leslie.

elephant is honored to share her voice here on this occasion of the passing of this great master. For more on who BKS Iyengar was, see links at the bottom of this article. ~ Waylon Lewis, ed. 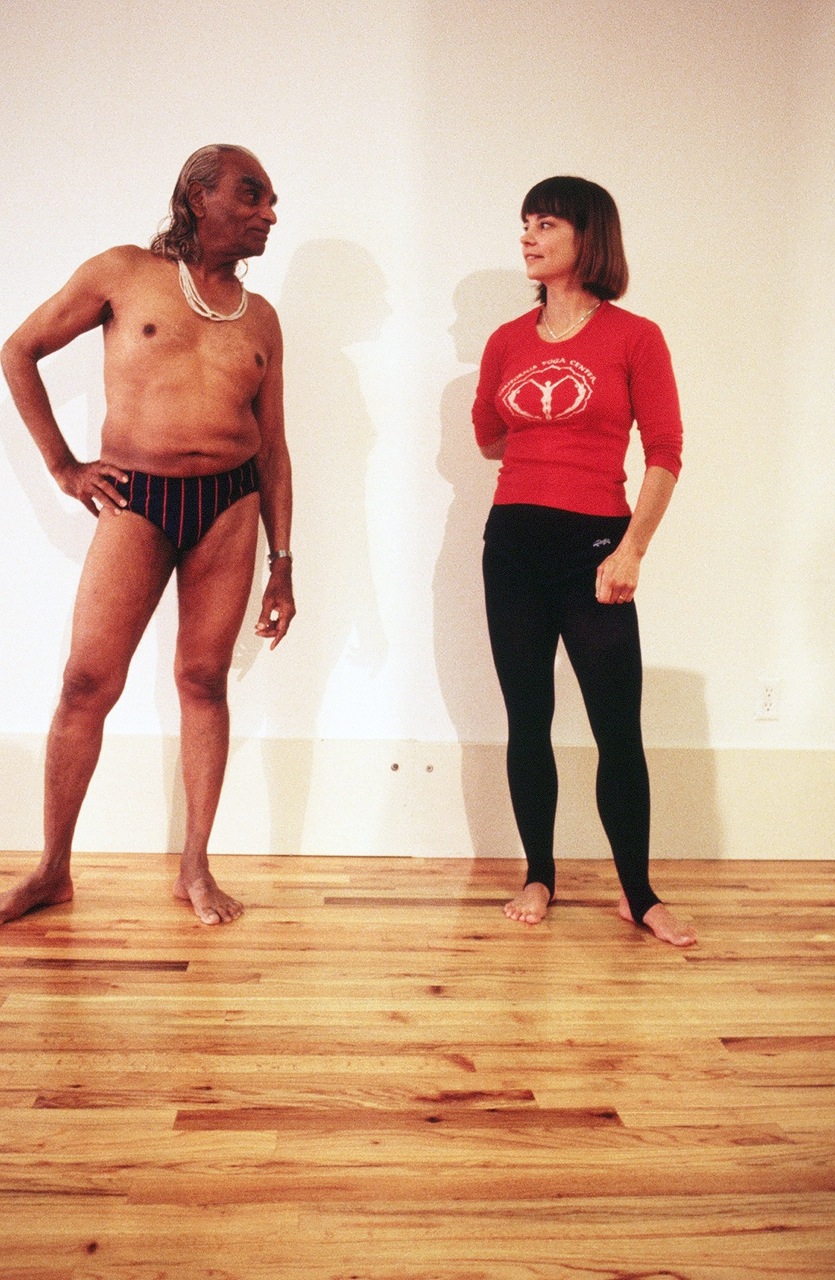 B.K.S. Iyengar was a human being with a superhuman talent for understanding the body and how it moved.

But he also understood that the body represented all of who we are. He said,

He was not born into privilege, and in fact, had a hard early life.

But he found in that experience strength and it sharpened his will.

He also had just as sharp a sense of humor. One day I was driving him from the airport to his hotel in San Francisco; I asked if it was all right by him if I opened the window, as I was too warm. “Yes”, he said, “I have been known to be a bit fiery myself.” I turned my head away from the road briefly and shot him a grin. I found he was already grinning at me. “We are both a bit pitta dosha,” he said with droll understatement.

One day in class in Pune, India, standing near me, he gave us all a stern look and moved his incredibly bushy eyebrows up and down. He said, “God gave me these eyebrows to frighten you”. I replied cheekily, “It’s working.” He roared with laughter, and we joined him.

One of the things I most admired about Mr. I, as we affectionately called him, was his integrity around practice. I saw him numerous times in the practice studio in Pune. He was on the floor on his mat, simply practicing, while we were informally scattered around the studio practicing ourselves, sometimes sneaking the occasional peak at the Master. He often practiced in public. We saw when he succeeded; we saw when he didn’t. We watched as he struggled with a pose or with a prop to create the effect he wanted.

His struggle inspired us by reminding us we did not have to be perfect in our practice, just faithful to it.

He was renowned for his impatience. This stemmed, I believe, from his passion for giving to us everything he had learned, from wanting so much to help us avoid the mistakes that he had made, from his desire to help the world be a better place.

I once saw him demonstrate Warrior II. He pointed out that when he did the pose without concern about alignment, the hairs on this thigh stood up. Then he showed us Warrior II with his legs in the alignment he wanted, and the hairs on his legs lay down. Simply spontaneously lay down. I was impressed. Not just because this happened but also because he did not miss this detail.

The picture accompanying this article holds a story. It was 1984 and we were sponsoring the first-ever Iyengar Yoga Conference in the USA.

I was teaching my regular class at the Iyengar Yoga Institute in San Francisco, California.

He walked into the class unannounced and, needless to say, I was nervous. He watched the class for a while, then as I continued teaching he offered me teaching points to help me explain the poses better to my students. He kept interrupting me, throwing my rhythm off. He was teaching me how to teach. I would then turn and attempt to teach my students while putting into immediate practice what he has just told me. He would interrupt me again and again. It was nerveracking. Finally he said something about this being my class. “No, Mr. Iyengar”, I said,
“This is your class.”

He laughed, and to the great delight of my students, he took over and taught the rest of the class. It would be a precious lifetime memory for those students who otherwise would not have had the chance to study with him directly.

Mr. Iyengar challenged me; he challenged everyone he ever taught to create a habit of reflection, then action, reflection then action, over and over again while practicing. He wanted us to never stop noticing how our actions affected the pose, our nervous system, our mind, the world.

He filled the room when he taught and he filled our hearts when we listened. My life, and the life of millions of others has been made richer and fuller by what we learned from him. I have absolutely no doubt that wherever he is right now, he is helping a yoga student to find the most precious thing we can all ever find in this world: our true selves.

~ Judith Hanson Lasater, student of yoga. Listen to the story on today’s NPR.

With thanks for the suggestion to reach out to the wonderful sweet Judith to Leslie Kaminoff, who first informed me of the passing of this innovator and great teacher.

Thank you so much, dear Bellur Krishnamachar Sundaraj Iyengar.

108 quotes to know BKS Iyengar by.

video: Guruji in his prime.

From the Seen into the Unseen: Thank You B.K.S. Iyengar.