Dear Jekyll and Hyde: I love you both. ~ Banu Sekendur 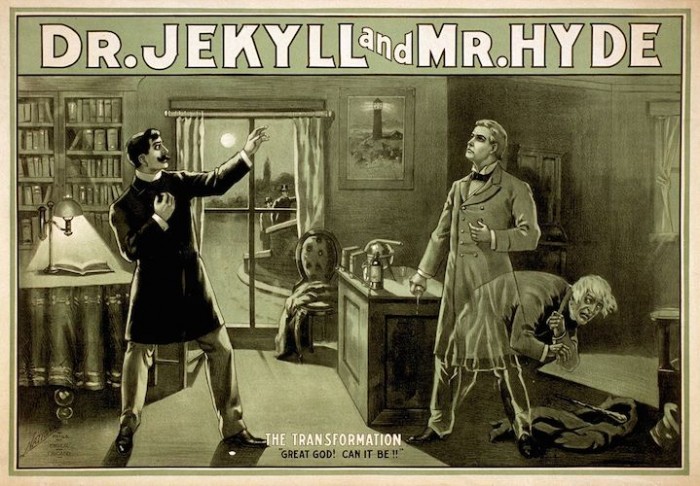 You go to therapy, practice yoga, eat organic healthy foods, dance like no one’s watching, read tons of personal growth material and visualize the heck out of your exciting future. Yet, there is still this underlying dissatisfaction that lingers in the backdrop of your psyche.

I couldn’t figure out why despite all the inner work I was doing, I was not able to feel content, let alone happy. The answer was right in front of my eyes, but I wasn’t seeing it. I was focused on fixing myself.

There was a huge gap between my idealized self image and who I thought I was. It was the battle between my preferred self that was loveable versus my perceived self that needed to work hard to receive love and approval—including my own.

I’ll tell you, that’s an exhausting gig that pays very little. It offers no useful perks and it is a long commute to and from home. On top of it all, I had an abusive boss (my Inner Critic) who kept focusing on where I was falling short instead of my continued and dedicated progress.

So, why should I keep the job of fixing myself when it is clearly a losing battle? No one comes out alive from the war between the idealized self and perceived self. Well, at least not without deep self-inflicted scars.

It wasn’t that doing my inner work and wanting to be a better, happier version of me was wrong. But what was ineffective was doing it partially with the intention of fixing my broken self. I was rejecting my wounds and my pain. Down the road, I found out that it is the very opposite of self-love. It was the worst thing I could do to myself. It was me pointing at my five year-old self shaming her by saying, “You’re bad. You’re too much work. You need to shape up or no one’s going to love you. Including me. Now, quit crying and grow up!”

The truth is we are always going to have a shadow side. Trying to beef up our positive qualities won’t make our shadow side go away. It would be unfortunate if it did. We would have no access to the open-sesame cave that holds all the gems that make us whole beings. And we are not here to be half-beings. We are here to be whole beings.

Haven’t we all had experiences where we were faced with a side of us that we didn’t know was there? Maybe we found immense strength inside us to overcome a life-threatening situation. Or we were shocked at how loud and bitchy we can get during a conflict with someone we deemed unsafe. I know I have.

True, we are capable all of being very compassionate and even heroic at times. But who is always non-judgmental? Who can be always kind and mean it? It might not be too far-fetched to think that even the murderer who stabbed his girlfriend to death loves his dog and eats his breakfast cereal while watching cartoons that he used to enjoy as a kid. He is human, too. I just might not want to give him my house keys.

I resolved the resistance in me to accepting even the idea of having a shadow side by exploring the possibility of me committing the worst act you can do to another person: killing someone. I went there in my mind intentionally. If you’re about to physically hurt me, my child, my dog or someone I deeply love, take a look around for the last time, buddy. Too bad you won’t get a chance to say goodbye to your mother. There I said it.

Do I think and live like that all the time? No. It would be bad for my heart. The intensity of that emotional energy would pop my arteries in a few days.

You know what was so liberating about allowing myself to go there? Now, only because I know I could protect myself, I feel less defensive out in the world. I don’t feel scared of walking my dog at night. So, I don’t need to fight or kill anyone—unless I have to.

I was able to scare off a 6’4 guy who was about to make an aggressively sexual move towards me, by saying three sentences to him as I got off my chair and walked towards the door. My petite 5’2 body became the size of a polar bear. He never bothered me again. The Warrior Bitch Banu comes in handy when I need her. Why would I not love her?

The other side is true as well. I am also capable of immense surrendered love and compassion. I have had tears spontaneously stream down my cheeks once, a few seconds after I came face to face with a man in the street who had a deep knife cut on his face. He didn’t want to make eye contact. It was almost as if he knew I’d see his pain. It was too late. I already had. Am I always like that? Of course not. Nor do I feel like I have to be.

I realized that the desire to fix myself was to try to make myself not human. I didn’t want to feel weakness. I didn’t want to accept that sometimes I think of my mother dying and grieve before it happens. I didn’t want to know that I am just as capable of being evil as Loki was in Thor. But all those things are true about me. And they are so human. If these stories didn’t resonate with us humans, those movies wouldn’t be raking in hundreds of millions when they hit the theaters.

Here is how I define myself now: I am a super sensitive, spicy, soft-hearted, intense, funny, recovering codependent, warrior bitch who talks a lot, can’t take her eyes off of a kissing scene in a movie, and gets obsessed with winning over a dog who acts shy towards her. And I enjoy being me. There is no one else on the planet who is exactly the combination of everything that makes me who I am.

The same is true for you as well. Isn’t that something?

Will I continue to grow, learn new ways to be happy and love myself? Will I continue to meet my shadow self and work on becoming someone who can love even those who ask for it in the most unloving ways? Heck yeah!
Will I be less than who I can be and act selfishly towards someone who loves me again? Will I get clingy towards a partner again, especially when three out of four articles I submitted for publication get rejected in the same week?

You bet I will.

So are you. Maybe it’s time to see and love all of you. 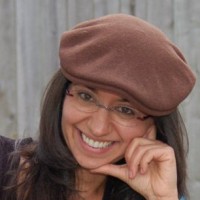