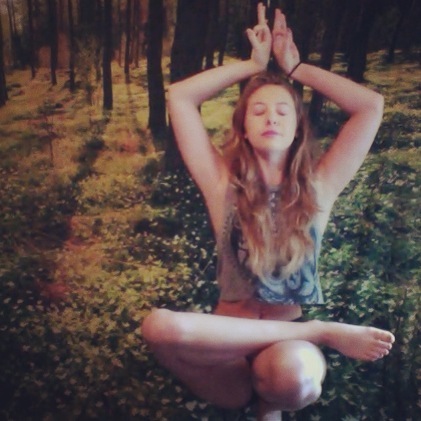 As yoga becomes more and more mainstream in American culture, it’s becoming increasingly common to see two, or even three generations of a family all practicing yoga together.

I think it’s a beautiful sight to see healthy parents come to yoga with their kids, or to see husbands and boyfriends venture into the still largely-female yoga world along with their partners.

Nevertheless, unless you live in some highly specialized yoga community, all yogis have people in their lives who don’t do yoga, maybe even people who are stubbornly determined not to do yoga.

We’ve all experienced the friend or relative who cocks a skeptical eyebrow at our yoga tendencies, wonders aloud if stretching is unhealthy, or even sends us articles on how yoga is a gateway to the occult.

This is so common, in fact, that commiserating about these minor hardships is a kind of bonding experience among yogis. We sigh and shake our heads about it as we sit in the lobby area of our favorite studio, waiting for the next class to start.

I may have—okay, have—indulged in this kind of behavior myself. Granted, it’s really frustrating to see someone you care about complain of a sore back, achy joints or anxiety, only to have them continually refuse to try yoga when you feel that it could help them.

Lately, though, I’ve been thinking that yogis have this discourse all backwards, and that we could stand to reexamine how we view the non-yogis in our life and their resistance to yoga.

If you’ve practiced yoga for a while, successfully avoided injury and progressed in strength and flexibility, then, naturally, you’ll automatically think of yoga as good. Its goodness will become a given to you, something that just seems glaringly obvious.

Disliking yoga will seem akin to disliking sunsets, or baby animals, or ice cream. (Right now somebody is probably reading this and thinking of how much they hate all those things, but you get the idea.)

Here’s the thing: It’s not automatically self-evident that yoga is good.

In fact, things that seem self-evident to some are often not self-evident to others—it all depends on our perspective. Yoga practitioners believe that yoga is good because we have the empirical evidence in our own bodies, and don’t need to accept it on blind faith.

When our friends and relatives react to yoga with skepticism, they are acting on a very natural, healthy impulse. Skepticism can be good, by the way—it helps to protect us from infomercials on TV and scam emails telling us that we’ve won the lottery in a foreign country (“just send us your social security number!”), among other things.

The people in our lives who are hesitant to try yoga aren’t being unenlightened or willfully close-minded, they’re being plain old human.

To understand what a dubious proposition yoga might seem like to our non-yoga-practicing friends, imagine that yoga never came to the West at all, and that you’ve never heard of it.

Now, imagine that one of your friends has become fervently committed to a new, obscure style of calisthenics that involves a series of repetitive, almost choreographed movements synchronized with the breath. Not only does she feel the need to do these movements almost every day, but her new form of exercise makes the most extravagant claims of health benefits, touting itself as a kind of panacea.

Your friend changes the way she dresses, the way she eats and even the time she goes to bed every night. She develops a close bond with her fellow devotees, and she might be so enraptured that she takes the additional step of going to retreats, or even a teacher training.

You don’t really understand the point of your friend’s new obsession—couldn’t she just go to the gym?—but you’re happy that she enjoys it, because she’s your friend. Now, however, your starry-eyed friend has invited you to come to class with her, but you really don’t want to go, because (you think privately) all of this enthusiasm weirds you out a little.

You decline in the nicest way possible, maybe even making up a good excuse to be elsewhere, but instead of letting the matter rest, your friend asks you again a few weeks later. This time, she’s plainly hurt when you say no, and even acts a little condescending when you confess that you prefer running to her calisthenics. You’re mystified—can’t different people like different things and still be friends? What’s so bad about not wanting to do her exercises?

Maybe the non-yogis in our life aren’t as nice or forbearing as the friend in this scenario. Maybe they’re even a little combative, or a bit snarky about our yoga habit. Rather than condemning them, we should ask ourselves if we’ve been overly aggressive in our yoga evangelization, or if we’ve been snarky towards them for not doing yoga.

Their judgmental attitudes might simply be mirroring our own.

No one should have to accept yoga on faith.

Expecting people to immediately hail and embrace our good yoga news makes us no different from some fundamentalist group that isolates itself in a compound, condemning society to hellfire for not sharing their beliefs. Besides, if we truly believe in the healing benefits of yoga, then we need to be in mainstream society, interacting with non-yogis, and not draw away from it into some safe, sheltered yoga enclave.

Maybe we won’t spread the word about yoga by verbally encouraging people to do it—maybe we can spread the word by being known yoga practitioners who lead kind, balanced lives. Good example is often better than any rhetoric.

If our friends or family come and try yoga with us and the heavens don’t immediately open up for them, we shouldn’t be disappointed either. Stories of sudden conversion can be found in every spirituality, but the reality is often slower, less dramatic, more meandering back and forth. Besides, yoga can be pretty strenuous, and it won’t necessarily feel good to a body that’s not used to stretching, twisting, balancing and breathing intentionally.

If you need a reminder of why some people don’t enjoy yoga, just recall the sensations of your first yoga class ever. Mine was to a yoga DVD, in the privacy of my own home, because I couldn’t bear the thought of wobbling about in front of a bunch of strangers.

What made you decide to practice yoga? Was it some nagging soreness that needed attention, your own research, or maybe a friend?

Let’s be there for the non-yogis in our life when, or if, they decide to practice, but never try to drag them to it before they’re ready. 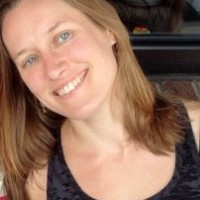