Do You Have Situational Depression?

*Editor’s Note: Elephant Journal articles represent the personal views of the authors, and can not possibly reflect Elephant Journal as a whole. Disagree with an Op-Ed or opinion? We’re happy to share your experience here. This website is not designed to, and should not be construed to, provide medical advice, professional diagnosis, opinion or treatment to you or any other individual, and is not intended as a substitute for medical or professional care and treatment. For serious.

The first time I suffered a bout of depression, I was 11 years old.

I didn’t put a diagnostic name to this insidious condition until I was well into my 40s. In fact, I considered the feelings associated with these moments in my life to be more like “occurrences,” or a momentary rupture which was more of a indictment of my own lack of effort to buck up and fly right.

During my fifth grade year, my mother divorced my father. She moved from California to a small town in Missouri, leaving my older sister and I behind to go on a road trip down the coast of Baja, California with our father.

I’d never been away from her before. And I’d never spent that much time directly with my father and sister.

I remember the moving van leaving, then my mother in the passenger seat of her car with her sister driving and my younger sister in the back seat with our tranquilized Siamese cat, who was ensconced inside of a bird cage.

As they drove away, my mother wept (as she often did) and I experienced a sense of terror and despair that I’d never felt before. Usually easygoing, instead I heard myself screaming as I ran beside the moving car, pounding on the window and begging her to stop.

I was feeling a sense of numbness and detachment that I’d never felt before. I remember sleeping a lot and even feeling disengaged to the point of hopelessness. And I was only in fifth grade.

My second direct encounter with depression made an entrance during my first semester of college.

I’d received little guidance or support in choosing a college and found myself in another State (definitely what I wanted), at a private Catholic School (uh, not what I wanted), with my work-study assignment in the cafeteria (my worst nightmare).

I made the decision to transfer out of school at the end of the semester and was able to withstand the verbal thrashing I received from my department head. After I moved back home, I took a full-time job at McDonald’s and went to night classes until I could make a productive choice about a University.

My third prolonged encounter with depression invaded my life during my marriage.

I began to feel the relationship unravel, yet wasn’t in any way prepared to deal with the ramifications. This bout of depression moved in and out like that green slime kids get at the toy store. It felt as though the slime would enter and exit at will. As I think about it, I can say that—for me—depression even smelled like the green goo.

This series of emotional negotiations lasted longer than the others. There were children involved. Promises made, concessions and expectations to be wrangled.

It wasn’t until a couples counselor made the bugle-like announcement that “You’re suffering from depression!” did I ever place my feelings and experiences into that box. In some ways, it was a relief. In some ways, I rejected it. I could see that I wasn’t a person who was perpetually depressed. I seemed to suffer from situational depression.

What did that mean to me? It played out as feelings of clinical depression based upon my inability to allow myself to speak—and act upon—my truth. Without justification. Without self-flagellation. Without putting everyone’s expectations in front of my own.

When I found myself unable to step out of a confining situation, that’s when I would experience very real depression.

What I continue to discover is that this type of depression is extremely widespread.

These feelings exist in the lives of high-functioning people who you’d never suspect would suffer from the debilitating, internal, soul-crushing numbness that they carry around with them.

With the current conversation about depression heating up, it’s useful to acknowledge the myriad of expressions of it, how it infiltrates all ages, and why it’s important to grapple with ways to overcome its debilitating grip.

I don’t have a list of “Five Easy Steps to Eliminate Depression” for you. Yet I’ve found that when I’m feeling this way, I ask myself this simple question. Then, I have to be brave and courageous enough to answer it and do something about it:

Only when I allow myself to embrace inevitable change and growth do the fumes of depression escape from their holding tank and evaporate into nothing.

What is it Really like to be Depressed (And why You need to Know it). 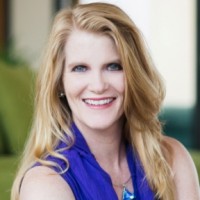