Everything too much lately? Here’s how to find Balance. ~ Arjuna Hackenberg 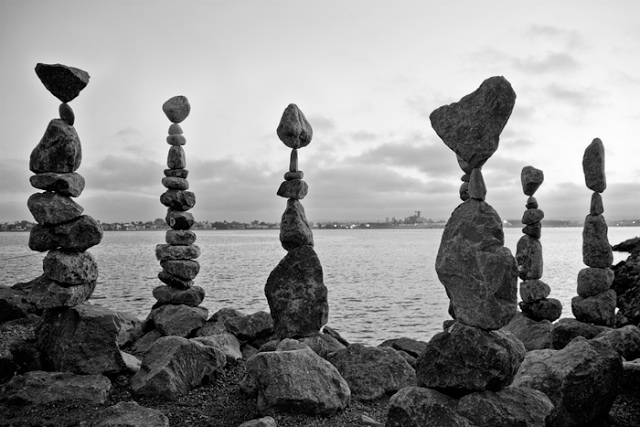 Practical ancient wisdom to cope better “off the mat.”

Easily annoyed by noise or loud people? Suffering through the “hardships” of everyday life like traffic, crowds or even just choice? Feeling overwhelmed or have an urge to hide?

Many practitioners of Yoga (and other spiritual paths) are actually struggling in one way or another with the increasing sensitivity that comes with their practice. Chances are your life or your practice is one-sided, which can be easily understood by looking at the ancient dichotomy of yin and yang.

The Taoist terms yin and yang have long been accepted in the modern-day Yoga community. They seem to convey a certain duality different from proprietary Yoga vocabulary. Dynamic, fast-paced and challenging Yoga styles are sometimes called “yang styles,” which has prompted the invention of Yin Yoga to go in the opposite direction. As it happens, both are misleading.

Yin and yang are in their union the very definition of Hatha Yoga. As you may know, Ha signifies the energy of the moon, while Tha stands for the energy of the sun. In their totality they form a force. The purpose of Hatha Yoga (and other energetic spiritual systems) can be described as a balance to be reached in a variety of ways including our beloved postures and exercises that were handed down through the millennia, tracing all the way back to Shiva (the masculine yang) and Shakti (the feminine yin) who represent the primordial duality of the Universe: consciousness and manifestation.

“The infant Matsyendra is thrown into the ocean because his birth has occurred under inauspicious planets. Swallowed by a giant fish [Matsya], he overhears Shiva teaching the mysteries of Yoga to his consort Parvati in their secret lair at the bottom of the ocean. Matsyendra is spellbound. After spending 12 years in the fish’s belly, all the while exploring Yoga’s esoteric practices, he emerges as an enlightened master.”

Back to yin and yang. When we practice any kind of Yoga, balance on various levels is the purpose and effect. Instead of being blown about like a leaf in the wind, we stand firmly in our center, unperturbed by all manifestations of impermanence. That is the case no matter if we practice dynamically or calmly, either one having their up and down sides.

It depends on our temperament which kind of style we prefer (we might add that it is also our karma that makes us meet this or that teacher). In any case, Yoga is always aimed at balancing yin and yang, allowing thus for purification and transcendence of duality itself.

The sixth chakra Ajna has only two petals, signifying the pinnacle of duality which is overcome as we take the last step into the crown chakra Sahasrara. Here we also see how yin and yang are with us all the way until we’re ready to take the final leap beyond polarity and contradictions, beyond consciousness and manifestation, merging with the Ultimate Reality of Stillness or SatChitAnanda (presence, consciousness, bliss).

In order to reach this balance, we can use asana, of course. Lateralized asanas strengthen the yin and yang aspect of our being individually, giving us a degree of control as to how strongly we would like to increase either one. It is generally not recommended to practice the postures much longer on one side than the other unless you have a precise idea of the current imbalance in the chakra(s)—the posture affects. Non-lateralized postures are creating balance by organically strengthening the side which needs it. Pranayama, bandhas & kriyas work similarly towards balance (amongst other effects).

In modern days most people are actually too yin which may be counter-intuitive, so let us look at it up close. In macrobiotics, foods are classified as predominantly yin or yang. As it happens, most foods commonly consumed by mainstream society are strongly yin: sugars, most dairy, coffee, alcohol, white flour & pasta, processed foods, fast food, everything watery, sweet, or squishy. Even in the health food realm we find an imbalance towards yin, though less strongly so.

Apart from nutrition we are surrounded by many other influences that increase a yin imbalance, many of them somewhat unavoidable: electromagnetic radiation like cell phones and their towers, wi-fi signals and other radio waves of all kinds, drugs (pharmaceutical and recreational) and habits. Even structures of society can contribute to an excess of yin in our energetic system: no one wants to be the “odd one out,” we want to be part of a group that gives us identity and security, even if the group is that of “conscious people” or yogis. Great masters of the past and present (think Buddha, Jesus or Amma) were, and are always, strong individuals who dismissed the pitfalls of group dynamics (yet soon found themselves followed by a group of disciples).

Apart from many diseases arising from any imbalance, we can also see an effect on our consciousness. In the case of yin we become over-sensitive, gullible, easily manipulated by corporations, governments, gurus, etc. Some few people are born with a stronger yang tendency, being quite independent by nature, but potentially rigid and possibly asocial or even egomaniacs. For these people it is easy to step up and take control over the malleable and passive mainstream society.

In the process of awakening we often become aware of deeper aspects of ourselves and reality, a process of increasing yin as it governs sensitivity. This can easily make us more fragile, struggling to cope with the competitive reality of the “outside world” It is indeed one reason why spiritual work often gives rise to a desire to retreat.

Building our yang side on the other hand creates a greater sense of control and groundedness, allowing us to remain centered even when challenged. In excess yang makes us inflexible, and insensitive, missing many subtle experiences altogether.

So we see how both sides have to be developed in healthy conjunction, expanding our scope of perception while increasing our capacity to withstand the forces within and without. Once both aspects have been sufficiently built, we will be able to behold all creation with equanimity, but not until then. 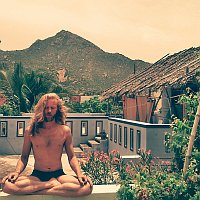