From Person to Refugee: the Fate of the Yazidis. ~ Theo Horesh 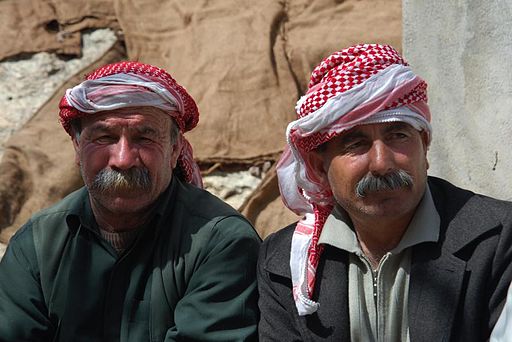 Temperatures soared to 105 degrees in the refugee camp, and flies swarmed around my exhausted and dehydrated body.

My clothes reeked of sweat upon sweat. Were this to become my home, it was easy to imagine how the stench, the exhaustion, the uncertainty, and the boredom might wear me down.

But this was only my first day meeting with the Yazidis. They had just become refugees, and like myself, they were rapidly adjusting to their new circumstances. Over time they might pass from being temporarily located in a refugee camp to being refugees.

But this world was still new.

Their lives had been suddenly upended a few weeks ago when they awoke to phone calls in the middle of the night, telling them the Islamic State in Iraq and Syria was coming and they had better run.

Some fled to the mountains, where they would later begin dying of hunger and thirst. Some stayed behind, laughing at others for their cowardice, and were almost certainly killed.

The ones in this camp had headed for the border where Turkey meets Iraq. Those who had not taken their passports were settled in refugee camps in Iraq, while those who brought their passports crossed over to camps in Turkey. There we would talk for hour upon hour about their experiences as they slowly pieced together their fates.

Most had been at the camp for about ten days and most had lost family. One man was the sole survivor of 21 family members. He wandered the camp depressed and dejected and would not talk about what happened. Another man told of his wife dying and a child being lost in a crowd.

Yet another witnessed the massacre of 110 fellow villagers from the mountains through binoculars. All in all, it sounded like classic tales of genocide.

Yet there were others whose eyes were still bright with hope. One young woman who had lost all of her family beamed with excitement as a crowd of people questioned me as to the prospects of coming to America. Everyone it seemed wanted to come to the land of opportunity and of their saviors.

Then there was Jro, a seventeen year old, whose eyes glowed with playful humor. Were he in America, he might have been a high school Romeo. He was the kind of person who brightens up any gathering. And it seemed at times there was no better argument against ISIS than his gentle friendliness.

His love was a triumph in the face of hate.

And there was Ishmael, who sat pensive, his thin cheeks pulled back and his eyes narrowed in thought. He had just graduated from college with a degree in computer technologies, and it was clear he was smart. But he had left family behind in Iraq, so while he sat with us all day and spoke passable English, he said little.

Each of them were passing from one life into another. Everyone in the camp had lost something. The young people had lost little of material value, though. Many seemed able to let go of their loved ones too. But their dreams were being broken just as they were getting started in life. This was the real tragedy of the camp.

Their life trajectories were a microcosm of the larger Yazidi culture. Their villages had been destroyed and their inhabitants had been scattered. No one knew what would come next. They were scared to move into Turkey, scared to return to Iraq. Some had been pushed into Syria. Some would inevitably immigrate to Europe and America. 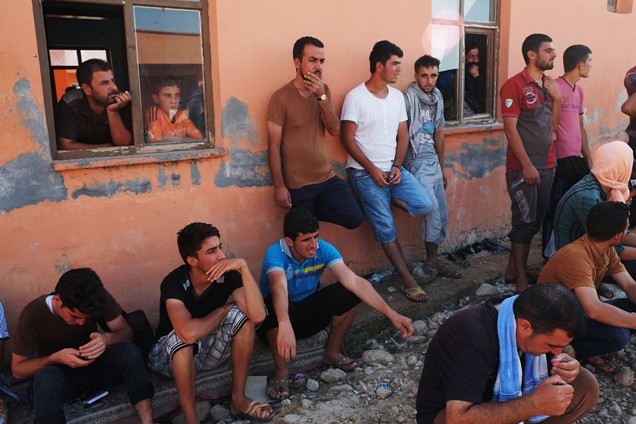 They were looking for a savior and America fit the bill. But America is a fickle friend and it was worrying to see them attach so much to a power that is spread so thin.

So as the camp became increasingly familiar, as subjects became friends, and as their causes became my own, it also became clear how these individuals might be transmuted into mere refugees. They would be cared for by NGOs and host states like Turkey.

If they were lucky they would be a protected minority, but they would not enjoy equal rights. And their life prospects would be diminished. It seemed the glow of hope that sometimes follows in the wake of disaster might quickly turn to despair as they passed from front page news to a back page story and on into the occasional National Geographic special interest item.

Ishmael and another Yazidi friend Sivan both agreed that it was more important for them to live than to save their culture. It was a refreshing and broad minded sentiment. And yet a culture should provide the means to live, and in making the Yazidis into refugees and destroying their culture, these bright young people had now been forced to make their way in life on their own, without the benefit of a community of support. Some would perhaps soar and some would fall by the wayside.

But each of them deserves the chance, and for that they will need a safe way out of the camps and some semblance of a culture that might provide mutual support.