I Attended the Ceremonies & Cremation of BKS Iyengar. {Sensitive Photos} 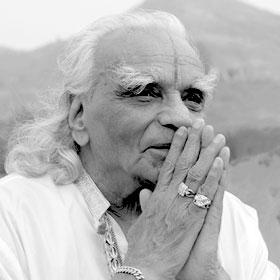 It has been nine days since the passing of Guruji BKS Iyengar.

I have been hesitant to write about it, doubtful that I would, but as I have been in Pune for three months now and have been a part of the processions and ceremonies, I feel compelled to write and share a glimpse of what has taken place here.

The day that Guruji passed was one of the most grief stricken, sacred and heart felt days of my life.

The experience still feels completely surreal. The generosity of the Iyengar family is beyond words and for the rest of my life I will carry this moment with me.

I had actually gotten news the night before that he might pass. As I laid in bed that night, I was enveloped in stillness. Not the stillness I normally feel, but something much deeper. Much more profound. When I woke early in the morning and got the news, it was not a surprise. My heart felt sad and calm. I still rolled out my mat and offered my morning practice to my Guru.

I arrived at the Institute around 8:30 a.m. The rush of people had not fully started yet.

I was greeted immediately by both Indian and Western friends. After a series of hugs I was ushered into Guruji’s house to receive Darshan. He laid on the floor, wrapped in white. Prashant sat at his feet, praying. It is a moment, like many from this day, that I will never forget.

I offered pranams to Guruji, gazed upon his body, walked outside and began to cry. 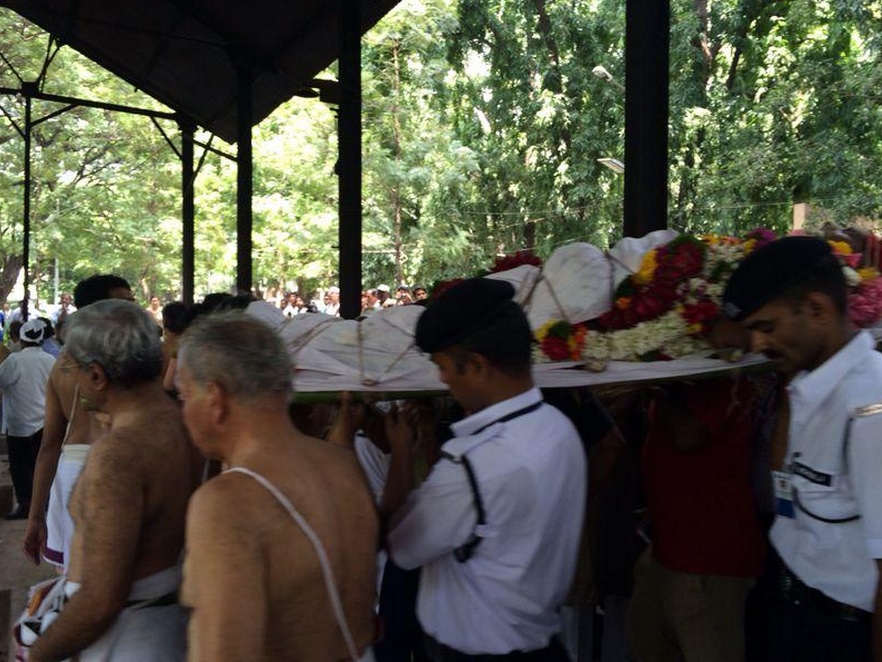 The next four hours were spent hugging, standing and holding friends as thousands of people gathered outside the Iyengar’s house.

Reporters came and interviewed us. Old students of Guruji, like Raya and Amit, were busy working, making sure everything went as smoothly as possible. Abhijata was greeting people as they entered the house. Many were crying, few were talking.

The entire time, Prashant sat as his father’s feet, most with eyes closed, helping him pass.

At round 12:30, we were all allowed to go through the house one last time for Darshan. Guruji was completely covered in flowers and surrounded by seven or eight chanting Brahmin. Geetaji, Sunitaji and several other women were just outside of Guruji’s room, also chanting.

Incense was burning and the Brahmins were sweating.

Thousands of people had gathered by now so our time to offer our respects was greatly limited. Still, to touch into the depth of that moment, to feel the spiritual presence from the rituals being performed, was one of the most profound moments of my life. I have been to funerals, have even seen cremations in Varanasi (India’s holiest city to die) but had never experienced anything like this.

We made our way to the cremation grounds after Guruji’s body was carried out. Anyone with a car offered space to all of us without them.

If there were any differences between people, they were set aside. We were one big family. Our hearts were one.

The cremation was sad and powerful. Prashant lead the way.  The whole day he was mesmerizing.  A Yogi in every sense of the word. Many of us who were up close helped pass the dung and sandalwood to be put on the pyre.  Even women, who traditionally are not allowed to the cremation, were allowed. Geeta was there, right behind Prashant. At one point I overheard a woman who was crying say she wasn’t even allowed at her father’s cremation. It gives you a sense of how special this was. 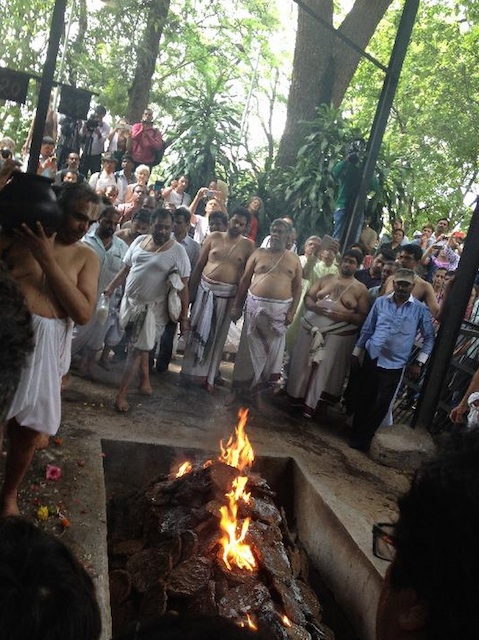 Below is a picture of the altar that’s been created.  We are all mourning and celebrating our beloved Guru.  And still it does not feel real. Only one month ago I was watching him take Supta Virasana and Viparita Dandasana with support for 30 plus minutes at a time. To think, he was doing this less than one month before his death.

Mr. Iyengar was a Yogi, a Guru and the best of human beings. I did not get to spend much time with him, but the moments I did were quite special for me.

It is with such great reverence and gratitude that I am able to call myself his student. 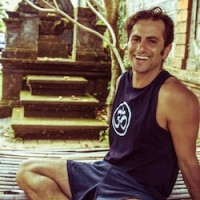