If I’m White, Am I Allowed to Mourn Michael Brown? 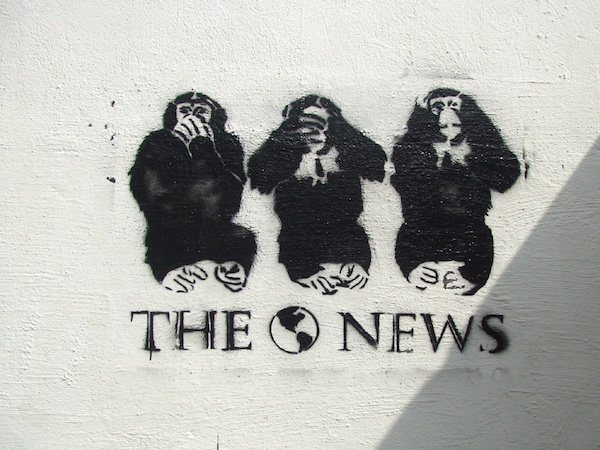 As a yogi, a mother and a human being I am devastated by the shooting of Michael Brown.

This unarmed teenager, who had shoplifted a box of cigars, was gunned down while he had his hands up in Ferguson, Missouri.

And yet, there is a particular hush about this in my news feeds.

Instead, my inbox is flooded with commentary about the loss of Robin Williams. Just this morning I have emails on the “10 Things Married Couples Should Know,” and “More Sh*t I Wish I knew in my Twenties.”

Let me make your life easier: You don’t know anything in your twenties and that was the point of the twenties.

I have not written since this young man died. As a yogi empath, I have been walking around in a zombie state stricken by the senselessness of the situation.

Everything about this case horrifies and sickens me, how this child was gunned down in the street by a police officer as he raised his hands in the air.

He was unarmed. He was surrendering. He was shot six times, twice in the head.

And he was black.

In just one week I am taking my son to college, but the mother of Michael Brown will be burying her son instead.

His death is a disgrace on our entire nation.

And yet, there is quite a bit of silence from my people, that generally being the whiter, yogi type. Is it that we are unaware or uncaring about this terrible event? I think not.

Perhaps it is because we have been intimidated into silence about matters of race.

Years ago, in the 1980s, I was a journalist living in the Deep South. I covered racism and civil rights in Birmingham, Atlanta, throughout Mississippi and Arkansas. I was the last reporter to interview George Wallace the day he left office. I left my comfortable home in New York for a life where I hoped I could make a difference.

Since I came back to work as a writer, I have found quite a different reception when I talk about race and unfairness, about inequity and prejudice. I have been met with anger, but wait—this anger was from the black community.

I had one woman, practically an internet stalker, who said: “You have no right to talk about black people if you are not black.”

This woman was of Asian-Indian heritage. She said that because she was of color (or had more color than I did) she was more entitled to speak about matters of race. She went on to say that because I am white I am not allowed to speak of race whatsoever.

I thought she was crazy, absolutely bat-shit crazy. I mean, if white people are no longer allowed to enter a conversation about race in America, then the subject will go away. The pain doesn’t go away. The inequalities don’t go away. Only the ability to do something about it goes away.

However, I was misinformed. If she was crazy, then she had company because as I continued to write about things that outraged me, I heard from other people of color that I didn’t have enough to enter the conversation.

So I asked my black friends, “Does it matter if you have color to enter a conversation about color in America?” I polled more than 20 people and unanimously they told me this: Don’t do it. Instead of looking at the problem, people will only look at you.

I got the hint. Social media enables instantaneous feedback and it came all over my website and blogs. White lady, go home to your white family in your white suburb and leave us alone.

Okey dokey. But just for the record, I do not live in the lily-White cities of Colorado. We purposefully chose a school and a community that is diverse.

Today, while others worry about their marriages and the loss of a great comedian, I worry about a mother in Ferguson, Missouri. I wonder if someone is making her dinner, and helping her get through the day. My heart breaks for all the parents in the world who have lost children, as it the single worst thing that could happen to a human being of any color.

But I am white, so I do it silently.