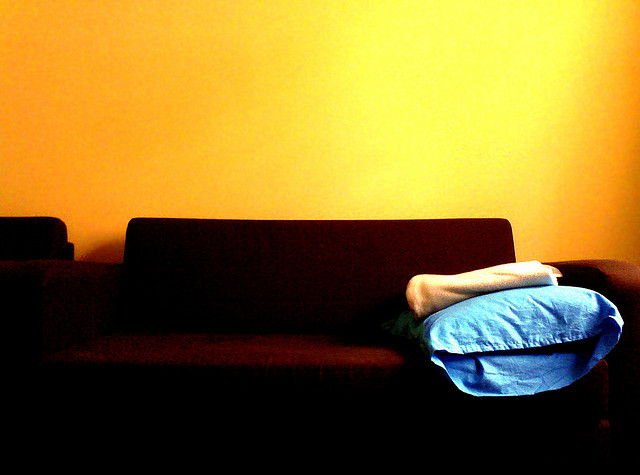 I’m a big fan on the Ockham’s razor principal.

In case you’re not familiar, the theory stats that when all things are equal, the simplest explanation is usually the right one.

Simplicity seems to get a bad rap in our society. We think the more complicated something is, the better it must be.

I remember once I got my hands on a video tape showing a tournament where Bruce Lee was lecturing. It was amazing. All of the attending schools were asked to demonstrate their techniques for a front choke, for comparison and analysis. I had my note book with me and was carefully writing down all the techniques I liked so I could add them to my arsenal.

Then it was Bruce Lee’s turn.

The attacker placed his hands on Bruce Lee’s throat, and the arena became deathly still as people waited to see what the master would do. In a perfect application of Ockham’s razor, Bruce punched the attacker in the face…really, really hard.

Simplicity is almost always the shortest distance between two points.

It’s in my nature to try to solve problems and find solutions, as opposed to merely complaining and hoping things will change on their own. This can present problems for me in my job as a hospital clergy because much of that job is listening to people complain about situations where there is no solution and they have little control over.

A little while ago, I got in trouble at my job because I tried to shave a patient with Ockham’s razor, and while I got the result I wanted, the family wasn’t very happy about it.

I would like to preface this story by stating that this incident caught me at a bad moment, and my patience had already been greatly reduced. I had spent the last few hours with my then girlfriend, having what had to be the most ridiculous argument I had ever been a part of.

These arguments were becoming something of a regular occurrence, but this one had been the worst one yet. I consider myself to be a logical person, so when others throw logic out the window when arguing with me, I get frustrated rather easily.

When the page came that a family was requesting me at the hospital, I was glad to walk away from the argument.

I got to the hospital and headed to the cancer ward where I met with the family. I had worked with this particular family a few times previously and knew them to be good people. The patient, we’ll call him Bob, had stage one thyroid cancer. He was 22, in peak physical condition, and his diagnosis looked very positive. They had caught the cancer early, and he had been responding to treatment exceptionally well.

However, Bob had a very difficult time dealing with the fact he had cancer. He was spiraling into depression, and often talked of suicide.

This is why the family called me.

Bob was in a full blown emotional crisis. He was telling everyone around him that he wanted to die. He was asking people to “unplug” him, even though he wasn’t plugged into anything, and was pissed that life had treated him unfairly by giving him cancer.

Now…what I should have done, was gone into the room, let him vent for a while, try to give him some insight and perspective, and attempt to shift his focus from the cancer to the possibility of life. The family was outside in the hall because he wouldn’t let anyone in to see him, and since they all loved Bob, they didn’t want to see him in despair.

I reassured the family that I would help, and entered the room.

Immediately Bob started yelling at me, saying that he just wanted to die, and complaining that no one was listening to him.

There’s a story of a monk who came across a man in the snow, having a breakdown. The man screamed and cried while asking the people who passed by to help him, so the monk decided to help. He sat down in the snow next to the man and started screaming along with him.

Soon the man got up and walked away.

I tell myself now that I was thinking of this story at the time, but I’m honestly not sure that was the case.

“Do you really want to die?” I asked Bob.

“Yes! This is what I’ve been saying for the past three hours. Why is that so hard for you people to understand? I just want to…”

I took a pillow, and held it over his face.

He flailed around a bit, but I’m a pretty strong guy. I held the pillow there for around forty seconds or so, just until the thrashing started to slow down. Then I pulled the pillow away.

“Did you say something?” I asked.

“What the hell are you doing?” He gasped in between breaths.

“I’m helping you die,” I said and put the pillow back over his face.

This time I let him pull the pillow free, but I made him work for it. When he finally managed it, I asked him if he wanted to live.

“Yes! Yes I want to live!” He yelled loud enough for the entire hospital to hear.

I left the room and wondered if the cafeteria had any of that really good peach licorice I like so much.

The family complained that I had assaulted their son (which I had), and I had to go to sensitivity training…again.

However, Bob stopped saying he wanted to die.