The Difference Between Being Held by a Masculine Man & a Feminine Man: The First Hug. 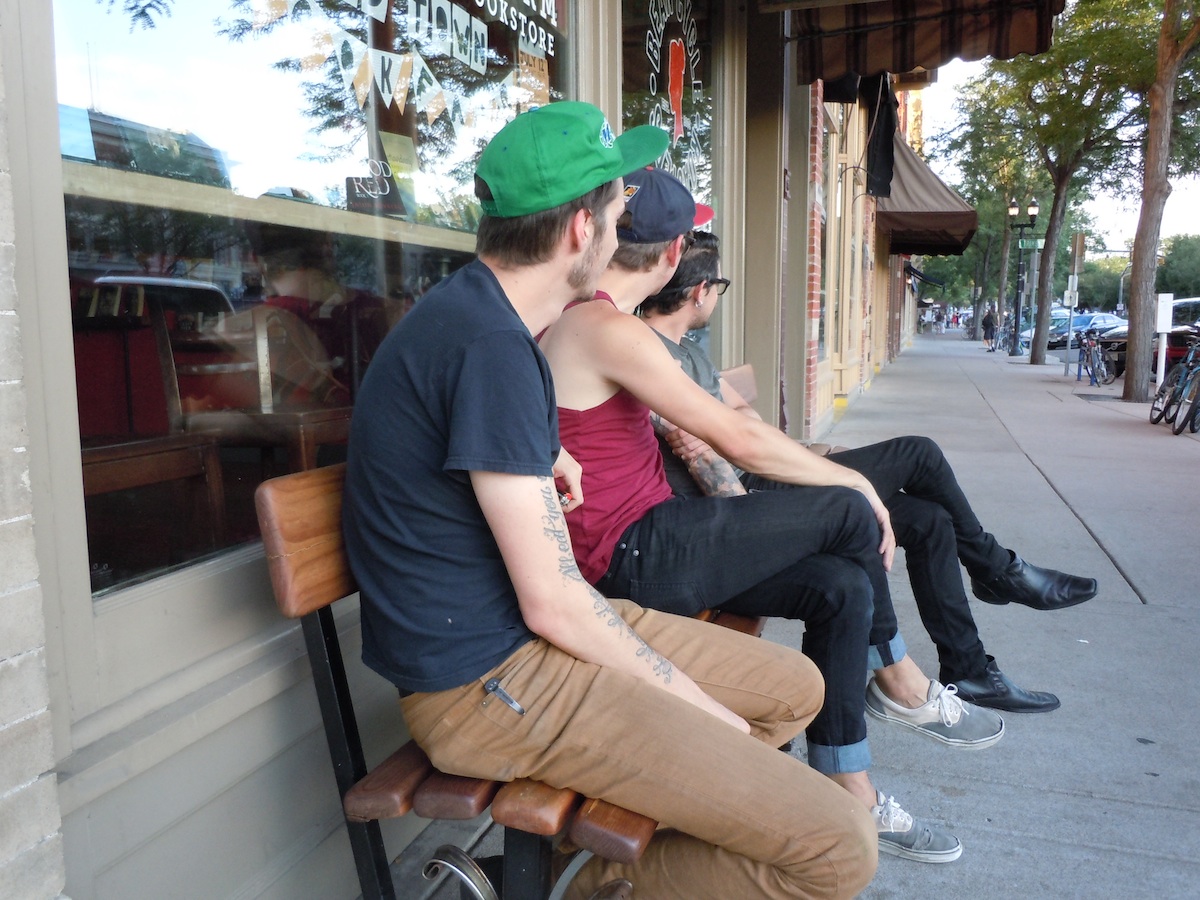 Last night I got two of the most incredible bear hugs from two amazing (and brave!), masculine men.

This all started because I told my friend and colleague, Steve Horsmon that I had decided to challenge myself by going dancing with the usual suspects (my friends who like to go to dances as a group and have fun) while attempting to not man-up.

I used to have this (almost lifelong) habit of living in a protected, masculine state. It came from a childhood of abuse and neglect, but was not serving me well at all anymore. The past 18 months have ushered in transformation after transformation for me, as I began to learn about feminine and masculine energy and how to truly appreciate both.

I learned how to get into my own feminine energy by reading books, taking a workshop, talking to everyone on the planet that would talk to me about it, meditating, and practicing all the bloody time—oy!

At some point, I began to recognize that I was good at getting there just fine, but depending on what was happening around me and who was with me, I would, by default, go back to masculine.

So after a few months of practice and lots of self work, I’ve begun to go out again—slowly, not wanting to scare some part of me that might still be frightened back into the habit of manning-up.

I want to be kind to myself. It’s been a long road from childhood to here (because I’m no Spring chicken, that’s for sure), a lot of hard work, and old habits die hard, as it were.

I found, too, that I really like experiencing my power as feminine—not rigid, demanding and masculine anymore, but soft and powerful.

Once I felt the difference, I was hooked.

So, totally unsolicited (and absolutely spot on), Steve emailed me back and suggested I try an experiment with any man I know. Here’s what he sent me:

“Tonight, if the time is right and it feels right, try this. Explain to the man that this is coaching homework to allow you to submit and get through some blocks. Explain to him that this exercise is something that might have normally freaked you out in the past.

Ask him to face you calmly but assertively and then take you in his arms in a big bear hug. Ask him to squeeze you tight and then gently lift your feet off the ground (this should be easy since you’re a lightweight).

Ask him to growl low like a bear and then set you down, but not let go yet. Then give him the line to say: “I just wanted you to know how much I appreciate you and your energy. I feel safe with you.”

Then he did something that got my attention. He wrote, “I know you won’t do this, but…” Okay, when I hear/read that type of statement, I go all, “Don’t be telling me what I will and won’t do, mister!”

I told him I would do it.

Then he double-dog dared me.

And you know what that means, right? You’re required to do it.

Actually, I genuinely wanted to do this experiment. I wanted to see what the reaction would be.

But I had some personal issues with the exercise—because I know me. I had a feeling that if I spoke the instructions out loud, they would come out as bossy demands (my old MO). So I wrote them on an index card, broken down into steps instead, to be safe.

My first chance to try this experiment came when my friend picked me up to carpool to the official, full and going-to-the-dance carpool. I was late and had been rushing around to be ready for his arrival, so didn’t have time to do any feminine meditations to make sure I was ready like I had wanted to.

After we exchanged greetings, I handed him the card with the explanation, “Would you be so kind as to consider helping me out with something? I have some homework from my coach. But if you don’t feel comfortable with it once you read it, no worries. This, on the card, is something that in the past, might have freaked me out.”

I felt him shift into what I, these days, recognize as strong, protective, masculine energy.

He was curious and polite—serious—to match my own serious but not negative tone. I was smiling and polite, but serious (Hey-soos! I realize now, as I am writing this, that I was totally in my feminine—and powerful—energy without even trying—bravo me! Wow, that means I actually called him up into masculine energy, and he accepted the gift of my feminine energy. So that’s how that works!).

He carefully took out his glasses to read it. He read it through once and said yes, he would do that for me, no problem. I went into “stunned” mode at his very ready, serious acceptance of this task. He explained how he wasn’t good at memorizing things, so could he keep the card in his hand. I said yes.

While he was reading it through once more quickly, I teared up, standing right there on my entryway rug. I did so because I could tell he was being thorough and careful and he wanted to get it right for me.

The thought that someone—a man—could be so willingly careful and sweet for me at my request of help made me want to cry in appreciation, sadness (for having never experienced this quite like this before) and joy.

He straightened up to face me “calmly and assertively,” and very carefully and respectfully put his arms around me and hugged me hard. It felt strong and firm and careful all at once.

I put my arms on his shoulders, around his neck. Then he carefully lifted me up and growled like a bear, and I was amazed at how this made me feel. I felt small and protected and cherished, because he was so masculine and yet careful all at once.

After setting me down, he very respectfully and sweetly said his lines from the card, and I wanted to cry again, because I felt so protected and taken care of there in his arms. I was enthralled by how that had affected me and thanked him with an enthusiastic, “Oh my, that was awesome! Thank you!” I put the card in my jeans pocket to take with me.

We talked about it some on the way as he drove us to the carpool meeting place where we got in that car with three more people ready to go.

I noticed at the time that we both very easily and comfortably remained in our respective masculine/feminine energy.

Once at the dance, I decided to ask someone else I knew to try the bear hug exercise. I had only meant to try it with one man, but I liked the feelings it brought up in me.

I liked how it had turned my brain and heart inside out. It made me rethink so many things I had thought I was certain about—about men, about myself.

Keep reading on to Part Two!