Walk with Me into a Traditional Muslim Home. ~ Jean Gendreau 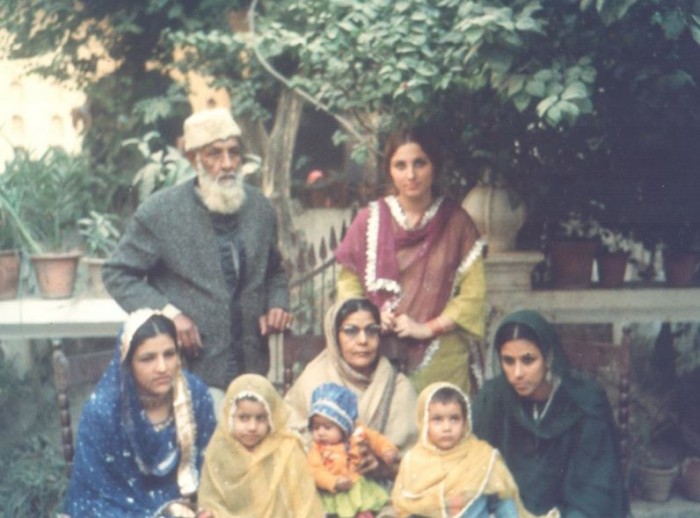 We’ve heard so much about Muslim brutality and seen such terrible pictures.

We lift off our black veils and straighten our regular clothes, which are blue jeans and t-shirts. On the sofa a cousin nurses her baby under her shawl. In the corner a friend kneels and lifts her hands in prayer. From her bed behind a screen, the grandmother, who is senile, calls out to her dead father.

A teenage boy comes in, lugging two bags of groceries. He peeks behind the screen to check on his great-grandmother and smiles at her.

Is the gentleness of this scene a lie?

As spiritual seekers, we hope to judge others less. Sometimes, especially when we hear about oppression and senseless killing, it seems OK to judge because we empathize so deeply with those being hurt. Yet we know that every time we judge anyone for any reason, we step backwards, away from the peace of the Buddha mind, the Christ consciousness, the non-judgmental love of our deepest essence.

Here’s what I know for sure: Many Muslims are tender, gentle, sincere worshipers of God, the same God that I love.

How do I know this? I am a Christian who practices yoga and Buddhist meditation. But I used to be married to a devout Muslim. His sisters and mother—who wore burqas—were my sweet family. I lived among Muslims for eight years.

Let me offer three steps towards seeing Muslims with kindness:

1. We can question negative statements and images about all groups of people, including Muslims.

Throughout history, there have been people who claimed that their faith told them to torture and kill. Devout Hindus have committed massacres, as have Sikhs, Jews, Native Americans and Buddhists. During the Spanish Inquisition, there were Catholic priests who burned little Protestant children to death. We understand that these people killed because of their own personal darkness, not because Jesus, Buddha or Guru Nanak urged them to kill.

We can question the validity of every murderer’s excuse.

Many Muslims, including Muslim priests and scholars, feel the same way about those who beat and murder in the name of Islam. Many imams preach that true Muslims never kill. Gandhi’s close colleague, the great Muslim pacifist Abdul Ghaffar Khan, taught that a true Muslim never hurts any living being.

2. We can do some research.

How can we know what Muslims really believe? We can read their websites. Here are two: My Jihad and Muslim Voices.

There are some things that all Muslims believe. For example, all Muslims believe that Mohammed is the last prophet of God. But Muslims also want the world to know that they worship God; they do not ever worship Mohammed. The word “Allah” simply means “God” in Arabic.  It’s just a translation.

As in all faiths, the opinions of Muslims vary on some issues. Many Muslims feel Islam does not require special clothing, while others feel a head-to-toe veil is necessary. The original commandment is that all Muslims, men and women, must be modest. But interpretations vary, and Islam has no pope, lama or guru to decide what is correct.

What does the word jihad really mean? One Muslim website says, “Jihad is a central tenet of the Islamic creed which means ‘struggling in the way of God’—the way of God being goodness, justice, passion, compassion …not forcible conversion as wrongly claimed by some.” These Muslims are saying that true jihad is like penance during Lent or our struggle to grow more loving and less judgmental. This is a traditional, well-respected view in Islam.

Muslim Arsalan Iftikar says, “I am a proud Muslim pacifist. And again, to shatter these generalizations about Islam and extremism being interwoven and innate within one another [I am] trying to show the diversity of Muslim and Islamic thought and how you can advocate for non-violence and still be a proud, practicing Muslim.”

Ordinary Muslims have told me that they yearn to share the peace of their faith with us. I have sat in Indian villages with bearded Muslim scholars and asked them about Osama bin Laden. Every one told me the same thing: “But he was not one of us. He was not a Muslim. God forbids murder.”

3.  We can see Muslim behavior and clothing with understanding eyes.

To many in the West, Amish clothing and nuns’ habits seem old-fashioned and quaint. Yet we may assume that the headscarves and veils of Muslim women symbolize oppression.

Here’s a blog by a feminist Muslim woman:

She says, “Never think of a hijabi [a woman in a headscarf] as an oppressed person. They might have more freedom than you do.”

There’s a lovely, thoughtful movie, “Arranged,” that shows how Americans misunderstand Muslim traditions. The young Muslim heroine finds that the only one who understands her is an orthodox Jewish girl.

I remember my husband’s aunt, a devout Muslim who wore the burqa proudly. Widowed in her twenties with two small sons, she ran her estates alone until her eighties. I remember her severe eyes and soft cheeks. She was powerful; men respected and obeyed her.

We may find Muslims hard to like. After all, they are as strict as Puritans. Devout Muslims do not drink, swear, sleep around or tell dirty jokes. Neither men nor women wear sexy clothes outside of their homes. I would never invite them to a beer bash.

In Islam, serious charity really matters. On holidays they give away entire sides of beef. The rich give away millions. In their mosques, a poor, homeless man is welcome to sit in the front row next to the bank president.

We can step away from judgment by seeing Muslims with new eyes. By reaching out with loving kindness, we can increase peace and equanimity in ourselves and in the world.