Walking in Beauty: Why Higher Education Should Be Indigenized. ~ Justin Vood Good 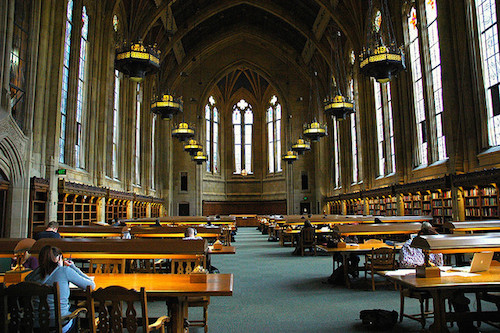 It is the right and freedom of the people that there always be holistic education of the values and principles underlying the purpose of living in balance with all creation, walking in beauty and making a living.

~ Transcript of the Fundamental Laws of the Diné

Many people who think about the problems with education have a hunch: education isn’t what it used to be.

But how do we think it used to be?

A bunch of white men sitting in an Ivy tower drinking sherry and talking about Hesiod? The pre-industrial guild education in the arts of living and trade? The classical trinity of logic, grammar and rhetoric taught in the original university system?

One day this spring when I was discussing problems of pedagogy with my friend and sociologist Phoebe Godfrey, she asked me this very question,

“Is there really some kind of more perfect education that was lost?”

Yes there is, and it is the key not only to the recuperation of our deeply flawed educational system, but to our sick and psychotic culture as well.

Higher education must be indigenized.

Thinking about Phoebe’s question, I searched my mind for images of education that resonated with my ideals.

Phoebe then reached behind me and pulled out a book that would connect the dots for me: Four Arrow’s ground-breaking study Teaching Truly: A Curriculum to Indigenize Mainstream Education (Peter Lang: New York, 2013).

The book does not advocate the total rejection of modern methods and curricula, but more modestly, a partnership between two systems—two worldviews—which have been at war since Contact began circa 1492. For many ecologically-informed observers, the war against the Earth (that industrial society continues to intensify) is an inevitable result of this same conflict.

As Four Arrows argues, a key difference between these two systems has to do with humankind’s relationship to nature and to its understanding of what it means to know nature —its epistemologies.

Every culture is fundamentally shaped and guided by what philosophers call an “epistemology”—literally, a theory or perspective (logos) on what it means to have genuine knowledge (episteme) of something.

And the differences between modern and traditional epistemologies are not only vast, they are currently irreconcilable.

For many trained in the modern way of looking at things, the modern scientific, rationalist view of knowledge is not only the best form of knowledge, it the only legitimate, trustworthy path to Truth.

From this perspective, traditional cultures, which are understood to lack the modern scientific method, operate with a fundamentally flawed epistemology, and are thus considered “primitive.” As a consequence, their view of nature is also considered primitive, childish or irrational.

To take one of the most obvious examples of this, the traditional view of Earth as Pachamama, that is, as a living, conscious, intelligent and loving entity, is generally seen through modern eyes as at best metaphoric, and at worst, a childish, irrational, even infantile perspective on the planet.

As a science-minded person will say, there is no “proof” that the world is ensouled. In contrast, the traditional view holds that through special states of awareness—sacred states—a deeper internal and spiritual connection to the Earth can be directly experienced, and knowledge of Pachamama as sentient, alive and intelligent, can be verified beyond any reasonable doubt.

Scientists and those who evangelize for science as the one true path will smile at such talk about the world as a sentient and intelligent being, even though they are aware of the dangers and distortions that the objectification of human beings introduces.

Treating another person as an object, a thing, rather than a subject with an internal life, sentience, desires and intentions, is both a moral failure as well as a perceptual, cognitive failure.

Because you do not appreciate that the being has an internal life and its own intentions, values and dreams, you never question the exploitation of that “natural resource.” Rape becomes “development.”

Could the scientific method, which purports to study nature “objectively” be making a similar error in objectifying nature? Clearly the indigenous perspective which speaks with experience-based conviction regarding the sacred nature of the Earth says that this is precisely the violence against the earth that the modern perspective continues to perpetrate with its ideology of objectivity.

This is no idle philosophical issue, but underlies the differences between a culture which can maintain long-term harmony with its environment and one which rapes, destroys, extracts and pollutes without end the very ground which supports it.

The idea of indigenizing education begins with acknowledging this fundamental schism in worldview, and the ramifications for our culture’s war against nature.

Whereas modern education, rooted in humanistic ethics and science-based knowledge, defines human beings as outside of, and more intelligent than nature, traditional “nature-based” thinking sees humankind as one strand in a larger, more intelligent system of systems and forms of consciousness. 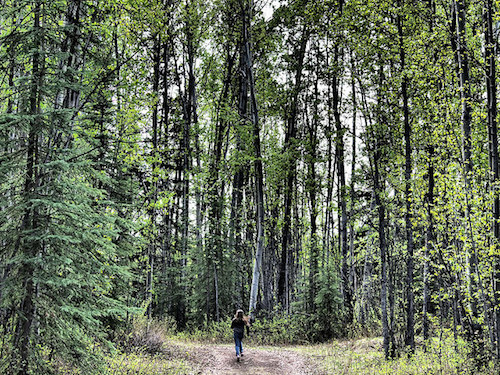 From an indigenous perspective, this perception of human reality as separate from, and superior to the rest, is the root of our problems all around.

Mainstream education is largely responsible for our era of crises. Its authoritarian assumptions of superiority over other creatures, races, cultures, spiritual beliefs and Nature, along with its continued dismissal of Indigenous, nature-based values, have brought humanity to the brink of near extinction and has helped cause many other species to already become extinct. Every major life system on our planet is at a tipping point. (Teaching Truly, p.2)

That such a statement will be immediately contested by many of my colleagues is indicative of the anti-indigenous racism still endemic to most mainstream curricula.

In the articles that will follow, I shall explore this question of indigenizing education, of what indigenized education is, and why higher education should be indigenized.

I shall offer personal testimony as one white man, learning from some amazing teachers who know much more than I do, and I will share my own experiences and heart wisdom from about fifteen years of teaching experience.

Following my process of discovery, my next article will focus on a lesson I learned from a beautiful and powerful spirit, namely, that teaching is all about relationship.

Read more about this subject in the second part of this series. 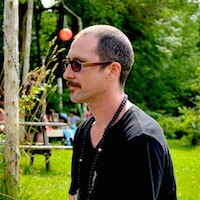