Why You Should Try Psychoanalysis Before You Die. ~ Dr. Claudia Luiz I didn’t become a psychoanalyst overnight; after 25 years of practice, I’m still learning how to do it.

Here’s the thing about psychoanalysis: you keep finding things out about yourself that you didn’t know. Or at least, that you hadn’t said out loud before. Either way, you evolve.

And that’s mostly what I want to say about why you should try being in analysis before you die: because it’s a great method for how to stop solving and start evolving. I’m going to tell you what has to happen to evolve, because it’s not something you can just do.

Now, I don’t know if you believe in the unconscious or not, but I do. Thank you, Freud! (Harvard researchers now call it the “adaptive unconscious.”) Simply put, there’s just no way that you can register everything about yourself at one given moment. Like it or not, we’re inexplicable.

And the reason we are so mysterious to ourselves is because that is the nature of how we stay mentally organized. Our mental organization may look like something out of a Dr. Seuss book—all wobbly and shaky—but nonetheless, however foolish and faulty, it keeps us sane.

Psychic structure, and the fact that you are inexplicable, happens for a reason. You may not, for example, want to think about how little you exercise, because you don’t want to remember that you don’t like your body, which you don’t want to remember because, hidden from consciousness, is the idea that if you liked your body, you’d dump your partner, have to go out and find another partner, and possibly have to be alone for the rest of your life because you are so greedy.

The unconscious is a quirky place.

Many thoughts that you have outside the realm of your immediate consciousness are often ridiculous, which is probably why you filtered them out in the first place. I once treated a man who would scream at the top of his lungs every time his wife overcooked the chicken. What he was filtering out was that he was abusive, like his father. Instead, he felt abused by his wife’s chronic, relentless, apparently totally enraging overcooking of the chicken, and that idea kept him feeling sane. We filter things for reasons.

Enter: psychoanalysis! But wait. Because it isn’t what you think it is. We’ve come a long way since Freud, so hang on to your hat, and I’m going to surprise you with how we evolve in psychoanalysis.

Psychoanalysis today is not a three-times-a-week commitment to talking to the ceiling while someone sleeps behind you, who will wake up only long enough to tell you how f*cked up you are and why. We’ve come a long way, baby!

Freud provided, among six or seven different meta-theories of the mind, something called drive theory. This is a much-overlooked theory that purports that we have two energies, aggressive and libidinal, that, when they work together properly (otherwise known as fusion) make it possible for us to conquer the world.

Poor fusion can lead, on the flip side, to being too aggressive without realizing it, leading to getting a smaller inheritance and poor service at the post-office. Whiners and complainers and bitches and assholes would be good examples of people whose drives are not well fused, because they don’t like either themselves or anybody else. You can’t use your aggressive energies, because you don’t like them, and you can’t use your libidinal energies because they are otherwise employed. Which, by the way, happens to all of us, at some point in time or other.

So it’s emotional experiences that you should search for in psychoanalysis and life to evolve. Like being heard. Deeply understood. Instead of what we usually look for when we talk, which is an attitude adjustment; a quick and easy way of being “fixed.” Emotional experiences strengthen us enough to stumble upon the things we don’t yet know about ourselves.

When you discover what you did not yet know about yourself, change happens magically. I listened to that abusive man rant about his wife for a long time. One thought led to another, and I learned how abused he had been. One day, he stopped abusing his wife. Just like that.

Because I had recognized him, emotionally, which led to him to be able to realize that he was a pretty angry guy. He stopped going into fight or flight when the chicken got overcooked and could see it for what it was: a badly cooked meal, not an affront to his dignity and manhood. Your destiny shifts when emotional experiences open you up to yourself. You attract different energy and you put a different energy out. You are not controlled by unseen emotions: you have choices.

So you have to try psychoanalysis before you die. Evolving really does beat solving because there’s so much more to you than your conscious ability to problem-solve. You probably know that. Because you’ve probably noticed that you can have all the best solutions in the world—from reaching enlightenment to perfectly de-cluttering your closet spaces—and, chances are, you will still be as un-enlightened and prone to clutter as ever.

Just go to your psychoanalyst once a week—that’s all you need these days. Give it at least a couple of years. Hopefully during that time you will complain a lot or, better yet, be a complete asshole. Which is where the power of analysis lies. Because your analyst is going to be the one person in your life who will not react negatively to you. Instead, they will be fascinated when you start to open up about yourself, and want to know more. 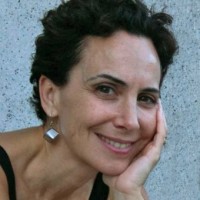