7 Truths to Remember as You Live Out Your Dream. ~ Thai Nguyen 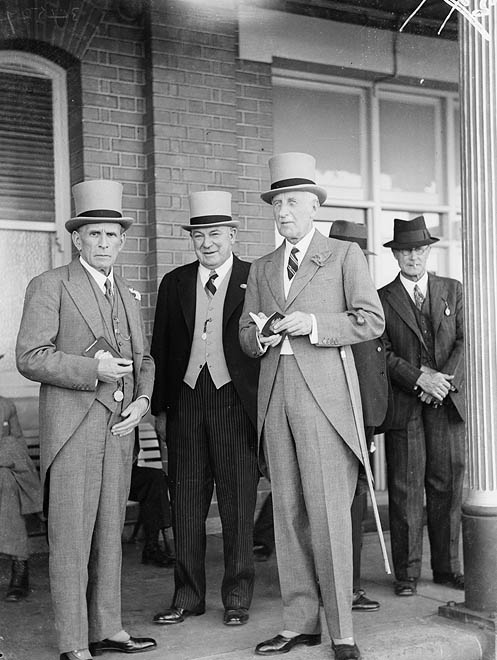 Those words echo from every human soul.

Big or small, our dreams are launched with a swell of excitement. But after we burst from the starting blocks, it doesn’t take long to realise we’re running a marathon and not a sprint.

Indeed, the journey toward our dreams is a journey of a thousand miles—and you’re feeling every single step. Like a sip of water replenishing you along the way, these seven truths can help carry you as you chase and live out your dreams.

1. Quality will Beat Qualifications Every Time.

You’ll question whether you’re qualified to do the work. Inevitably, you’ll run into someone with more degrees, more initials after their name, and you’ll put your tail between your legs.

It’s a good time to think of Joyce Hall, founder of Hallmark, who never attended college; Anne Beiler, co-founder of Auntie Anne’s Pretzels, who dropped out of high school; and of course, Richard Branson, who left school at 16 to start his first entrepreneurial venture.

That being said, there’s no question over the necessity of education—the issue is traditional institutions vs. self-education. It’s not that these individuals decided to cease education altogether—successful people are life-long learners—they simply pursued it through their own efforts.

Don’t mistake what’s valuable, for what’s essential. At the end of the day, if your product or work absolutely rocks, nobody will care what piece of paper hangs on your wall.

Inspirational men and women are renowned because their dream wasn’t simply about making their pockets bigger. Their vision extended beyond self-gratification.

Let’s be real—money is important. It’s a powerful resource that can bring great change. And when ambition turns into success, wealth is sure to follow. What you choose to do with that wealth will reveal much about you, and the legacy you leave. Money can tear down monuments as quickly as it can build them.

Much like the ring Frodo carries, money has an all-consuming power. And if the scope of your dreams are as wide as blinders on a race-horse, your fulfillment will be as narrow. Just take a look at the tragic ending for almost every major lottery winner.

Money without meaning is worthless. Create a grand vision for your success that extends far beyond the confines of your own life.

3. If You Want Success, Start Failing.

Because failure and losing has the unique ability to uncover your blind spots. Significant improvement comes not from studying your strengths, but your weaknesses.

It’s called iteration—progress with refinement toward a goal. It’s one thing to simply repeat a process, it’s another to do so with improvements.

Failure is the drawing board for iteration.

4. You Can’t Please Everyone.

Everyone has an opinion and will give their advice. But they won’t all be supportive of your dream. While it’s in our nature to love and be loved, to make friends, not enemies, striving to live according to someone else’s blueprint will only create bitterness.

Before David fought Goliath, he was instructed to put on King Saul’s armor. It was so uncomfortable he could barely walk. Only when he stripped the armor, and picked up his own sling, was he able to defeat Goliath.

It would’ve been a different David & Goliath story had he taken King Saul’s advice.

There’s nothing wrong with seeking counsel and taking advice, but you have to filter the advice that propels you, from that which derails you. It’s wise to have an inner-circle of people you respect to speak into your life and act as a second filter. But ultimately, you have the clearest and best vantage point for what excites you. The sooner you realize you can’t please everyone, the better.

Bill Cosby said, “I don’t know the key to success, but the key to failure is trying to please everybody.”

The power of human imagination continues to baffle scientists. Visualization exercises are used by elite athletes with incredible results. In a study comparing pianists, those who simply imagined playing a melody performed almost identically to those who physically practiced. Your imagination—creating a vision, blur lines with reality.

Writing down your goals and dreams is a practice involving your imagination, and likewise with profound effects. Dr. Gail Matthews is a psychologist from Dominican University. Her research took 267 participants and found that those who wrote down their goals with specific weekly strategies had a 76 percent success rate compared with 43 percent who merely stated their goals.

Practically living out your dreams is fueled through “impractically” dreaming out your dream. Write your goals down often. Clear and detailed. And the next time someone calls you a dreamer, that’s a great sign.

Nobody leaves a campfire without smelling like smoke. Subconsciously, we can’t help but take in information from our environment. And, after prolonged exposure, it manifests in our behavior.

Jim Rohn said, “You are the average of the five people you spend most time with.”

We’re deeply impacted by the people we allow into our lives. That’s why “Mastermind” groups are so popular and effective among entrepreneurs.

It’s a good time to take inventory of the people closest to you. Are they lifting you up or bringing you down?

Your dream won’t be presented on a silver platter. Success will come with scratches and scars.

One of the most celebrated authors of our time, J.K. Rowling, chased her dream from the age of five. But before the Harry Potter series became an “Everest” in the literary world, Rowling spent many years deep in the valley. After losing her mother, enduring a failing marriage, whilst raising a daughter, Rowling reflects, “I was as poor as you can get without being homeless.”

Of course, depression and turmoil aren’t prerequisites for success, but sacrificing your comfort zone is. And by definition, that’s not a pleasurable experience.

Transitioning from your present reality, toward that dream, is much like moving into your dream house—packing and sorting through junk isn’t easy, but necessary.

The pain in the sacrifice will be drowned in the reward. Endure, persist, and you will surely celebrate.