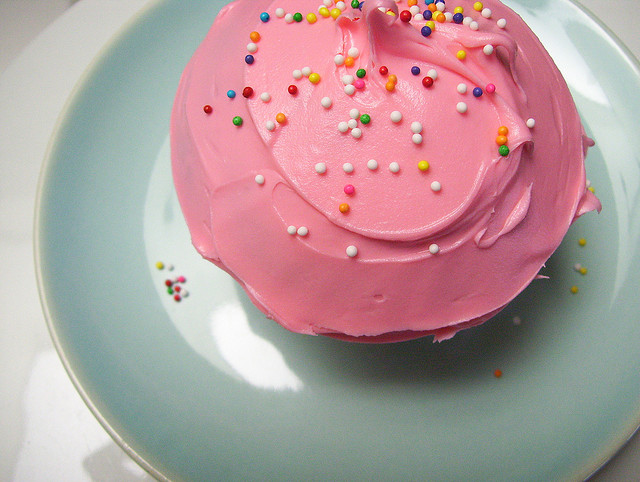 My hand was on the key to turn off the ignition after pulling into the parking lot, when the door to the portable (read: classroom in a trailer) opened and they bounded out.

The power of cupcakes, I thought.

It wasn’t unusual for the kids to come out and greet me, but their impeccable punctuality this morning had the essence of can-we-open-our-presents-yet?

“Hi, Miss Niki!” called Lyric. Hers was one of the names I knew because there was no way not to know—she was a child impossible to overlook. She insisted on me seeing her. Many of the kids did.

The boys were already opening the back doors of my car, heaving out the blue mesh bags. I followed them toward the portable. They knew that the bag I carried contained a treat of some kind to celebrate our last day together.

“You forgot the music!” one of the kids hollered to me. I turned back around for my iPod and speakers. The thirty-minute playlist I had made began with Bob Marley’s “Lively Up Yourself” the very first day I volunteered to teach yoga to a group of 7 to ten year-olds at the Boys and Girls Club.

I walked in that day not knowing a thing about teaching yoga to kids, as my inner critic kept diligently pointing out. I figured that I would at least be safe starting with Bob, and with the one thing I did know about teaching in general, thanks to my adult yoga class and college composition class: when you teach, you learn.

After that first day, it was clear that my music, along with most of my treasured, traditional-flow class structure, would be totally revamped. The kids dug Bob. But they dug Michael Jackson, Katy Perry, Bruno Mars, John Legend and Imagine Dragons more. And the music wasn’t the only curve ball. That first morning with them, I asked the group what yoga was. A couple of them offered the anticipated “exercise” and “stretching” definitions.

Then, one girl raised her hand and said, “It stops other people from bothering you.”

Whoa. And then I thought, I’m all in.

As I walked in on that last day, Mr. Travis, the site facilitator (read: He Who Reigns in Distracted Kids), met me at the door as usual with a big smile, “I won’t be practicing today, but I’ll be right there,” he said, pointing to a desk with a computer in the corner of the room.

The first day that Mr. Travis stepped off of his mat and out of the room to talk with a parent weeks before, the group of would-be yogis was lost to me. As I watched them start talking to each other, wander over to draw on the board, writhe around on their mats in poses unknown I’m sure even to Krishnamacharya, I realized that the virtue of yoga as its own reward was no match for the universal law of a known authority figure in the room to keep everyone in line. Or maybe I just wasn’t keeping it interesting enough for them.

Despite my panic that morning as I all but jumped up and down to get their attention again, one thing was undeniable: sometimes, we all just need to get out the wiggles.

In fact, I’m not so sure that adults’ ability to control the body’s natural urge to dance, jump, kick, flail and move intuitively is such a good thing. Needless to say, I had expressed as calmly as I could to him that his practicing yoga along with the kids made “a big difference.”

I like to think that by that last day, I had earned a bit of respect, if not authority, of my own from the group. We had had our bonding moments, taking turns with the vulnerability afforded unfailingly by the human body.

The first time I demonstrated Navasana (“Boat Pose”), my hip flexors betrayed my otherwise strong core. The kids, in their honesty bordering on that of Captain Obvious, exclaimed, “You’re shaking!” I allowed myself a humble smile, “It’s a tough pose.” And then, there was the merciless visitation of flatulence from which none of us are spared. I didn’t hear it myself, but the “Ewwwwws” that traveled from the back of the room toward me let me know when it happened. I laughed, “Somebody’s really relaxed!”

For the very last class, although I subscribe wholeheartedly to the yogic philosophy of Ahimsa (nonviolence), from which competition is excluded, I knew that a straight-up game of “Yogi Says” would be a big hit. As I suspected, there was serious vying for certain poses that had become favorites over the month I had taught them, and who knows why. Because they felt the best? Were available to some especially bendy bodies (important note: certainly not all of the kids boasted a Gumby-like frame)? Or were the most impressive-looking? One boy stood in front of me, demanding Shoulder Stand, which wasn’t in the picture card pile from which they were pulling. I offered Wheel to him, which he was wildly adept at, but all I got was,

I gave in. This was a young boy begging to do a yoga pose. What beef could I possibly have with that?

We sat in a circle and as the pose list was passed around, each of them picked one that hadn’t been called before. Whoever had the pose had to move to the middle of the circle and demonstrate the pose for the group. When my pose was called, I walked to the middle, furrowed my brow and looked around, “How do I do Plank?” Every hand shot up in the air.

“Get down on your mat,” one hollered. I lay down on my belly and closed my eyes. They freaked out, “Noooooo!”
“Get into a push up position!” I did, and stuck my butt way up in the air. “That’s Down Dog!!!” they cried.

And so on it went, as I grinned like someone performing a most clever magic trick.

By the end of the day, we played a second round of “Yogi Says,” and the tray of mini cupcakes was ravaged. I asked for each of them to share something that they had learned about yoga. Here are some of those things:

“On the days when we do yoga, I feel better afterwards.”

“Before we did yoga one time, I was angry about something and after we were done I wasn’t angry anymore.”

“You have to forget about the past and the future.”

I have no illusions about the power of cupcakes for kids—and the rest of us—but I believe that what they shared felt true to them, regardless of the sugar that preceded it.

As they spoke of what yoga had taught them, I knew what those kids, through their experience, had taught me: anything can and does happen. This is true in life, whether teaching “Littles” or not.

I’m grateful to them for the chance to open myself and smile at the truth that needs to be shared…along with cupcakes. 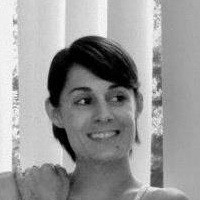