All About the Benjamins. ~ Emma Hudelson 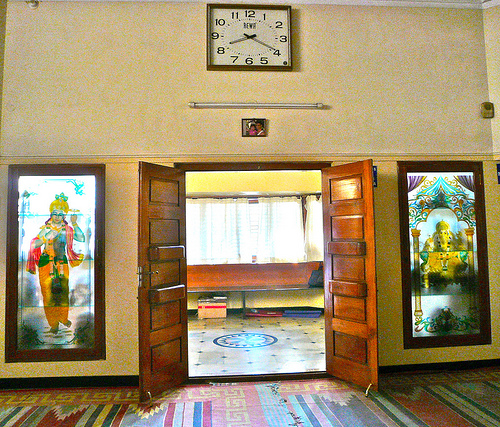 I made a terrible financial decision last month. I left a $40,000 a year salary job with benefits to eke out a living on less than half of that.

I’m swearing off Starbucks and new clothes, giving up an opportunity for international travel, and biking to work to save gas money.

So what’s this new job? I’m a yoga teacher.

I paid almost $3,000 for a Yoga Teacher Training Certificate of Completion I could have made in Microsoft Word and printed off at Kinkos.

I do unpaid training for my job to the tune of 12 hours a week in the form of daily practice. I teach one class a week for free and jump at opportunities for more. I constantly market myself through social media and network with everyone from the checkout guy at Safeway to my marriage counselor.

I love every minute of it.

Every day, since giving my two week’s notice and beginning my career as a yoga teacher, has seemed like an impossible dream. I have the privilege of showing people how to do my favorite activity and get paid for it.

I get to watch their shoulders drop and open, and their eyes go from harried and stressed to focused and calm. At the end of class, I place lavender-scented pillows over their eyes and feel the tension leave their face as I apply gentle pressure to their temples.

I do most of my work from my kitchen table or in a bright, airy studio. I get to wear yoga pants all day and not feel guilty about it.

But just because my new gig is awesome, does that mean I don’t deserve a living wage?

Just because I get paid to promote a lifestyle that includes non-greediness as a main principle, does that make it wrong to ask for fair payment?

Teaching yoga is a skill, just like writing grants or making widgets. People seem to expect that yoga should be just a hobby, that people will teach it for free, for the sheer joy of it, with no payment but the sweat of their students.

It takes time to sequence a class or learn the intricacies of a set sequence. It takes gas to drive to three different classes on opposite sides of town. It takes food to fuel the teacher. Why is it wrong to expect compensation for this?

In a perfect world, it wouldn’t be an issue.

There would be no need for currency at all and we would all do what we loved for free.

Ever seen Star Trek: The Next Generation? I hope we reach that level of economic equality. But sadly, we don’t live in Captain Picard’s world. Not yet.

New teachers, especially, have it bad.

For example, I’m teaching a class that will take up three hours including commute and teaching time and am only guaranteed $10 for the class. When I hinted that that wasn’t really enough, I was told, very kindly, that new teachers aren’t in a position to demand anything. I guess it’s a sad reality.

To be fair, I haven’t been treated this way by all of the studios I’ve approached. Some have been quite fair, offering a decent flat rate plus commission per student, or giving me 100% of the proceeds from my class after rent is covered.

It’s not that the studios are profiting unnecessarily, either.  Most are barely getting by. It’s hard to convince students to spend 15 bucks on a yoga class when they can find a YouTube video for free.

Before this turns into a rant about technology and capitalism, I need to put in a plug for Mysore teachers. Those who teach traditional Ashtanga are also in sad economic shape.

They see the same number of students per class as their non-Mysore counterparts, but it’s spread out over two to six hours instead of one. That means that studios who pay by the head are paying them half as much as their leed class teachers, if not less.

Mysore teachers do more physical labor than the average Hatha or Vinyasa led class instructors. Their classes start long before the sun rises. They travel to Mysore, India, and spend one to three months there every 18 months. They’re typically highly experienced teachers with years and years of practice and teaching under their belt. And they have deep, strong relationships with their students. They know who’s struggling with which pose and which life difficulty. They even know when it’s that time of the month for their female students. They’re the social workers of the yoga world: underpaid, overworked, but making a difference every day (except moon days).

I’m not trying to complain. I promise. My new job rocks, no matter how little I get paid.

I’m trying to rally yoga teachers to stand up for our rights and ask for what we deserve.

It’s valuing our profession, which has done a lot of good for a lot of people.

I don’t like asking for money. It’s uncomfortable. But I can’t let that discomfort stand in the way of asserting my worth.

The monetization of my new profession is a reality. Trust me, I would be much happier in a utopian anarchist commune. The fact that I live in a capitalist economy is an inescapable truth, and it’s okay to ask for fair compensation as a service provider within that economy.

No one becomes a yoga teacher to get rich. I became a yoga teacher because I love it and it’s the best job ever. But I don’t need to let that be an excuse to get poor either. 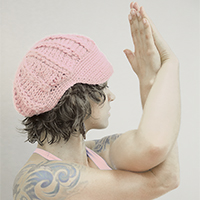