An Ah-ha Moment Brought to You by a Muppet & his Duck. ~ Bridget Dwyer 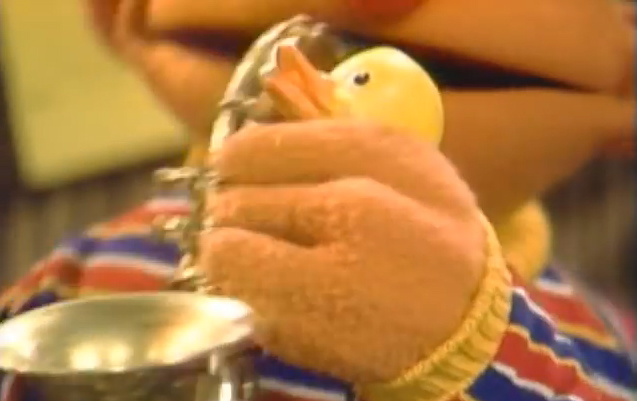 One of the best things about being a Pediatric Nurse, is the ability to have fun while making a difference.

On occasion, when the parent/guardian is not able to be at the bedside, I play the role of caregiver. Other times I am the playmate, confidant or comforter.

It’s an emotional and physical whirlwind to say the least.

“Sesame Street’s Sing Yourself Silly” on VHS, has been ingrained in me since I was about two years old. I think I burned the tape from watching it over and over again. One night at work, an infant patient was not having the day/night sleep schedule we try to maintain, and no one was at bedside. To avoid waking the other patients I brought the little one out to the nurse’s station. This was a prime opportunity to play some YouTube music videos!

Disney and Sesame Street songs are an open guilty pleasure of mine. This was the perfect time to watch, because I had a baby with me! That’s normal, right—babies watching musical cartoons? I think that’s a hard yes.

While watching a YouTube version of “Put Down the Duckie,” bouncing the baby on my leg, and singing along, it hit me.

Literally. The child flailed and hit me in the neck.

But what hit me harder than the strength of that little beast, was the message of Ernie and his Duck. In order to try new things, or pursue our dreams it is imperative we let go of what’s comfortable and what we know in order to progress.

Procrastination is fear’s secret ally, and once we put that damn duckie down we can grow.

All of this from a music video clip.

If you are not familiar I highly suggest you watch the catchy video below. It has been my favorite for the past 23 years. In the mean time here’s the gist:

Ernie wants to play the saxophone with Hoot the Owl and his band. He tries and tries but all he manages is the squeak honk of the rubber duck vs. saxophone territory battle. Hoot tells Ernie, “You gotta put down the duckie if you wanna play the saxophone.” With the help of numerous celebrities (in this version), friends, co-stars alike they beckon Ernie to put down the duckie! Ernie is hesitant. He tries and really thinks he can play with the duck! Well. Once Ernie finally decides on his own accord to put down the duck a beautiful melody flows from his sax as he finishes the song with the band.

So what are some lessons that can be learned?

By clinging to our “rubber ducks” as Ernie did, we hinder our potential and risk unnecessary limitation. Not all attachment though is physical. Our death grip on certain ideas and traditions may also pinhole our potential.

2. What we want and what we are prepared to do to get it, relies on our willingness to try.

You can say you want something all you want, until your lungs burst, but the truth is action breeds results. It doesn’t have to be a magnificent firework display of action but a willingness to try. Put aside the ‘I want’ and replace it with ‘I will try.’

3. Procrastination is a secret ally of fear.

Procrastination is not a stranger in my world. By putting something off, it may seem like simple avoidance because on the other side of action is risk for failure, malfunction, potentially terrible things, and that is scary. When we say maybe later, tomorrow next week next year, eventually, we let fear win. Nike had it right with their slogan of “Just do it.”

Isn’t it nice and cushy on this side of the comfort zone? What’s not so comforting is that the comfort zone entraps. It does not just keep you in, it keeps opportunity out. You look up to the clouds of what if’s floating around. You can squash the what if’s by taking a single step towards what you want. Why not be like Ernie? Rock out with the band. Put the damn duck down. Seize the opportunities that lay beyond that single step.

5. Those who want us to succeed, encourage us.

You don’t need a star studded chorus, and a rallying parade of people in your corner to feel support. Sometimes a pat on the back from a friend is enough. Family, co-workers, significant others and mentors all encourage us in their own way. It may not always be in a rah-rah fashion, but those who want us to succeed lift us up when we feel down and out.

It really is that simple.

All of these lessons we’ve learned from a muppet and his bath toy, resonate the same theme-courage breeding opportunity. The duck would never have been put down without a flicker of courage. Despite risk of failure, humiliation, being a “yes” and trying made it happen.

Courage doesn’t have to be heroic or a giant feat, it’s the simple “yes I will try” and stepping forward. You could have a stadium of supporters, but if you cannot lay your ego aside, put down the duck and just do it you have already failed.

It is only you who can make that choice.

Gather the courage put the duckie down and play on. 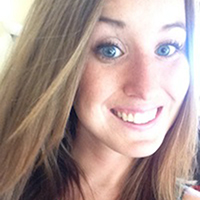