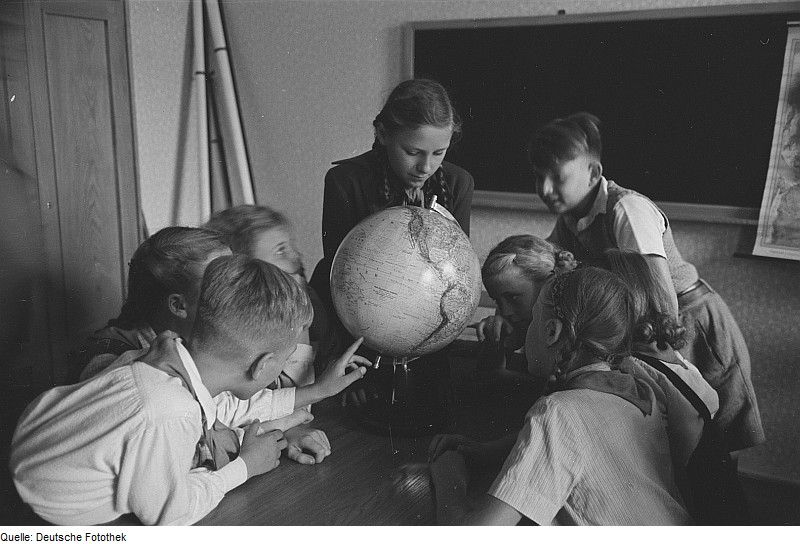 This is an excerpt from Theo’s upcoming book Convergence: The Globalization of Mind.

At an international summit on climate change in 2008, where representatives of the Bush administration held up action, a representative of the tiny Papua New Guinea rallied the delegates. “If for some reason you are not willing to lead…please—get out of the way.”

The crowd roared, and the world applauded, but little changed.

All too often, we possess the will but lack the means to collaborate on global challenges. Together we grope blindly for the stones with which to construct some global institutional architecture under which we might organize our activities. The world cries out for a new organizing principle. We do not yet know what form it will take, whether it will be a global government, a network, or some series of overlapping international accords.

And yet we continue to lay down the foundation, like bees unconsciously building a hive.

Standing on the shoulders of giants, we can just make out, on the distant horizon of human consciousness, the faint contours of a global civilization. Global events now reach the whole world simultaneously. Global elites now share the same networks of friends and acquaintances. Global issues shape national debates, and global institutions condition the scope of national decisions.

Our clothes and computers are each increasingly produced in a multitude of places, while movies and novels are increasingly crafted in a diversity of nations. Friends and neighbors are now more than ever likely to come from a variety of continents, and each of us is likely to identify with an ever more exotic set of references.

As networks, organizations, and production chains are knit ever more tightly across the globe, identifying with the nation of one’s birth and its people over that of others appears increasing senseless. Globalization is not merely an economic or even a political phenomenon. Human identity itself is being globalized, and like a deep gaze into the vast, night firmament, the experience is at one and the same time beautiful and terrifying.

Opening our eyes and ears to the world is overwhelming. We wrestle with what to prioritize, what to value, and how to empathize. We tussle with how to weigh the needs of a malnourished child in Mali, a jailed dissident in Iran, and a flooded villager in Pakistan.

Few have figured out how to keep so many people, places, and issues in mind.

And there seems little place in our hearts for the pain and suffering that are discovered upon opening our eyes. Like the warrior Arjuna before the wondrous display of Krishna’s true Self, most of us who open our eyes in this way will seek at some point to turn the world off.

Global threats are integral to the maturation of global consciousness. Take, for instance, climate change. The dangers are clear. Rising global temperatures are already melting glaciers. But the Himalayan glaciers alone are a primary source of water for the Yangtze, the Yellow, the Indus, the Brahmaputra, the Irrawaddy, and the Mekong Rivers.

Together they feed billions.

And plant and animal species in forest reserves the world over, that evolved to live under restricted climatic conditions, are slowly passing into extinction, incapable of surviving in their current locales and yet unable to migrate from one isolated forest reserve to another.

We are well aware of these dangers, but there is another side to climate change.

Climate change makes us more aware of the living conditions of distant peoples, like the Bangladeshies and Micronesians, whose lives and cultures are threatened by rising tides. And it identifies the world’s wealthiest with the world’s poorest. Each of us faces the same threat, and climate change brings us together to solve it. By placing us all int he same boat it identifies us as part of one human family. At least one historian, Dipesh Chakrabarty, traces the initial rise of global consciousness to the awareness brought about through climate change.

The world’s most daunting challenges are now also a source of strength, for they develop the capacity to think and organize globally. Global crises tend to strengthen global consciousness, and all of them together tend to fortify global institutions.

Crisis is the fertilizer for a growing global civilization.