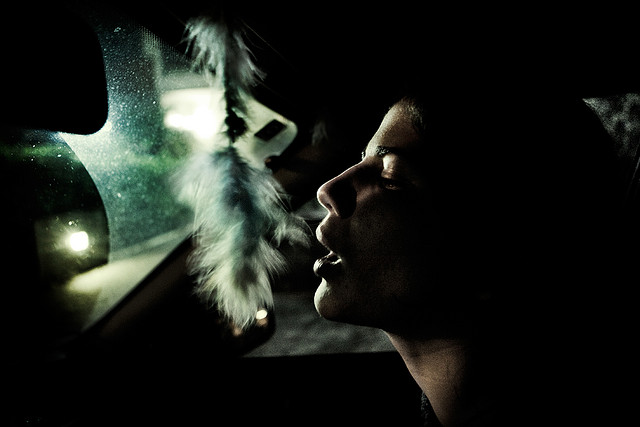 While there is debate and disagreement about the efficacy of yoga in its American form (whether or not it’s broken, if it’s too spiritual or not spiritual enough, if it is too focused on asana), I’m thinking more about the internal mind of yoga practice.

The internal mind, the center of private consciousness, doesn’t have to be labeled as spiritual for me because I know it to be a sanctuary as opposed to an abode for the profane. The word profane is a shortened form of profanity—what most think is a form of swearing.

But ‘profane’ comes from the Latin profanus meaning “outside the temple” or the non-sacred.

Historically, that which resided outside the temple was common, corrupt, unclean and blasphemous. In a physical or geographic sense, I don’t practice in a temple and you probably don’t either, but within the structure of my consciousness—the internal mind—there is sanctuary, or another temple, and that is what some call the place of soul or spirit.

When I engage my practice with the focus and attention it deserves, yoga moves me. My mind retreats from engagement with the profane to a place inside—a sanctuary—that is already sacred. This sanctuary centers my experience of now. In reality, I am moved there almost by default during my practice, for there is nowhere else to go.

I call this place the inward mind because my instructors remind me to let go of outside distractions and thoughts. When I do let go, yoga moves me into my mind by slowing me down through a moving and breathing meditative experience. I call this a breathcentric place. By this I am not proposing to define a term so much as to locate a place, a place within the temple.

In working to visualize this place, I’m taken back to what Robert Moore, senior professor at the Center for Theology, Ethics and the Human Sciences of the Chicago Theological Seminary wrote about when he described the inner structure of the psyche, and how the the diamond body of the unconscious looks like a double-quaternio.

Imagine taking a small pyramid the size of a coffee cup and with the top down, pushing it into a bucket of sand. Now, imagine taking a second pyramid and setting it on top of the first, the base of both pyramids touching. That is an image of the double-quaternio, a diamond shaped structure that can be further illustrated if one imagines splitting these pyramids by centered lines through the axial and sagial planes.

At the absolute center of this structure is your place of breath—a breathcentric sanctuary deep within the psyche which is at the center of both the conscious and unconscious.

The psychological studies of Carl Jung suggests this is a place which all humans share, the collective unconscious. This further suggests that in the breathcentric core of a yoga practice each of us activates the deepest part of our internal minds.

Yoga’s breath work is so important, one could actually call our practice a breathcentric discipline. We focus on breath work every day, right? Every pose is directed by our instructors’ gentle reminders to “inhale,” to “exhale.” My practice starts and ends with breathing, and so does my life.

Yes, I’m a visual learner, but a kinesthetic and existential one too. Perhaps that is why I’m drawn to yoga, for it’s a practice engaging multiple intelligences.

Over the years, I’ve lived in at least 20 cities, and I have used my bicycle as a discovery tool. I used to tell myself that I didn’t really know a place until I had biked through it. My journeys of discovery were joyful, taking me through small towns at night down the middle of deserted streets, through highway lanes heavy with morning commuter traffic, up and down the rolling green hills of bordering countrysides, between downtown business centers, along rivers and through parks.

I’d say I pedaled the bike trails too, but in my bicycling days there were no bicycle trails, no artistically adorned bicycle racks, no bike lanes on city avenues, no bike commuters—except me.

But after I was done biking through a city, I had a feel and a vision of my new place and I called it home, so too with my efforts to locate my breathcentric practice. I want to know where it is, how it is, how it feels, what it looks like.

There’s much to do instead of wasting energy arguing over the efficacy of the American expression of yoga.

I think I’ve found grounding to my questions, and for what it’s worth, here is my recipe for activating a breathcentric yoga map:

Once you start, I’m sure you will discover where that place of grounding is for you, and then we will have good things to talk about.