On Drunkenness: What is too Much & Why does it Matter? 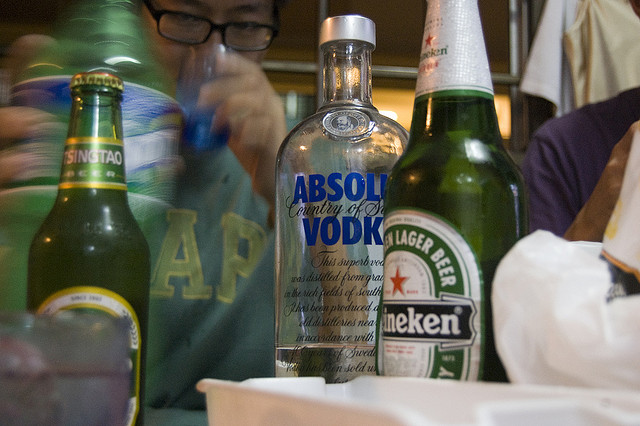 Once upon a time, my experience with drunkenness largely boiled down to schaudenfreude and fun.

I considered the drunken antics and embarrassments of others to be a great source of entertainment. I also loved interacting with the silliness, the openness and the tomfoolery that often ensued when friends or strangers drank to excess.

Slowly, I have come to take a more sober view of the issue (no pun intended). Sure, I still enjoy being surrounded by happy, tipsy, friendly peers, but unfortunately that is only one potential outcome amongst many darker ones.

Alcohol is a terrible drug. Anyone who has known an alcoholic, made a drunken decision they would live to regret, or paid attention to the discourse around rape and women’s safety will agree.

Alcohol— when overused, misused or abused— turns people into something less than their best selves. To top it off, it renders them unaware that they are falling short of their own standards, fooling them, even, into feeling funnier, more likeable, or more attractive. And at the end of the day, alcohol excuses the worst of behavior. Our society forgives in advance the drunken advances of a rapist, and condemns without justice the drunken victim.

Of course, alcohol in of itself is not evil. Most of us probably enjoy drinking—be it a couple cocktails in a social setting, a glass of wine with dinner, or a rowdy night out with friends.

But our drinking culture has never been one of moderation, and it is crucial to understand the meaning of too much.

Well okay, then, it’s all good.

What is too much for our bodies? There is plenty of debate on this subject, and prominent journalist and NY Times columnist, Mark Bittman, has recently weighed in with his piece, The Drinker’s Manifesto. The C.D.C. defines “too much” as 15 drinks per week—even less for women—and generally wields the crude rationale that drinking is bad, period.

Others, like Bittman, consider these guidelines arbitrary and unrefined.

There is plenty of evidence that alcohol, in moderation, can be part of a healthy pattern of consumption, and that your body will forgive your excesses.

What is too much for others? If you are a drunk a**hole, you probably already know it, since somebody has probably said those exact words to you. If you are physically or verbally violent after drinking, then you are drinking too much. If you find yourself saying hurtful things you would never say while sober, or engaging in behavior upsetting to those around you, you are drinking too much.

Basically, if the next morning you must apologize by saying, “I’m sorry. I was drunk. It wasn’t me—I swear,” then you are drinking too much.

(NB: It is always you. Just because the media, the music industry, and the justice system seem to make allowances for the influence of alcohol, that fact does not change. To my mind, alcohol is never a legitimate excuse.)

When your actions only impact yourself, ultimately you must decide when it is too much, but when your choices harm others in any way, your drunkenness is no longer your own business. And remember, harming yourself often harms those who love you, too—the division between self and others with which I began quickly blurs. If you have children, partners, friends, or even neighbors who care about you, then the damage you inflict on yourself is not just about you.

The first step to solving a problem is always recognizing the problem’s existence. So if you see your reflection in my words, I urge you to have a serious, open conversation with yourself.

Where do you stand on the use-abuse-revelry-destructiveness continuum?

Who am I, you may wonder, to say anything at all to you?

I am your daughter who cries when you knock things over late at night. I am your wife who suffers the brunt of your drunken anger. I am your friend who worries when you text her in the middle of the night, lost and alone. I am a person who has known you at your best, most caring, most noble and kind, and I will not settle for anything less.